The incident took place on July 16 in a police chase that went from Parma to Madison Township. 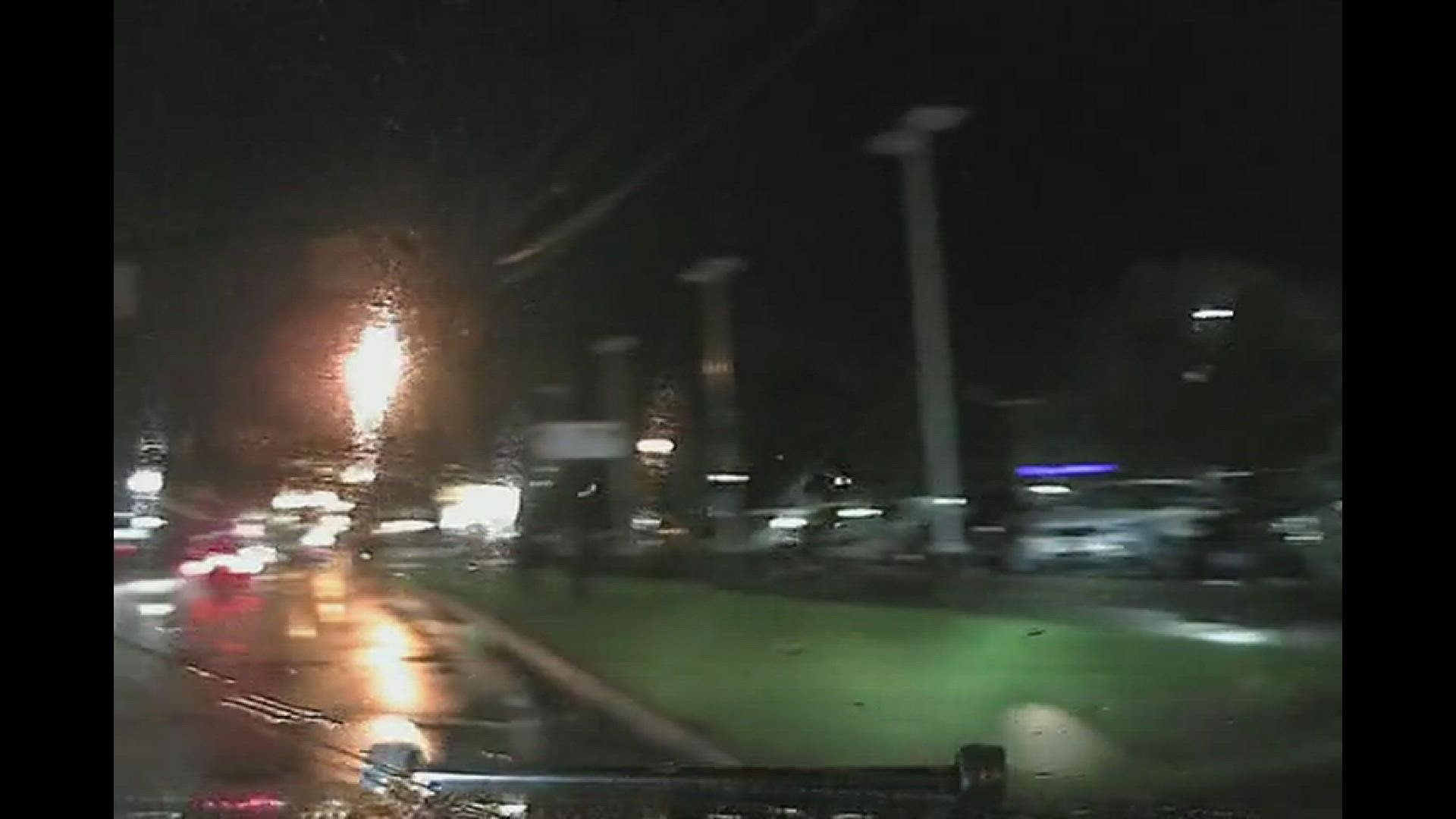 PARMA, Ohio — A Parma man is facing additional charges after allegedly firing gunshots during a pursuit that left at least one officer injured last month.

42-year-old Dennis Dranse Jr. now faces charges of attempted aggravated murder of a law enforcement officer, felonious assault, failure to comply, tampering with evidence, discharge of a firearm over a public road, having weapons under disability, improper handling of a firearm in a motor vehicle, and obstructing official business.

According to Parma Police, the pursuit began at 11:42 p.m. on Friday, July 16 as officers initiated a traffic stop at the intersection of Pearl Rd. at Brookpark Rd. After officers attempted to stop the white Chevrolet Tahoe with dark tinted windows and no visible plate, the driver -- later identified as Dennis Earl Dranse -- failed to comply and fled northbound on Pearl Rd.

The pursuit proceeded onto I-90 EB toward Erie, PA, with officers from the Bratenahl Police Department, Willoughby Hills Police Department and Ohio State Highway Patrol joining the pursuit. A Madison Township Police officer successfully deployed a spike strip and was injured after the suspect vehicle struck the spike strip.

The suspect vehicle slowed to a stop after passing Exit 212 with its two occupants exiting out of the passenger side door. Both occupants were found following a search into the densely wooded area south of the highway which they fled.

In addition to announcing the updated charges against Dranse on Wednesday, Parma police released redacted dash cam video. At the 4:10 mark, you can hear four distinct gunshots. You can also see the muzzleflash of the second shot and the officer swerves to the right to avoid being in the line of fire. At approximately the 4:38 mark, it sounds like Dranse may have fired another shot at officers as he is turning left onto the onramp of 176-N.

Around the 7:51 mark on the video, it was fast forwarded to the location where the pursuit was terminated (Madison area) and you can see the suspect flee from the vehicle out of the passenger side door. Near the end of the video, after the officer moves his vehicle up and off of the highway, you can see how dense the vegetation is in the area where Dranse fled to. One spent shell casing was found on Denison Ave. where Dranse fired the four shots at officers and one spent shell casing was found in the area of the onramp and Denison Ave. Three spent shell casing were later located inside of the suspect’s vehicle.