Patrick DeChant, a social studies teacher, is accused of attempting to meet an undercover agent he thought was a 15-year-old boy. 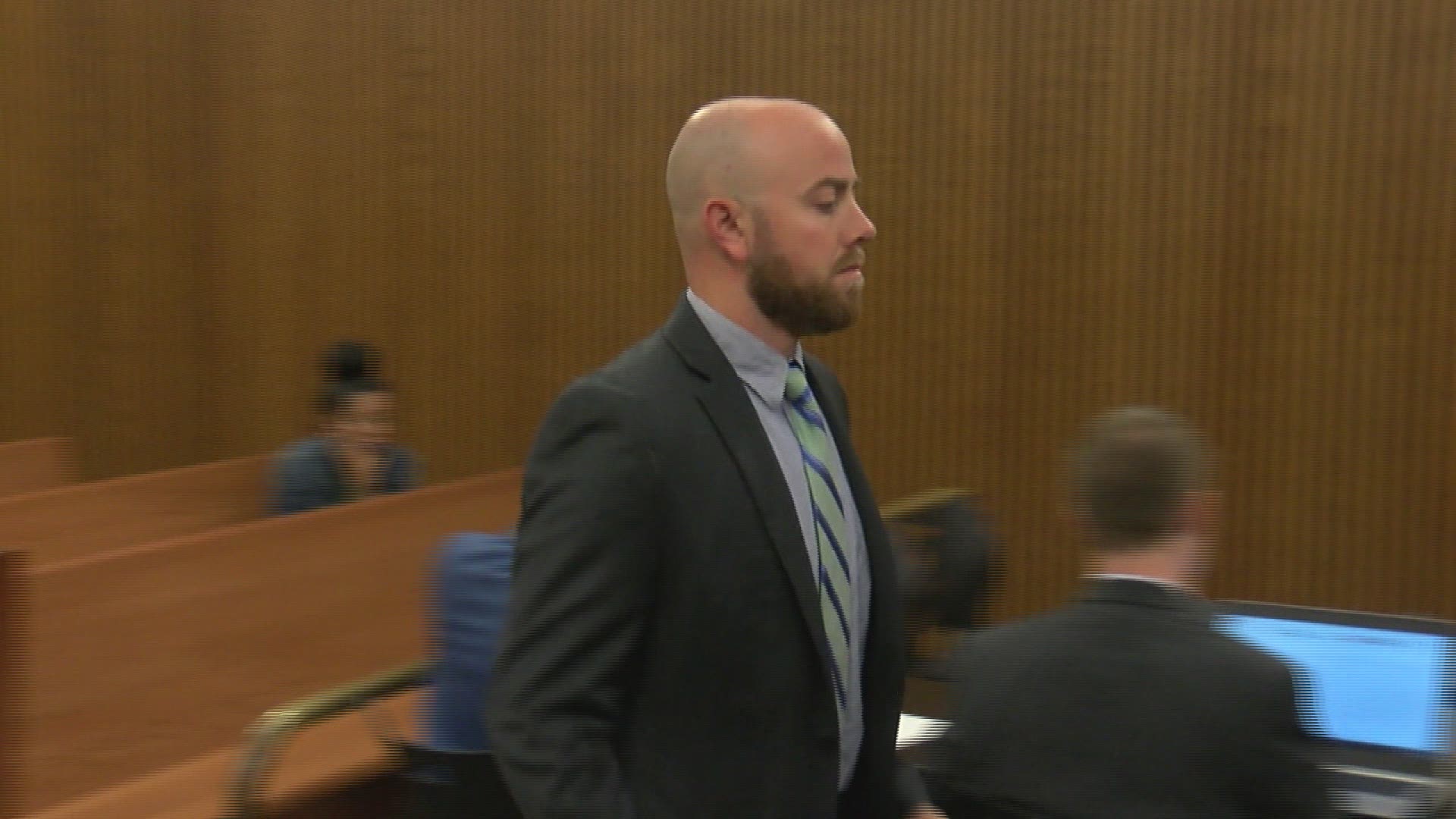 LAKEWOOD, Ohio — Bond was continued Monday for a St. Edward High School teacher accused of using the internet in attempt to meet a teen boy for sex.

Patrick DeChant, 32, appeared in Cuyahoga County Common Pleas Court Monday morning. Court records show he was released from jail after posting 10% of a $25,000 bond Thursday. He is charged with corruption of a minor.

DeChant was under investigation by the Internet Crimes Against Children Task Force since mid-September. Law enforcement sources say he had an online conversation with someone he thought was a 15-year-old boy. It was actually a task force agent.

Later, DeChant agreed online to meet someone he thought was a boy in an effort to engage in sexual conduct. Instead, he was met by task force agents, sources said.

However, Clerk of Courts Nailah Byrd refused to release DeChant's court file Friday, based on advice from county prosecutors, who contend the entire file is confidential law enforcement records.

Court files are usually open to the public unless sealed on a judge's order.

At about 5:30 p.m. Friday, prosecutors finally released three pages from the court file.

A spokesman said ICAC's use of a photo depicting their arrest of DeChant posted by agents on the agency's Facebook page prompted them to waive the confidential law enforcement record exemption.

DeChant and his family are long-time members of the St. Edward community, and his arrest stunned the school and families.

"Yesterday, we learned that Patrick DeChant, a member of our Social Studies faculty, was arrested on multiple criminal charges," principal KC McKenna said in a statement. "As a result, Mr. DeChant has been suspended and instructed to have no contact with students or anyone else in the St. Edward High School community. We have informed our faculty, staff and parents about these charges. According to authorities, these charges do not involve any St. Edward students.

"Mr. DeChant joined our faculty in 2015. As is our policy, we conducted a background check before he was hired, and no issues were reported.

"We take very seriously our responsibility to create a safe environment for everyone in our community, especially our students. These are very troubling allegations, and we will cooperate fully with the criminal investigation.

"We will trust the criminal justice system to handle the investigation, while reminding our students how important it is to tell a trusted adult anytime they have concerns about another’s behavior. Meanwhile, we are praying for everyone involved."

McKenna and St. Edward president Jim Kubacki sent a letter to parents and guardians and assured "the allegations do not involve a St. Edward student."