Police are asking for the public's help in identifying the driver or the vehicle involved in the hit-and-run on August 28. 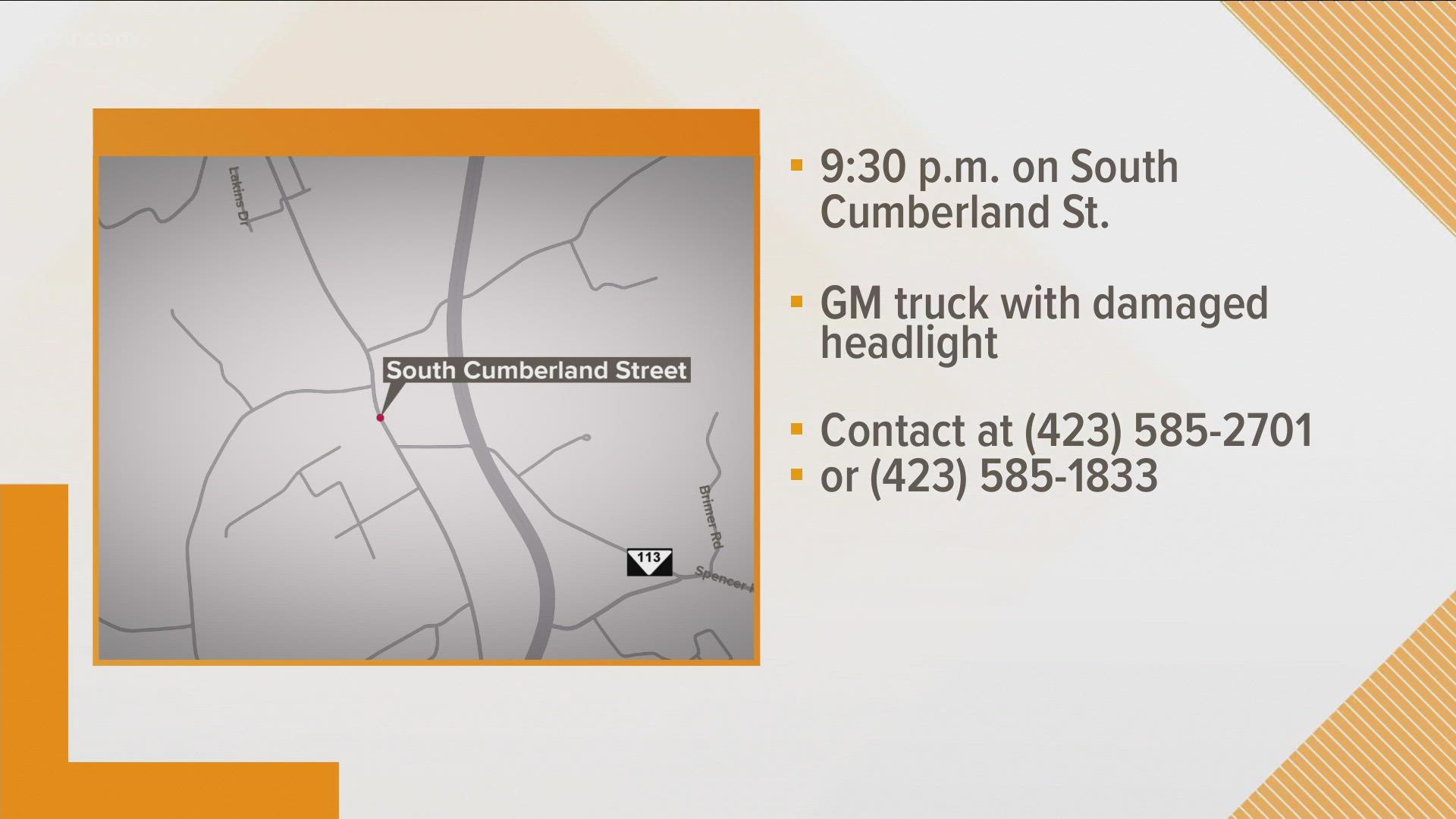 MORRISTOWN, Tenn. — The Morristown Police Department is asking for help in tracking down the driver or vehicle involved in a deadly hit-and-run on Saturday.

Police said Angela Lane, 48, of Morristown was walking her dog on South Cumberland near Highway 160 around 9:30 p.m. on August 28 when she and her dog were struck by a vehicle and killed.

According to police, the vehicle had left the scene before officers had arrived.

Police believe the driver was possibly driving a 1990 to 2003 truck made by General Motors and would have a damaged headlight and front-end damage.