'I assume you are a dangerous person': Suspect in Perry Nuclear Power Plant incident arraigned in Painesville Municipal Court

Michael D. Fogelsong was arraigned on one misdemeanor charge. 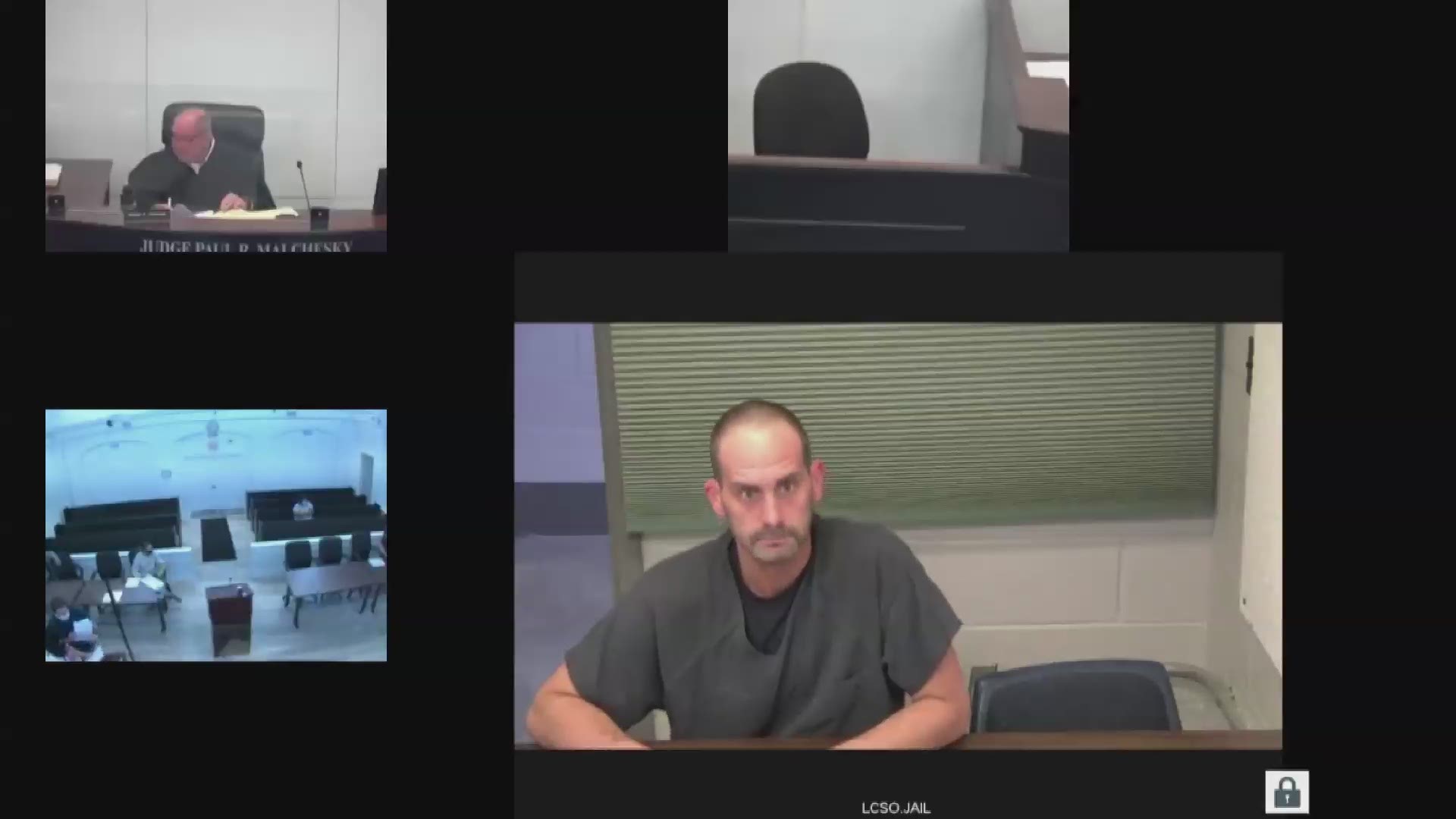 Michael D. Fogelsong was arraigned in Painesville Municipal Court on one charge of criminal trespassing. That charge is a 4th degree misdemeanor. He pleaded not guilty.

Retired Judge Michael Cicconetti, who was filling in in Painesville Municipal Court, questioned why the charge Fogelsong pleaded to was only one misdemeanor, considering Fogelsong's criminal history.

Judge Cicconetti said in court that Fogelsong had previously been charged with larceny of a firearm and larceny after breaking and entering, both felonies, in the state of South Carolina back in 2011.

The judge also said he didn't understand why Fogelsong only faces a misdemeanor charge in the incident at the nuclear power plant.

"So there is some type of history here. Why you're only charged with a misdemeanor of the fourth degree, I don't know. There is no one here to explain that. But based on that, and going into a nuclear power plant and at least from the public reports, I assume you are a dangerous person," Judge Cicconetti told Folgelsong in court.

When it came time to set bail, Judge Cicconetti told Fogelsong he was going to set a bond that would keep Fogelsong behind bars until the judge could get some answers about the charges he faces. That's when things got a bit heated. Fogelsong told the judge that he needed to get out of jail because he didn't remember traveling to Perry and "something is going on" with his body that he didn't understand.

"If there's a mental health issue here, which apparently you're telling me there is, that's all the more reason to keep you confined until such time we're able to have you evaluated," the judge said.

Fogelsong was visibly upset and attempted to argue, but the judge cut him off.

"Now, listen to me!" Cicconetti yelled over Fogelsong. "I'm gonna keep you there because I'm sick and damn tired of people coming in here and saying 'I have mental health issues,' then we release them out, and what happens? They end up going shooting people."

Fogelsong was charged for the incident on Wednesday night, when police were called to the nuclear facility for what they deemed a "law enforcement situation."

"Upon arrival, it was found that the male had driven a pickup truck pulling an enclosed trailer to the entrance of the facility," according to a press release from the Lake County Sheriff's Office. "When confronted by plant security, the male claimed to have a bomb in the trailer."

Police inspected the pickup truck and enclosed trailer, they found no bombs or any other dangerous materials.

Fogelsong was booked into the Lake County Jail on charges of making false alarms (a third-degree felony) and aggravated trespass (a first-degree misdemeanor). The 4th degree misdemeanor charge he was arraigned on Friday carries a possible maximum sentence of 30 days in jail.

EDITOR'S NOTE: The video in the player below originally aired on April 7, 2021.

RELATED: Report: FirstEnergy near deal to give billionaire Carl Icahn two seats on company's board