The driver of the vehicle was arrested. 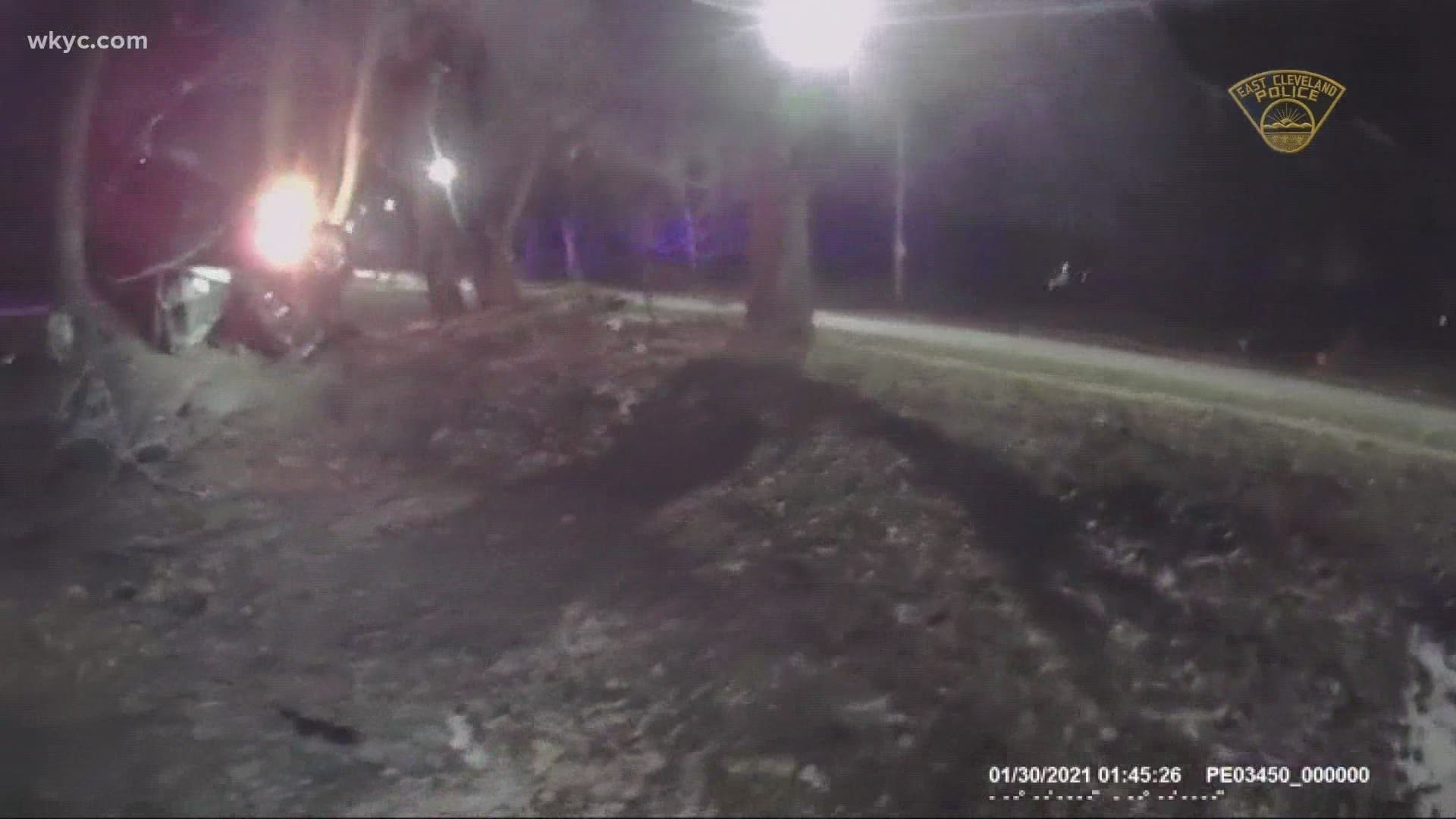 CLEVELAND — One person is dead after a car allegedly trying to flee East Cleveland police crashed into a tree on Cleveland's east side early Saturday morning.

Chief Scott Gardner says officers first "engaged" the vehicle at a Marathon Gas Station around 12:35 a.m., believing it was "involved in drug activity." The driver later fled before losing control and crashing neat East 110th Street and Lakeview Avenue, where authorities pulled the driver out as the vehicle became "engulfed in flames."

The driver, identified as Ryan Pete Lavell Clemmons, is accused of continuing to fight with cops and was eventually arrested with two loaded firearms on his person. Police say they could not rescue any possible victims from the car due to the fire, and only determined later that a passenger died inside.