One of the pictured individuals can be seen with what looks like a sawed-off shotgun, though the photographer says it's just camera equipment. 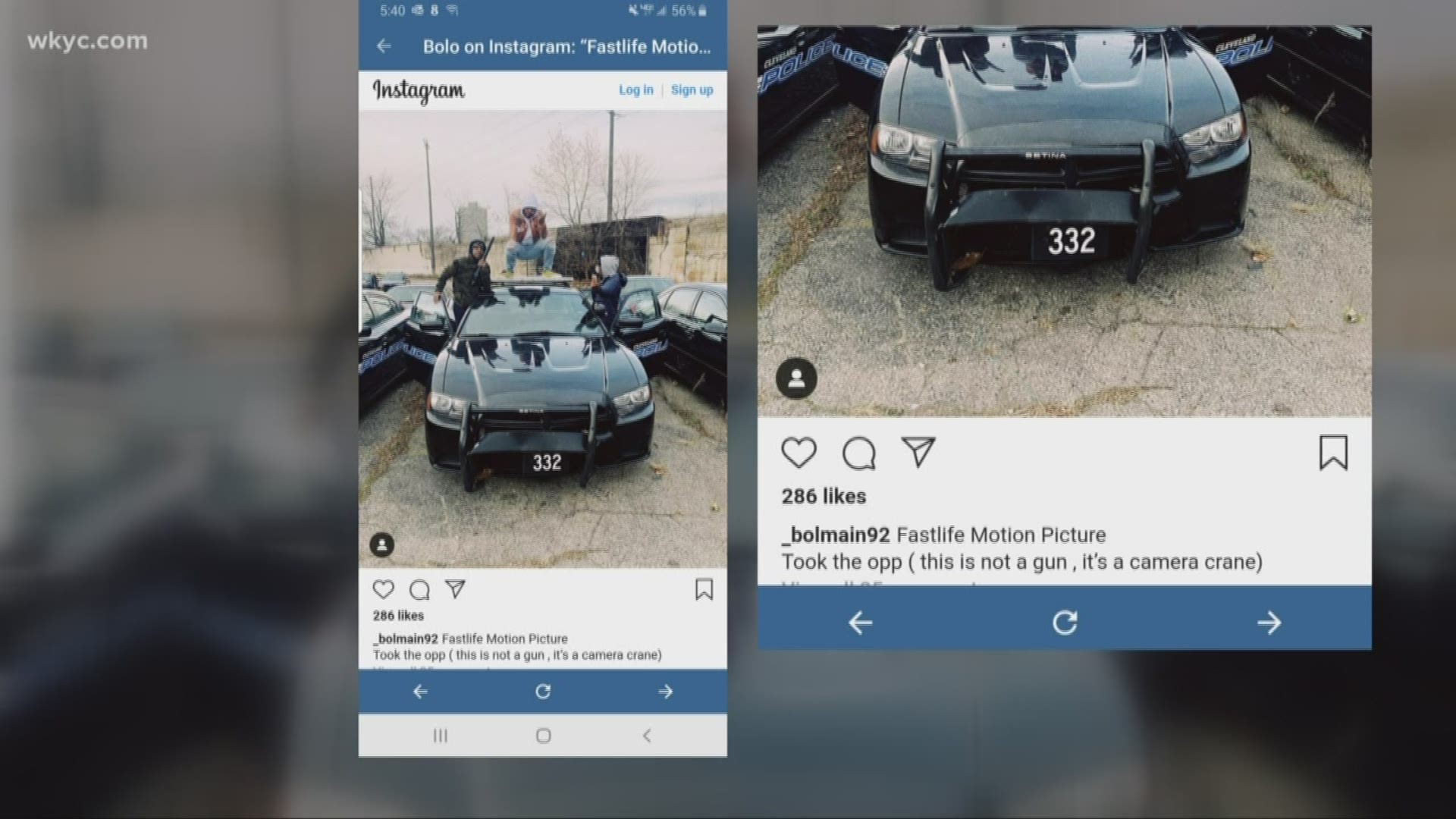 CLEVELAND — A photo showing three people standing on a Cleveland police cruiser while it was sitting unoccupied in a parking lot is in fact real, officials confirm to 3News.

The picture was posted on social media. It shows the vehicle with its doors open and one individual standing on top of the roof sirens while the other two stand on the sides. The person on the far right can be seen holding what appears to be a sawed-off shotgun.

According to the Cleveland Division of Police, the photo appears to have been taken at their maintenance facility at E. 55th Street and Carnegie Avenue that is not fenced in, making it relatively accessible to anyone. The car in question was apparently involved in a crash that led to its locks being broken and is currently slated for repairs.

The force adds that nothing appears to have been stolen from the cruiser, and that the alleged shotgun seen in the photo was not a police-issued firearm. It is unknown when the photo was taken, what its purpose was, or who the three individuals are.

"The City of Cleveland Division of Police does not permit the use of our police vehicles or logos for publication/production purposes without permission granted by the City of Cleveland Department of Law. Anyone who witnesses criminal activity, including trespassing on city property, is asked to contact law enforcement."

The person who originally posted the photo followed with an update on Instagram, claiming the object that looked like a gun was actually a camera stabilizer.

As 3News is currently unable to verify the ages of those in the picture, we have made the decision to blur their faces at this time.