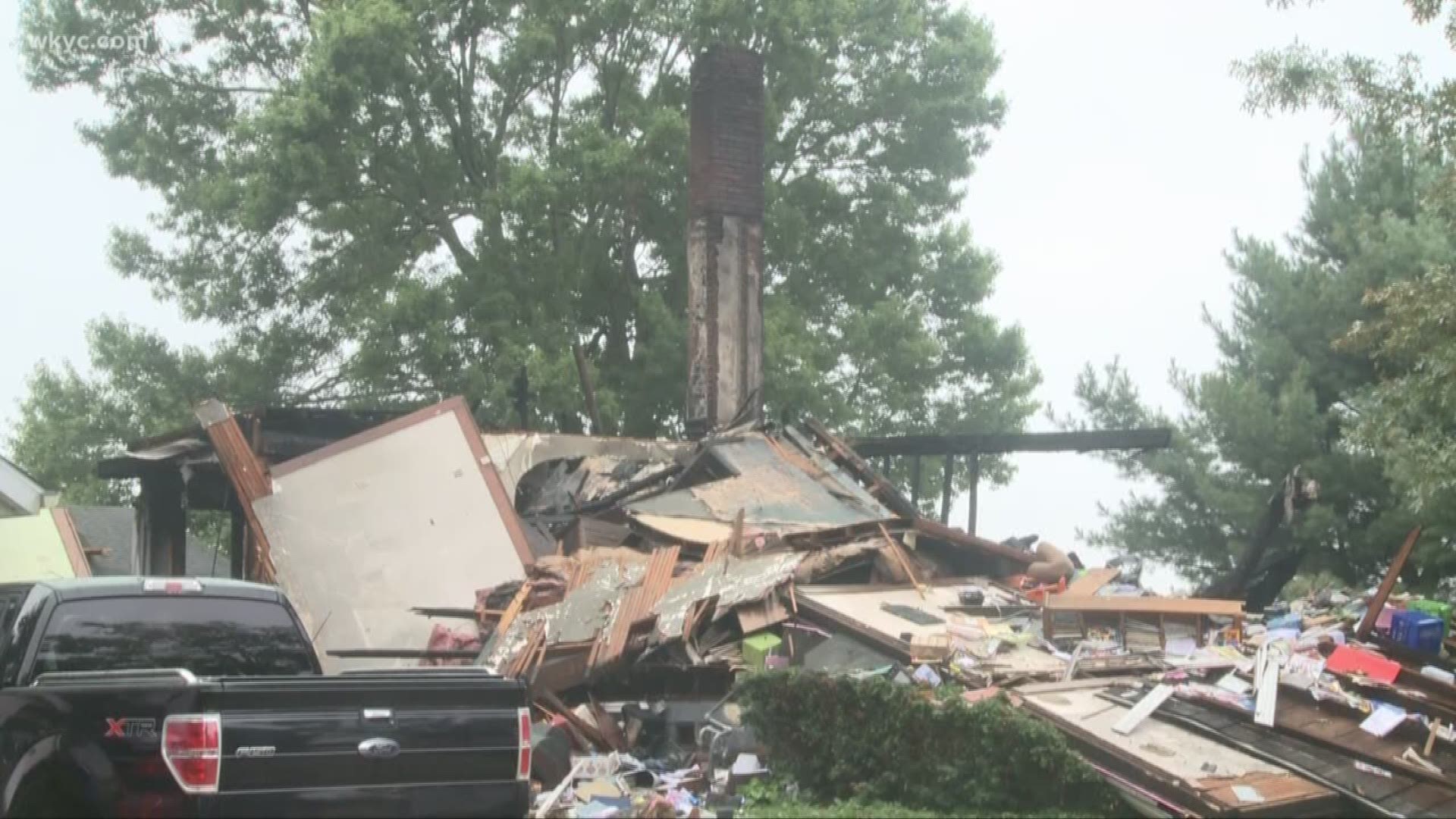 STERLING, Ohio — An early morning house explosion in Wayne County is being investigated as a hate crime.

Capt. Doug Hunter of the Wayne County Sheriff’s Department said that racial slurs were found spray painted at the property where the home exploded and collapsed Wednesday in the 6700 block of Spruce Street in Sterling.

Sheriff Travis Hutchinson said the home's garage and two of the neighbor's cars were covered by racial slurs and a Swastika.

"We're not going to tolerate that type of activity and behavior here," he said. "We're going to make sure that we use all the resources available to us, including the FBI, state fire marshal and our office, and any other agency we need to bring in to fully investigate this."

No one was home at the time of the explosion, as the home has been unoccupied since an electrical fire occurred there last month. The couple was planning on moving back into the home Sept. 3.

Homeowner Angela Fraze said she received a call from a neighbor around 12:47 a.m. At first, they thought the home had been struck by lightning, but soon realized a full explosion had occurred. 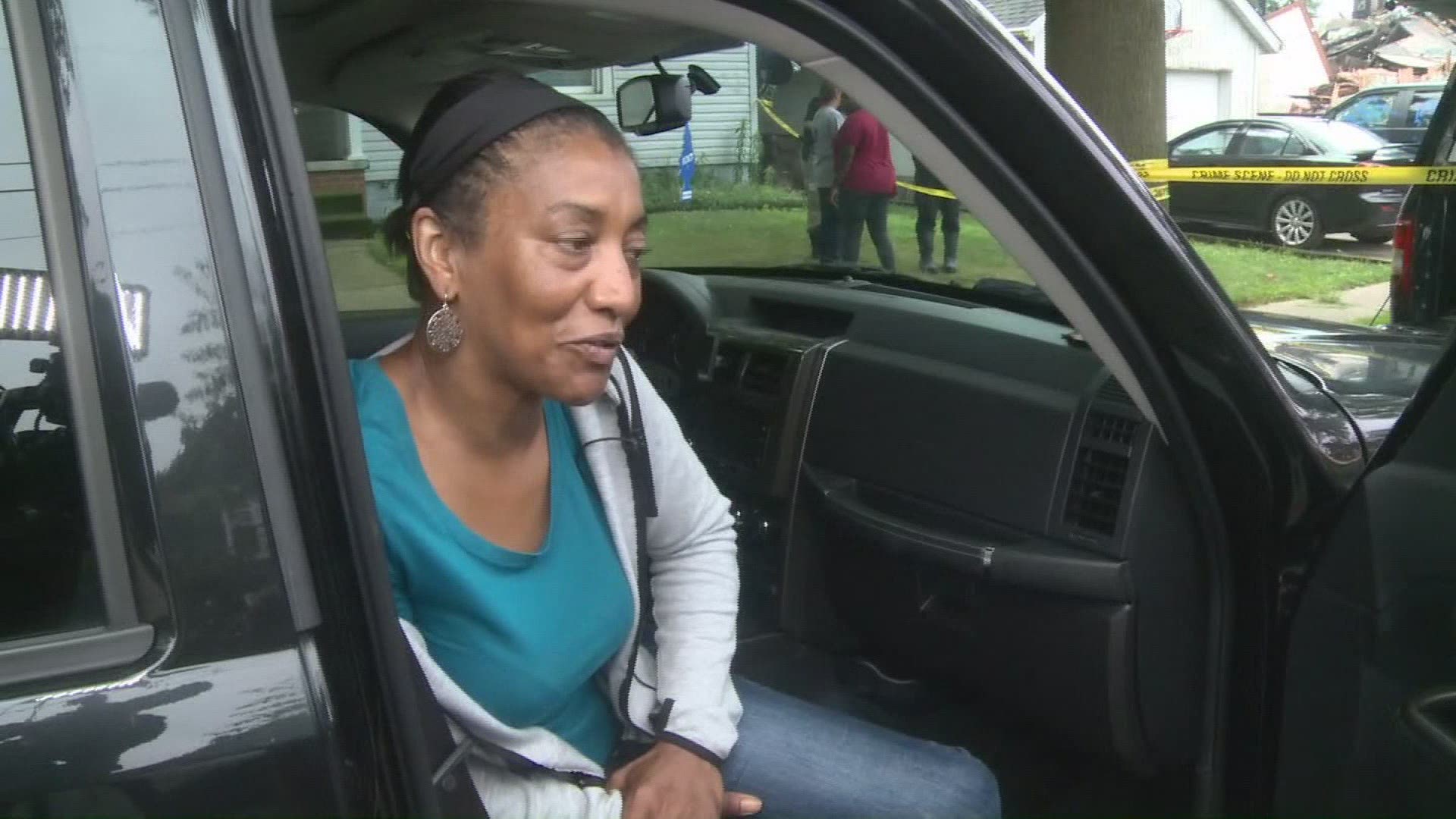 Hutchinson said the explosion is being investigated as an intentional hate crime due to the home's vacancy, meaning there was no electricity or gas.

The Ohio Department of Commerce says the Sterling Fire District was called to the home Tuesday after an unknown person tried to ignite the home by filling it with natural gas and turning the stove burner on, but utilities were disconnected.

Construction crews were at the house yesterday, and a gas company had been called to the scene. A deputy also responded, and the house was cleared. No graffiti or racial slurs were on the property at that time.

Fire marshals will now sift through the debris to determine the fire's cause and search for an accelerant. A sign placed on the property says a $5,000 reward is available to anyone who can provide suspect information to authorities.

Hutchinson said hate crimes had not been a previous problem at the home. Fraze said she and her husband lived there 23 years and never experienced any issues, adding that they were close with their neighbors and everyone looked out for each other.

Fraze said her husband is taking the incident hard, adding that he doesn't want to rebuild their new home at the same property in fear that they could be targeted again. She said she has no idea who may have committed the crime.

The shock of the racial slurs has hit the couple hard, and Fraze said ending racism and hate starts at the top of our country's leadership.

"For one person that runs our country, some of the things he has said that I think has stirred up a lot of racism and hatred in our country that doesn't need to be," she said. "To live here this long and nothing ever happened... Now, all of a sudden. Where's it coming from now?"

Despite the shock and heartbreak Fraze and her husband are facing, a small miracle surfaced Wednesday morning. Fraze lost her brother, Shawn, a few years ago, and all her mementos of him were inside the house. On Wednesday morning, Fraze's friend found a small patch remembering Shawn amid the rubble.

"I guess it was meant to be found," Fraze said.