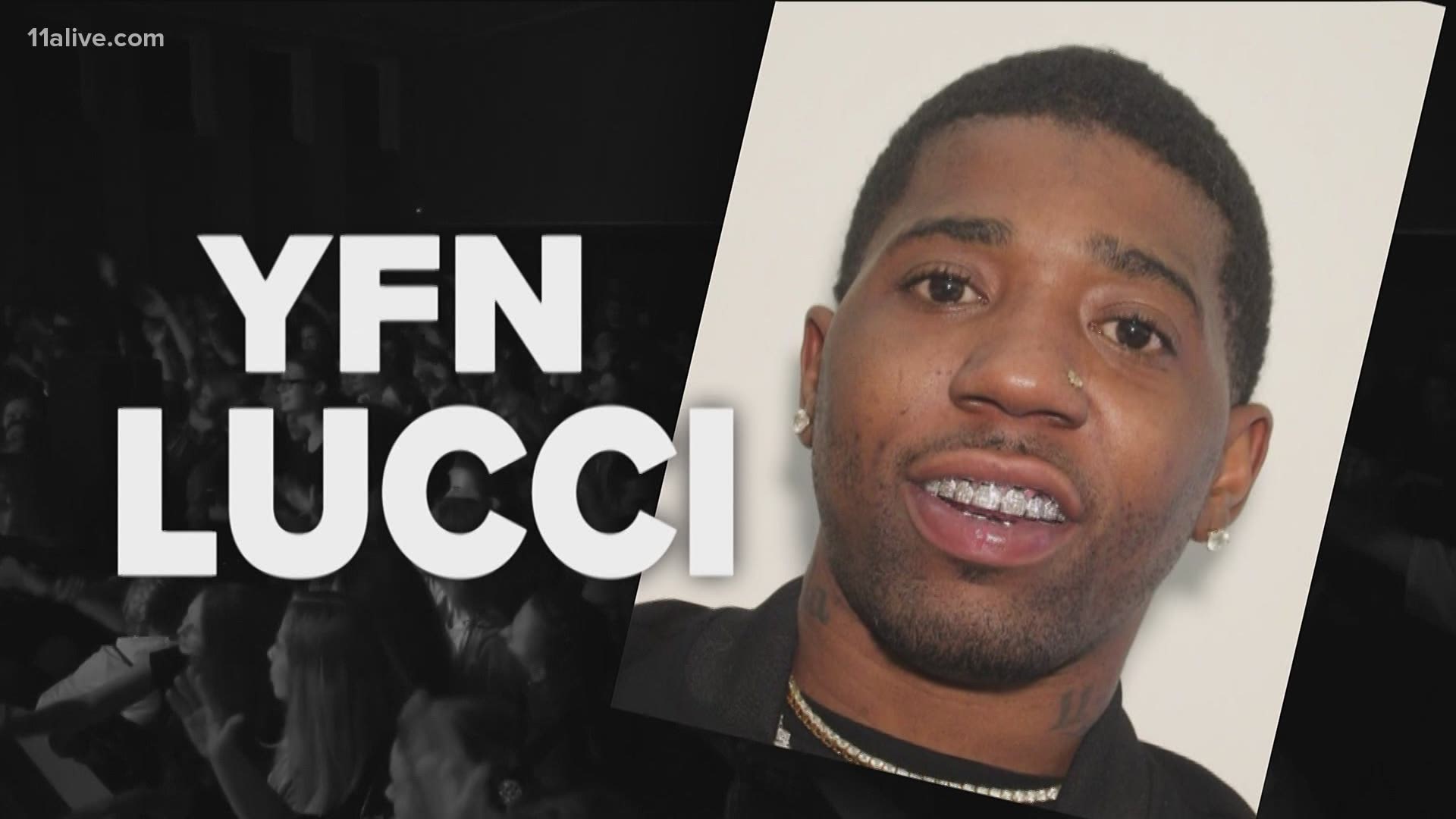 ATLANTA — Homicide investigators in Atlanta are asking for help from the public in locating 29-year-old rapper YFN Lucci --  whose name is Rayshawn Bennett.

According to Atlanta Police Sgt. John Chafee, Bennett is wanted on multiple charges in connection with his alleged role in the Dec. 10 shooting death of 28-year-old James Adams.

Chafee said that police officers were dispatched to a location in the 900 block of Peeples Street, S.W., at about 5:20 p.m. on that Thursday afternoon after receiving a call about someone shot.

When they arrived, Chafee said, officers found 28-year-old James Adams lying in the street suffering from a gunshot wound to the head.

Grady EMTs along with Atlanta Fire-Rescue crews arrived at the scene and rendered medical aid, Chafee said. After Adams was transported to Grady Memorial Hospital in downtown Atlanta, he died from his injuries.

Atlanta Police homicide investigators responded to both locations to begin their investigation. Over the course of their probe, Chafee said, they were able to determine that the two shootings were likely related.

They ultimately identified three individuals tied to the shootings, he said. Two of the men were apprehended, while Bennett remains at large.

According to Chafee, 17-year-old Leroy Pitts was apprehended and charged with felony murder, aggravated assault, participation in criminal street gang activity, and possession of a firearm during the commission of a felony.

Bennett is facing charges of felony murder, aggravated assault, participation in criminal street gang activity and possession of a firearm during the commission of a felony.

Investigators are still looking for Bennett and asking anyone with information about his whereabouts is asked to call CrimeStoppers Atlanta at 404-577-TIPS, or online at StopCrimeATL.com.

People who provide at tip to CrimeStoppers do not have to provide their name or leave any identifying information to be eligible for the reward of up to $5,000 for information leading to the arrest and indictment of the suspect.