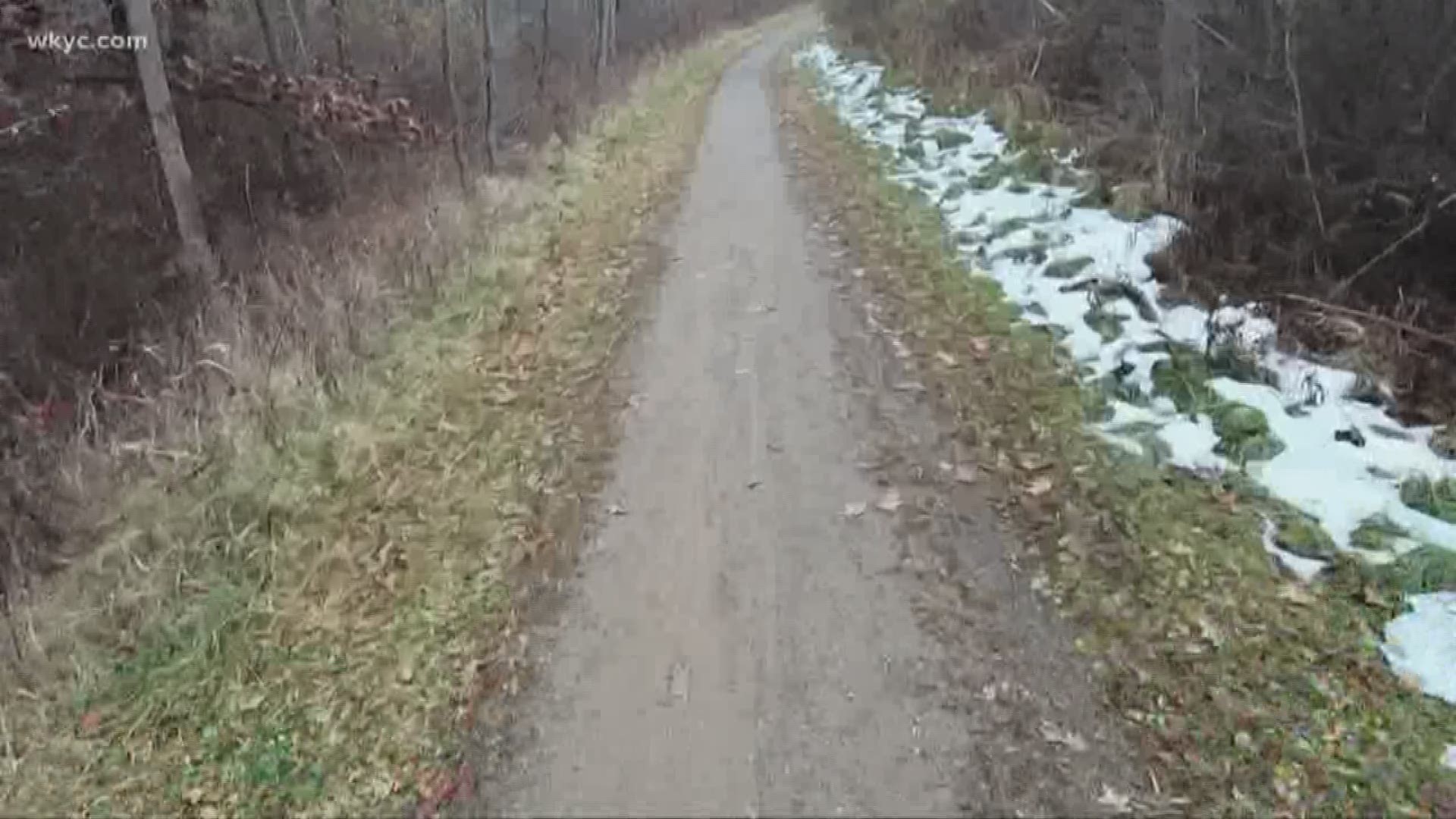 SAGAMORE HILLS, Ohio — Cuyahoga Valley National Park’s 33,000 acres are a runner’s refuge, offering scenic routes and plenty of solitude. It’s the kind of place runners like to go to lose themselves in exercise.

But park officials say a man assaulted a female runner over the weekend on a less-traveled trail in Sagamore Hills.

“At 11:30 a.m. on Sunday morning, a woman who was running on the old trail was assaulted,” Park Ranger Jennie Vasarhelyi said Tuesday. “She was able to get away so she was not injured. So now, what we are doing, is we are asking for public help for any kind of tips that can help us identify who the assailant was."

The woman was running on Old Carriage Trail, which is accessed from Holzhauer Road and from the Towpath Trail below. A man assaulted the runner on the northern portion of the trail loop, Vasarhelyi said.

Vasarhelyi said crime is low in the park and that no other assaults have been reported recently.

Park officials and runners are using the incident to remind people about safety.

“A lot of times, people become pretty habitual with the places they go and the places they run,” he said. “And we always stress the importance of making sure your changing those, this way it doesn’t become a consistent pattern that maybe somebody can potentially pick up on.”

Rucci says it’s also a good idea to tell someone where you plan to run. This, he said, should allow you to enjoy the park a little more.

"It's beautiful, it offers a place of solitude, it’s an escape from day to day life."

National Park Service rangers and local law enforcement officials are investigating this crime. If you have information that could help solve this case, please contact the National Park Service's Investigative Services Branch (ISB). Call or text the ISB Tip Line at 888-653-0009. Tips can be submitted online by visiting http://www.nps.gov/isb and clicking "Submit a Tip."