58-year-old Sandusky woman arrested after leaving her dog in a hot car as a punishment, killing 6-month-old pup

The woman is currently being held without bond at the Erie County Jail. 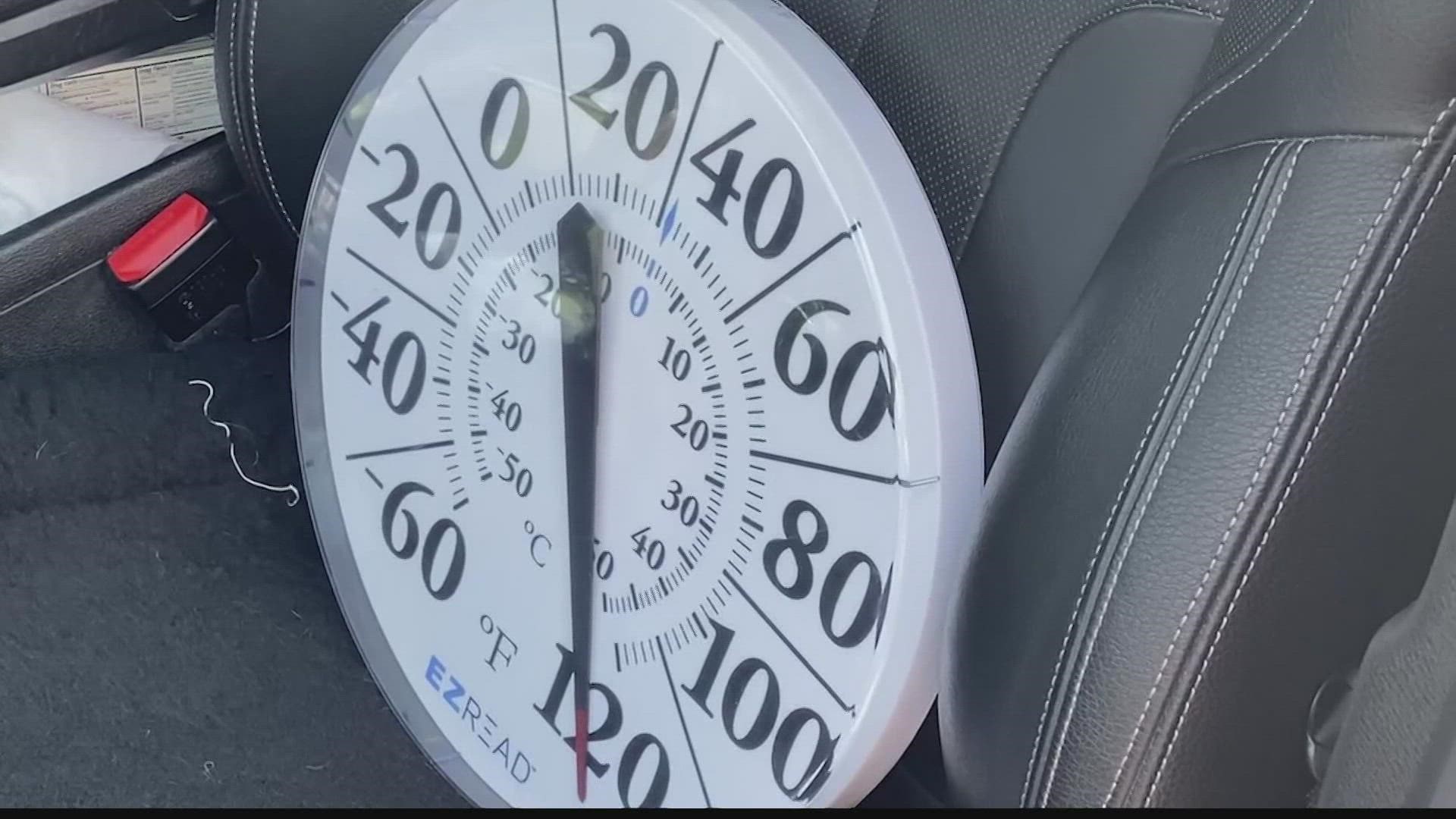 SANDUSKY, Ohio — Editor's note: The video in the player above is from an unrelated story published by WKYC's sister station.

A Sandusky woman is in the Erie County Jail today after being charged with Cruelty to Animals for allegedly leaving one of her dogs in a hot car as a punishment, killing the dog.

The woman, 58-year-old Mouheb Ashakih, is currently being held without bond after neighbors and police say the woman threw her animal in the back of her car on a day where temperatures were well into the 80s, locking the dog inside without any ventilation.

According to a police report, the incident occurred in the 1000 block of Perry Street Saturday evening. Neighbors called police after seeing the woman throw her six-month-old pitbull Chapo in the back of her maroon Toyota Camry. The neighbor also told officers with the Sandusky Police Department that he observed the dog tearing up the insides of the vehicle in an attempt to get out.

The neighbor allegedly then approached Mouheb with his concerns for the dog's safety, to which she allegedly said "I don't care. I want him to die." That is when the neighbor officially called police.

Upon arrival, officers located Mouheb and the woman confirmed to police repeatedly that she left the six-month-old pitbull in her car after it attacked another one of her other dogs. Police noted at the time of this discussion with the suspect, the temperature was 81 degrees. The woman then confirmed that she had never removed the dog from her vehicle and officers rushed to the car in an attempt to rescue the animal.

Police officers immediately noticed while looking into the car that the dog was either passed out or deceased in the back of the vehicle. All of the car's windows were closed and all doors were locked.

*CAUTION: The following details may be hard for some to read

Once Mouheb arrived at her vehicle behind officers and noticed the dog unconscious, she began to beg police to break the car's window. After entering the car through a broken window, the dog was found to not be breathing and was stiff and hot to the touch.

Police also noticed that inside of the vehicle, blood stains and smears covered the car's interior, along with blood and lacerations covering the dog's paws. Officers believe that the six-month-old pup was attempting to dig its way out of the car.

The woman was immediately told that she was under arrest for felony Cruelty to Animals. Upon realizing that her dog had died, the woman became erratic and begged officers to shoot her for what she had done to her "child," referencing the dog.

Mouheb was taken to Firelands Hospital for a mental evaluation. After being cleared by doctors, the woman was taken back to the scene and was transported to the Erie County Jail where she currently is being held without bond.

Mouheb's three living dogs were removed from her care and taken by the Erie County Dog Warden.