3 dead, one of them the gunman, after shooting at U.S. Postal Service facility in Tennessee 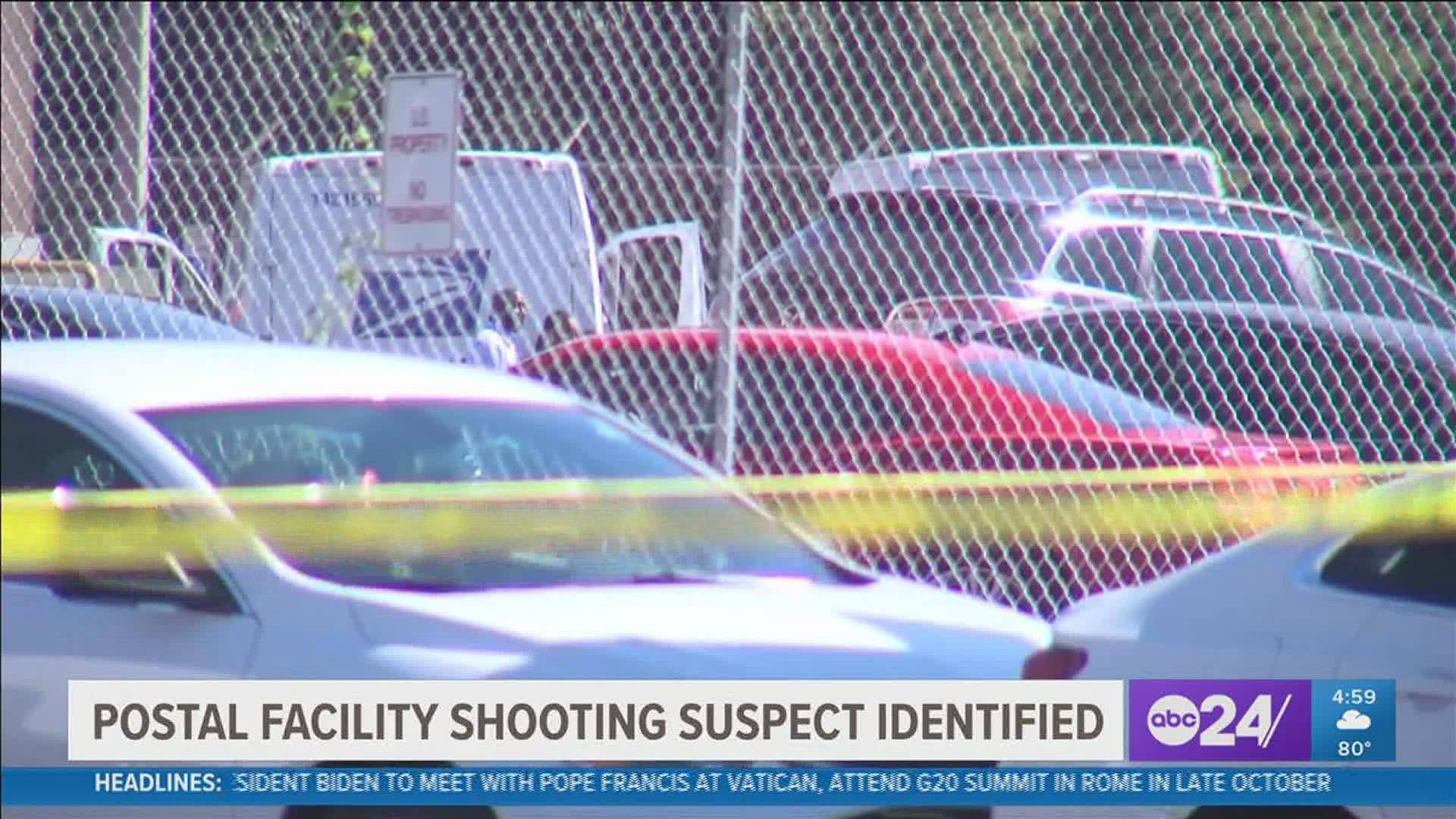 MEMPHIS, Tenn. — UPDATE 10/14/2021 - The United States Postal Inspection Service has released the name of the shooter in Tuesday’s deadly shooting at a postal facility in Orange Mound.

Investigators said witnesses indicate Haley shot Wilson and Dortch, then killed himself. They said the gun used was bought by Haley in 2017, and they had no prior complaints or reports involving him.

Haley had been with the USPS since July 2021.

10/13/2021 - The identities of two of the three people who died Tuesday after a shooting at a U.S. Postal Service facility in Orange Mound have been confirmed.

The National Association of Postal Supervisors said the victims were James Wilson, a manager and Demetria Dortch, a supervisor.

The name of the employee who shot and killed Wilson and Dortch, then turned the gun on themself, has not been released.

The USPS said in a news conference Tuesday that all three of those who died were USPS employees. The FBI went on to confirm that one of those employees was the suspected shooter, who died of an apparent self-inflicted gunshot wound.

“He wasn’t just a manager, he was a friend to all,” said Roxanne Rogers, who told us her cousin, USPS employee James Wilson, was one of the shooting victims. "He helped people in the community and in the neighborhood, he was just that type of person, you couldn't ask for a better manager or supervisor or person like that, but I know that he's going to be missed, that I love him, and I'm going to miss him."

The USPS issued this statement: “The Postal Service is saddened at the events that took place today in Memphis. Our thoughts are with the family members, friends and coworkers of the individuals involved. The Postal Service will be providing resources to all employees at the East Lamar Carrier Annex in the coming days and weeks.”

Memphis Police blocked roads for several hours Tuesday near Park and Pendleton during the investigation. The post office facility is located in the 2800 block of Park Avenue.

A witness told our crews that she saw people run from a business saying shots had been fired.

Memphis Police said they secured the perimeter in support of the FBI and USPS.

A possible motive in the shooting is still unclear.

Tuesday's incident comes 11 years after another deadly post office shooting in West Tennessee. Two mail workers were fatally shot Oct. 18, 2010 during a robbery at a post office in Henning, about 50 miles north of Memphis. That post office was named in honor of slain employees Paula Robinson and Judy Spray last week.

Memphis Police Officers are on the scene of a shooting at 2801 Park Ave in support of the FBI and USPS.
The Memphis Police Dept. is assisting with securing the perimeter and the scene.
There are no active threats. The scene is secured.

This car was just towed by a USPS tow truck. pic.twitter.com/OcJoKqo3lg 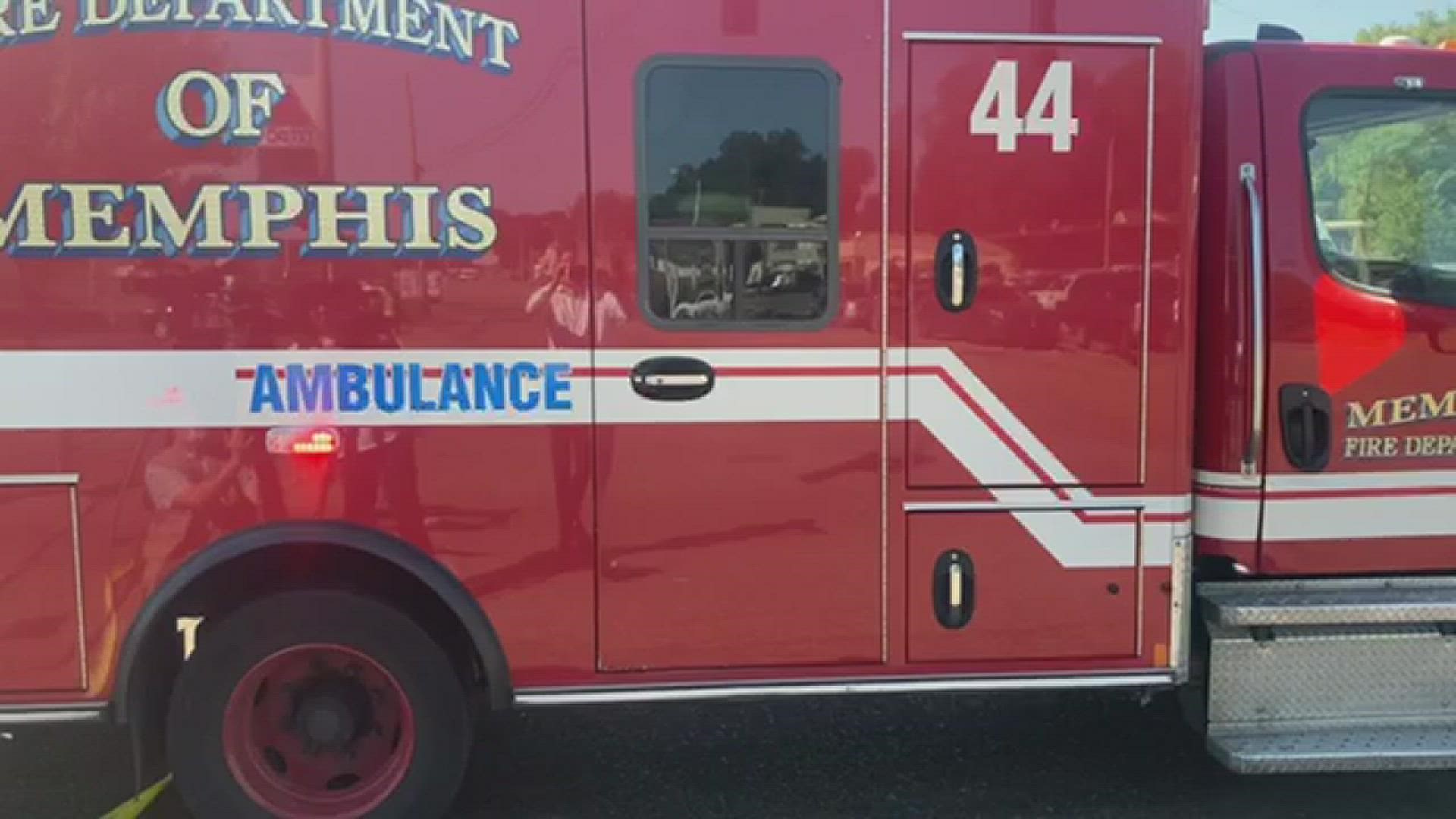