He could be heard shouting multiple expletives and slurs. 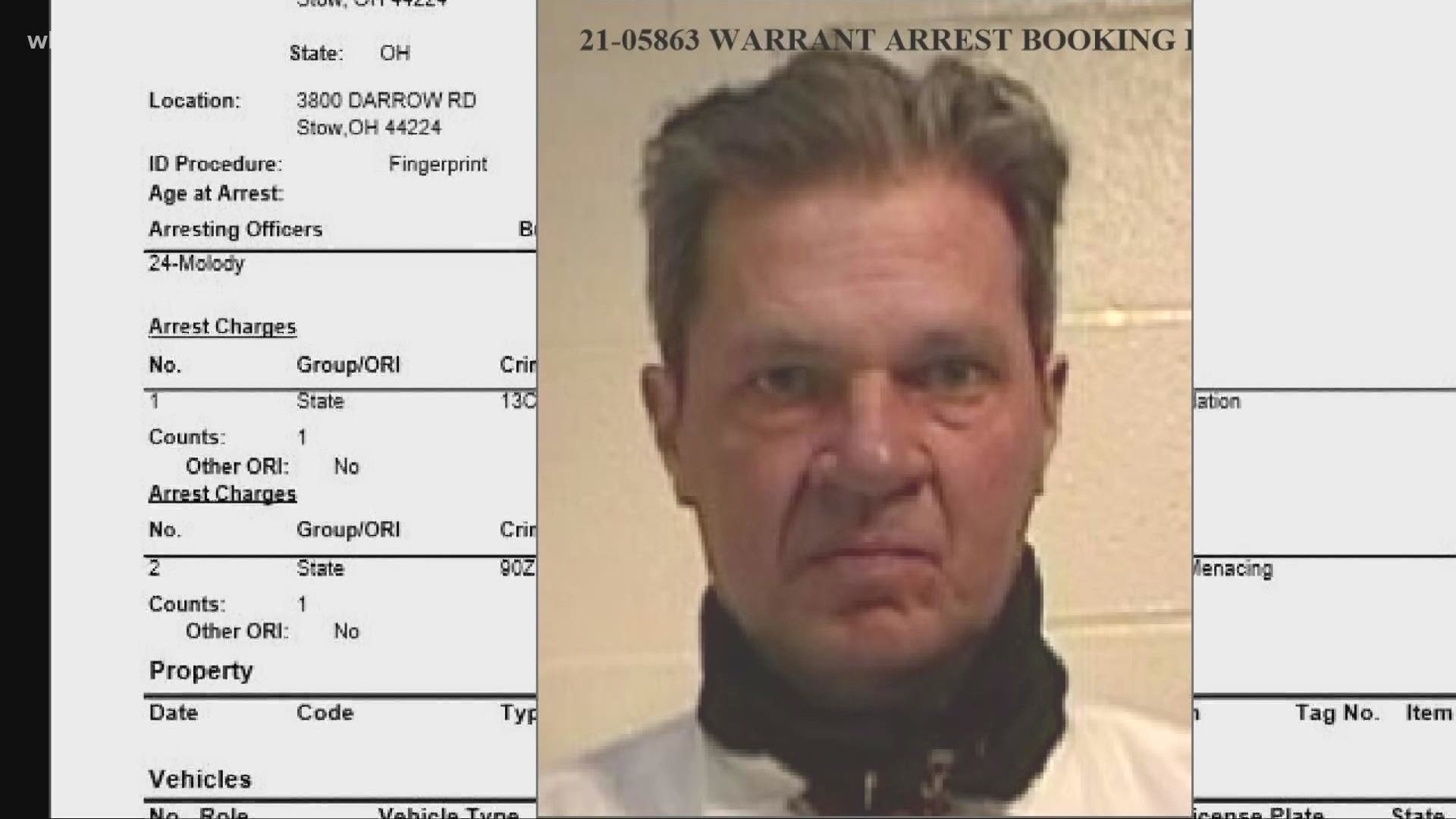 STOW, Ohio — The city of Stow is preparing for the trial of a white man who was caught on video hurling threats and racial slurs at a Black food delivery driver.

According to police documents, on April 17 James Rhodes threatened a Black woman named Kiauna Larkins in the Wyndham Ridge Apartments parking lot. In the video, you can hear Rhodes shouting the B-word, the F-word and the N-word.

The racist rant landed Rhodes in jail on charges of aggravated menacing and the more uncommon charge of ethnic intimidation. Stow Police Cpt. Bryan Snavely says it was a no-brainer to factor the racist language into the charges.

"The egregious nature of the offense, as well as the video evidence to prove the charge and the elements for the charge, basically showed that race was a motivating factor in the incident," Snavely explained.

Mayor John Pribonic released a statement praising the charges filed by officers, writing in part, "Let me be clear, there is no place for violence, racism or intolerance in the City of Stow. We take great pride in creating a welcoming atmosphere for all people and actively celebrate our diversity." The police department agrees with the mayor's sentiments.

"This action, this behavior, obviously cannot be tolerated and is not acceptable," Snavely said.

Another show of support against racism included actions by the apartment complex where the incident took place. In a Facebook post, Wyndham Ridge Apartments says it served Rhodes with a notice to move and he agreed. Snavely tells 3News the community will not support racists or racist behaviors, and that any and all all allegations will be looked into to make everyone who lives or works in Stow feel safe.

"We obviously take all these matters seriously and investigate them thoroughly, and when we find that the elements of the crime are met then we will charge appropriately," he said. "I guess my message is it's inappropriate and unacceptable."

Read the city's entire statement below: