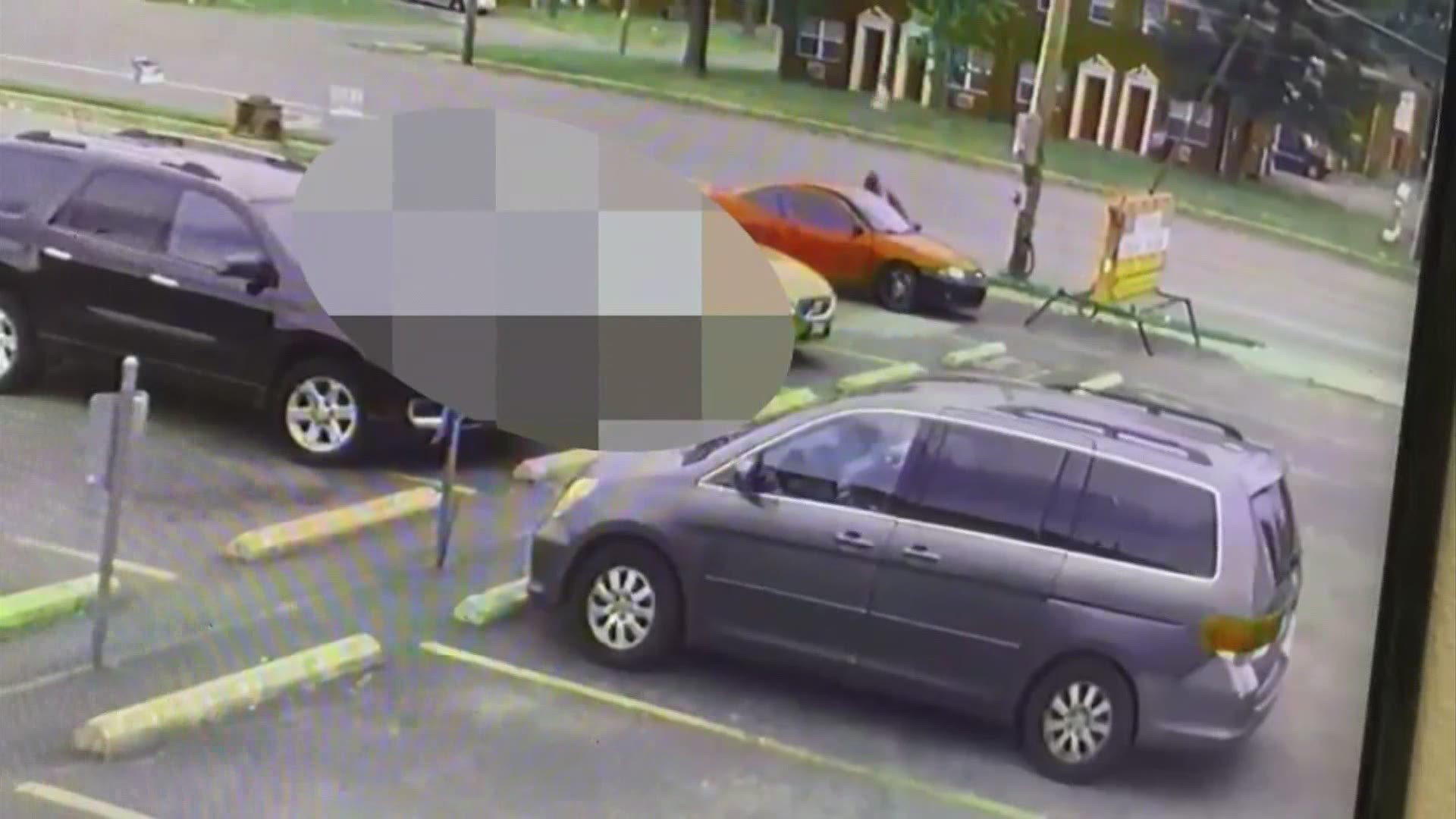 COLUMBUS, Ohio — A business released surveillance video on Friday of a shooting that happened in its parking lot in east Columbus on Thursday.

Officers were called to the scene of a shooting just after 7:30 p.m. on East Livingston Avenue near Courtright Road.

When police arrived, they found a 34-year-old woman shot multiple times in a vehicle.

She was taken to Grant Medical Center in critical condition but was later upgraded to stable condition.

Surveillance video shows the woman pull into a parking lot.

A few seconds later, a red two-door car pulled up in the same parking lot.

Three people got out of the car, ran to the woman's vehicle and starting firing at her.

The people got back into the car and drove off.

The shooting happened outside of Fisher Fish & Chicken. Munjed Hinnawi has owned the restaurant for the past ten years. His son spoke on his behalf.

“We just think like who would wanna do something like this? Just why? is our question,” said Abdallah Hinnawi.

Columbus police do not have any suspects.

Anyone with information is asked to call Columbus Police Felony Assault Unit Detective Frank Miller at 614-645-4218 or Central Ohio Crime Stoppers at 614-461-8477.