Authorities said the suspect had a gunshot wound in one arm. 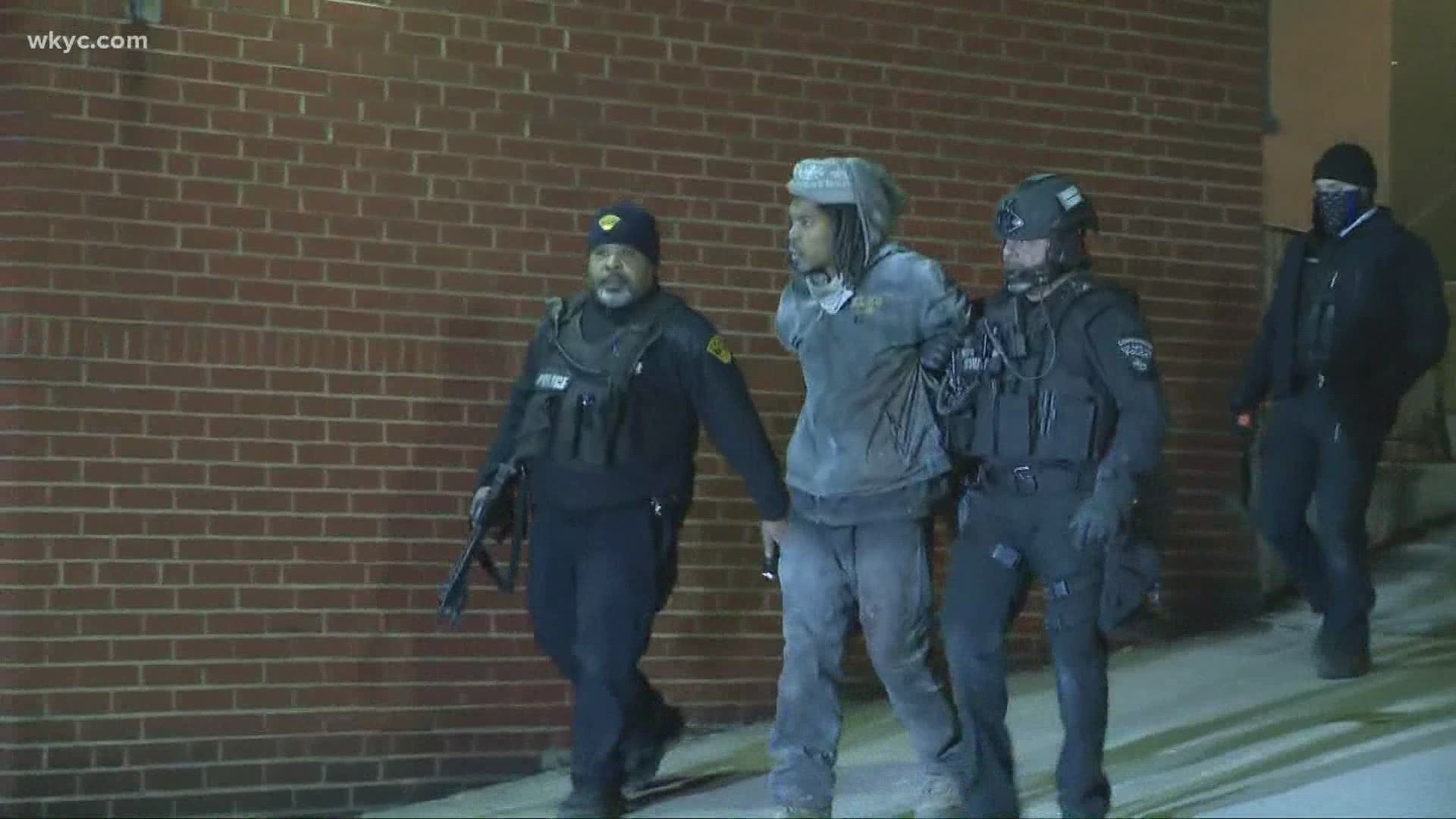 EAST CLEVELAND, Ohio — A SWAT situation at the Noble Motel in East Cleveland, which started shortly before 2 p.m. Thursday, came to an end around 3:35 a.m. Friday.

Authorities say 35-year-old Eric Hudson from Cleveland had allegedly stolen keys from hotel management and barricaded himself in a room.

It is unknown what initially led to the standoff.