The roommate was booked into the Waller County Jail outside of Houston before spring break on an aggravated assault charge. 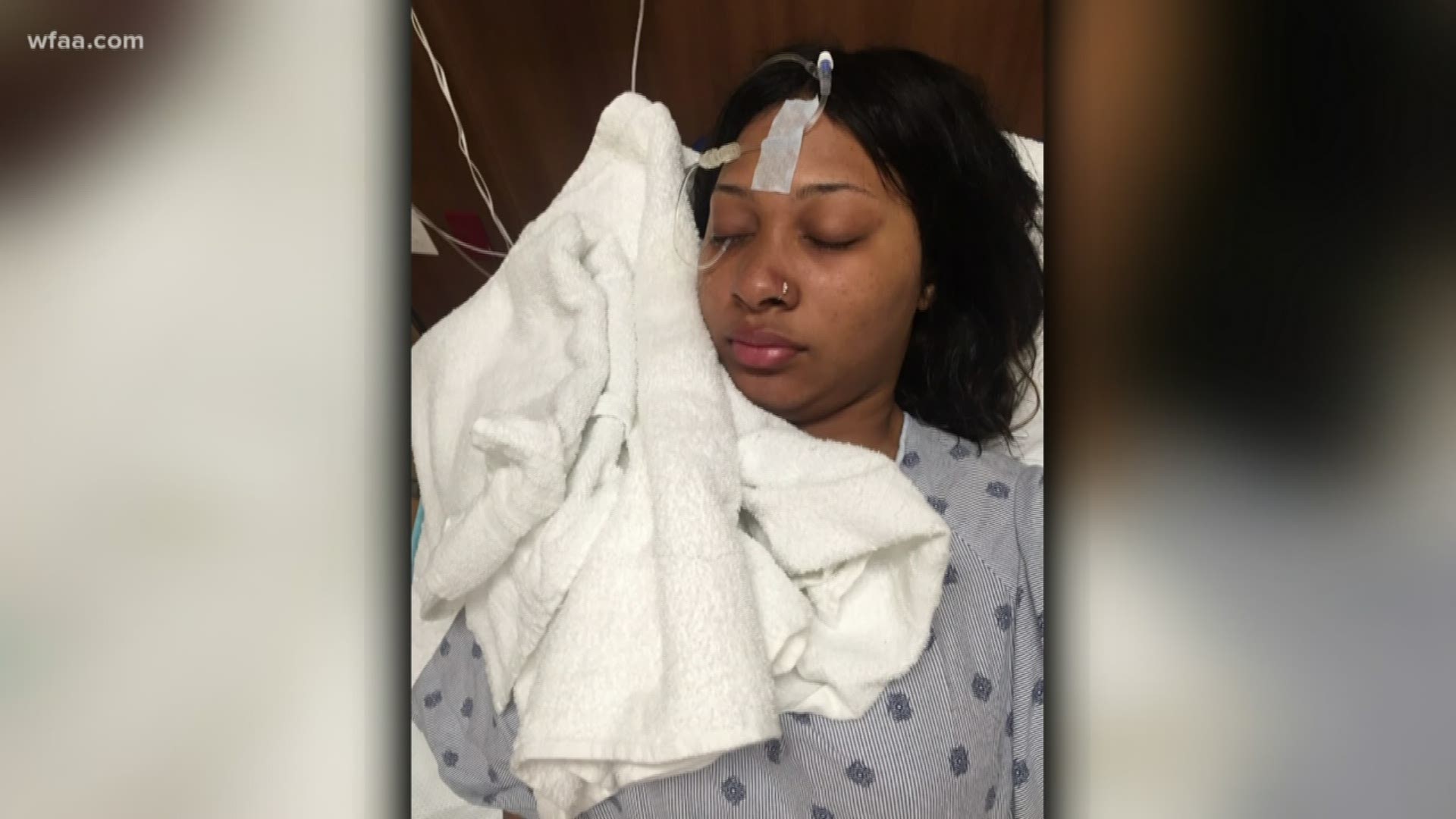 PRAIRIE VIEW, Texas — A freshman at Prairie View A&M University was arrested before spring break by campus police after she allegedly poured bleach all over her roommate during a fight.

Brianna Esomchukwu, 18, was booked on an aggravated assault charge on March 8, according to jail records in Waller County.

Esomchukwu's roommate, 19-year-old Julisha Wyatt, had bleach in her eyes and had minor burns on her skin from it being poured on her body.

She was taken to a local hospital by ambulance.

Esomchukwu was taken into custody after a further investigation revealed that she poured bleach on her roommate during a physical altercation, Jemison said.

Wyatt's family told WFAA that the altercation was sparked by some complaints that Wyatt had made to her resident assistant about the smell of marijuana in the apartment.

Esomchukwu disputes that claim and told WFAA Monday, March 18th, that the altercation was sparked because Wyatt kept locking her out of their apartment.

She did not discuss police details surrounding the bleach.

A spokesperson for the university told WFAA that Esomchukwu's enrollment and status as a student are now under review.

Wyatt, who moved to Garland with her family from New Orleans in the wake of Hurricane Katrina, was excited to enter her first year of college.

Her mother and aunt, Lenell Wyatt, split the cost of tuition because the teen helped take care of a sick family member during her high school years.

"We decided to split it down the middle," Wyatt said. "We wanted to give her whatever she needed to succeed because she helped us."

Lenell Wyatt told WFAA from her home that there was a lot of elation surrounding her niece's first year of college.

"We were just so excited for her," Wyatt said. "Her expectations were just through the roof."

Lenell said she only hoped for success for her niece and never expected her to get caught up in something like this.

"You never think that you're going to get a call saying your baby, your child, has had bleach thrown in her eyes," Wyatt said.

Wyatt will be OK and was released from the hospital after several hours.

However, some of her things are now ruined after being soaked in bleach.

One item, in particular, is Wyatt's laptop which was specifically purchased for college.

But with Wyatt returning to school from Spring Break in a matter of days, her aunt hopes that she can finish out the semester and put this behind her.

She added that it's likely she'll move out of the apartment under the escort of campus police.

"I want her roommate to be punished," Lenell Wyatt said. "I want Prairie View A&M to realize that this was a serious situation, and could have been much worse than what it is."