Teen gets 6 years in prison for robbery of Cleveland priest

Father John Kumse was shot at during a robbery attempt back in 2017. 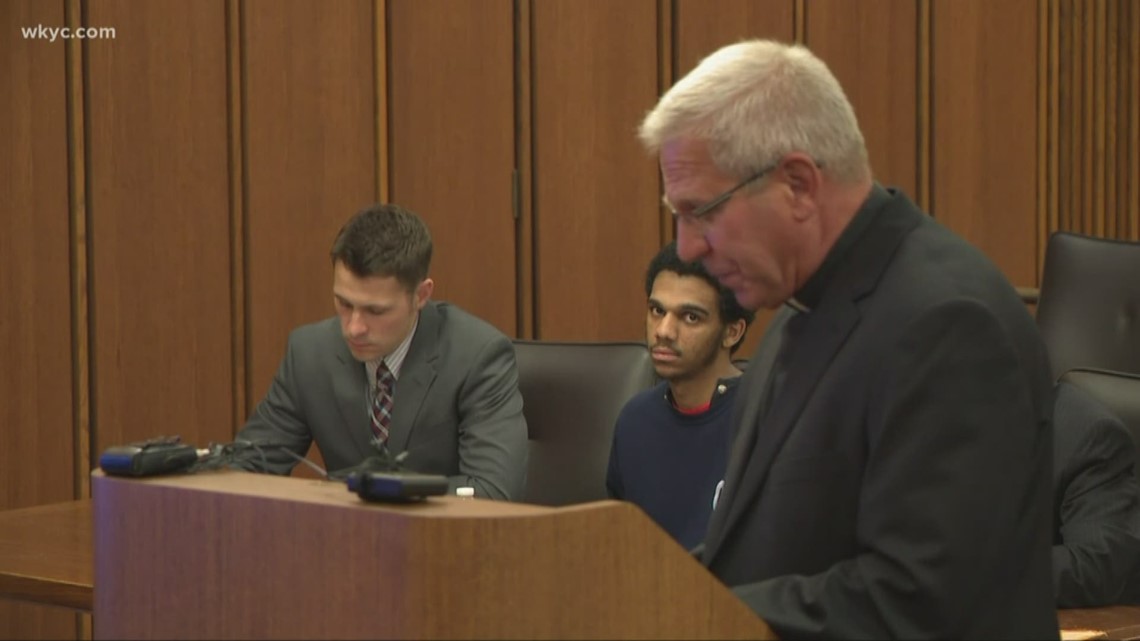 CLEVELAND — A man who robbed a Cleveland priest nearly two years ago received his sentence Thursday.

Father Kumse was apparently leaving a chicken coup with a carton of eggs when Walker and Jaylen Miller pointed guns at him and demanded the eggs. As Kumse ran away, shots were fired at him and while he was not hit by any bullets he fell down as he attempted to flee.

Both suspects, along with two others, were later arrested, and while Walker and Miller were only 16 at the time, both were tried as adults. Miller was sentenced to nine years in prison back in February, while getaway car driver Terrance Kimbrough received seven years. Kenitra Robinson pleaded to a lesser gun charge and received probation.

At Walker's sentencing, Kumse expressed forgiveness for his actions, and noted he has continued to pray for him as well as his co-defendants.