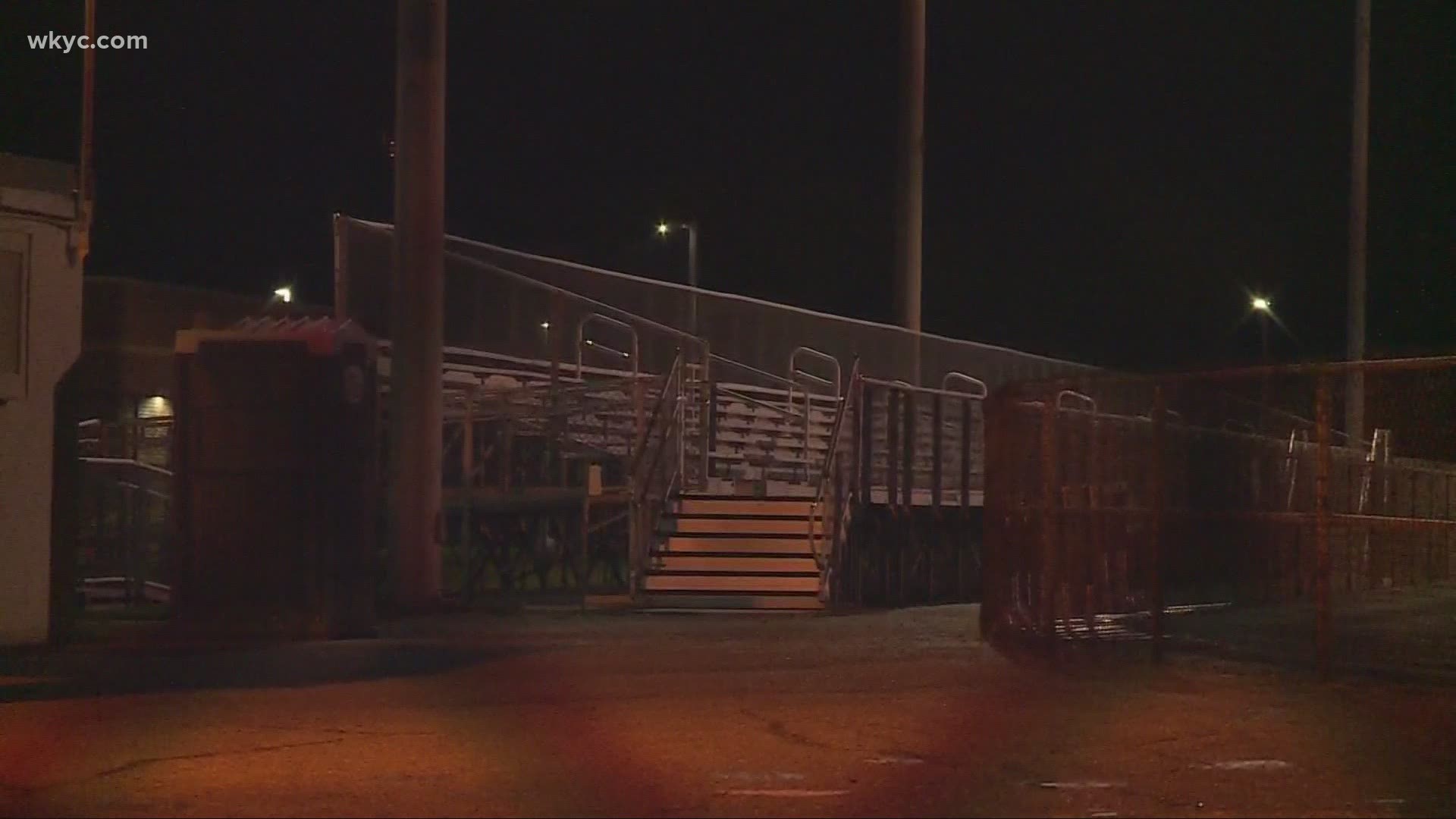 According to authorities, two males got into an argument in the stands at Ellet High School (East's home field) when one suspect produced a handgun and fired shots at a 19-year-old male victim. The teen was shot in the in the arm and a 40-year-old woman was also shot in the leg.

Both victims were transported to Summa Health Akron City Hospital. The injuries were not considered to be life-threatening.

"We are grateful there was no one more seriously hurt tonight at the City Series football game at Ellet CLC," Akron Public Schools Superintendent David W. James, Ed.D. said. "The shooting that occurred inside the stadium is great cause for alarm, and we condemn it in the strongest possible terms."

The suspect was described as being between 17 and 20 years old and wearing a tie dye colored shirt, blue jeans, and white tennis shoes. He fled the scene in an unknown direction.

"Our first concern, of course, is for the recover of the victims, but let's be very clear about what happened. This was an act of violence brought right into a football stadium with parents and children out to enjoy the return of fall sports," Board President Patrick Bravo stated. "As a community, we must work together to figure out a solution to gun violence. Our children deserve much better. Our community deserves much better."

The investigation is ongoing at this time.