University of Akron announces $50,000 reward for information leading to arrest of suspect who fatally shot student from Berea

18-year-old Maya Noelle McFetridge was killed in a shooting near the University of Akron campus early Sunday morning. 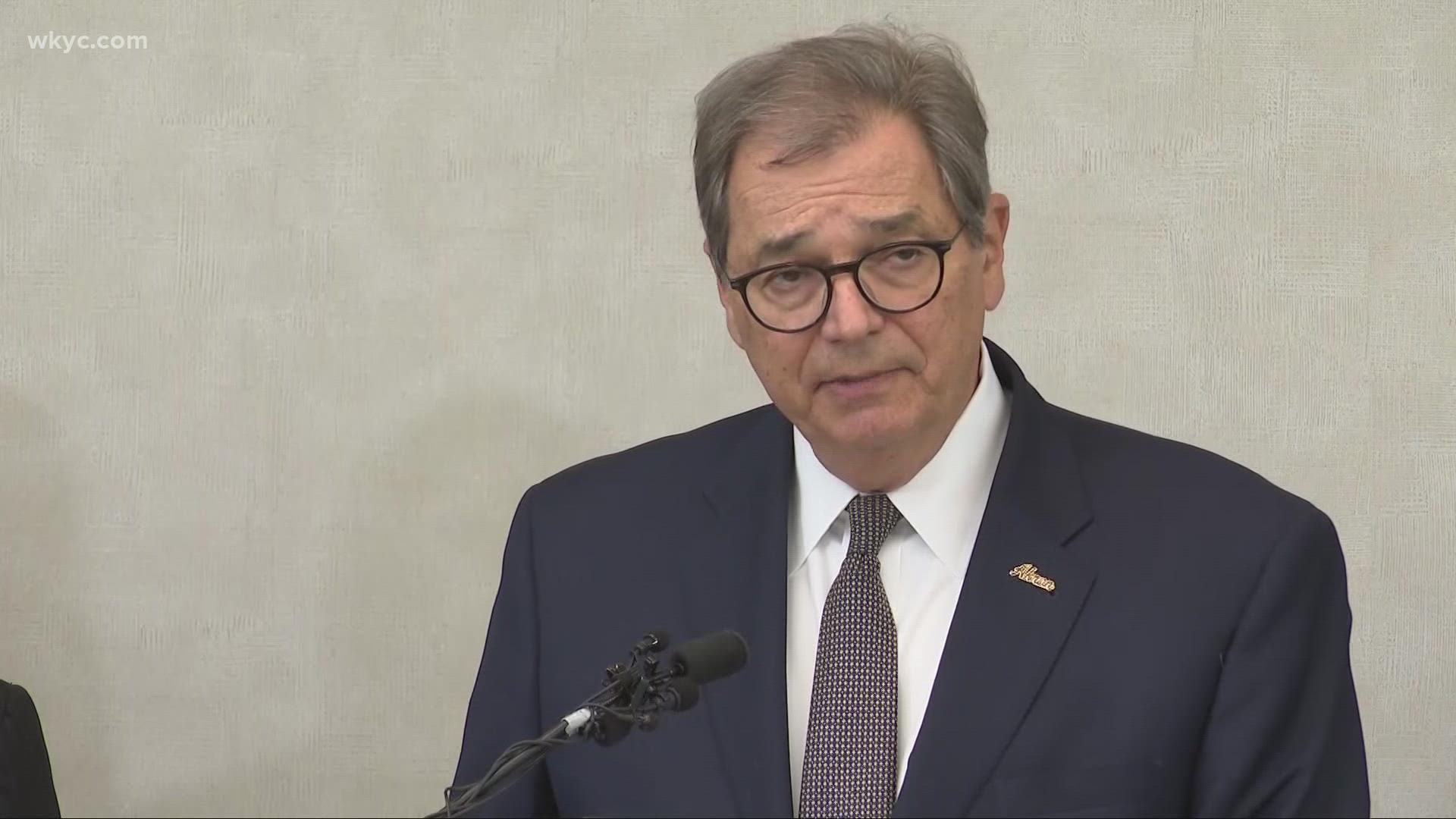 AKRON, Ohio — On Tuesday, University of Akron President Gary L. Miller and Board of Trustees Chair Joseph M. Gingo provided an update on public safety after 18-year-old Maya Noelle McFetridge of Berea was killed in a shooting near campus early Sunday morning.

Miller says the university will increase the number of full-time police officers as well as contract with a private company for more safety support services that will provide additional patrols and monitoring. You can read about all of Miller's planned initiatives here.

Gingo announced that the University of Akron's Board of Trustees is offering a $50,000 reward for the arrest and indictment of the suspect or suspects involved in McFetridge's death. The money is coming directly from the board. Anyone with information is asked to immediately call either the Akron Police Department Detective Bureau at (330) 375-2490 or Summit County Crimestoppers at (330) 434-2677. Anonymous tips can also be texted to TIPSCO at 274637.

"We will take every step necessary to exert influence in the areas surrounding the city and surrounding our campus to make them safe for all our citizens," Miller added.

According to police, officers in the area near Kling and Wheeler Streets were alerted about someone reportedly waving a gun, and when the arrived on scene they found three total victims. Besides McFetridge, a 25-year-old man was rushed to Cleveland Clinic Akron General and is currently in critical condition, while a 22-year-old male is listed as stable at Summa Health Akron City Hospital.

Witnesses told police there was a "large gathering" of people south of Exchange Street when a large fight broke out and an unknown suspect began shooting. Summit County Medical Examiner Dr. Gary Guenther announced on Monday that McFetridge was shot in the chest.

No arrests have been made at this time, but authorities say a handgun was recovered from the scene. The incident remains under investigation.

You can watch Tuesday's briefing in the player below:

According to Akron Mayor Dan Horrigan, the city is working with both the University of Akron and Summit County to improve the security in and around neighborhood south of Exchange Street.

"We have been working for several months, with U of A police and County Executive Shapiro, on a plan to launch a network of 50 police cameras in this neighborhood to improve the sense of safety for residents and deter dangerous activity. This is a data-driven approach to enhancing safety, and the neighborhood south of Exchange has been chosen as the first pilot neighborhood for a program we hope to expand across our City," Horrigan said in a statement.

Miller stated on Tuesday that the University of Akron will be allocating $1 million towards the camera project.

The mayor says that legislation allocating funding toward this project is scheduled to be presented to Akron City Council on Monday. He adds that the city is working on increasing enforcement of housing code, nuisance and other ordinances in the area and plan to hold landlords accountable for dangerous activities that occur on their properties.

The city will also deploy special targeted police details in the affected neighborhood and other areas where bars and parties congregate, according to Horrigan.

"I will always fight for a strong, successful, independent University of Akron. The institution has endured significant challenges in the last decade. As a community, as students, faculty, parents, and stakeholders: now is not the time to pull back or turn away. Now is the time to do more to support the University in paving a path to sustainable, independent future. And the first priority must be safety – period. We are committed to being the University’s primary partner in that effort," said Akron Mayor Dan Horrigan in a statement.

You can read Horrigan's entire statement below: