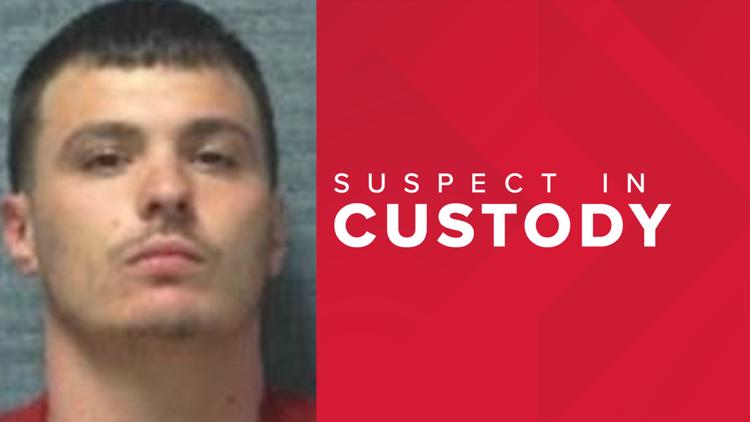 Photo by: US Marshal
Fugitive of the Week Vincent Blanc

CANTON, Ohio — The final inmate on the run from the Stark County Regional Community Corrections Center has been apprehended by members of the Northern Ohio Violent Fugitive Task Force and the Stark County Sheriff's Office.

24-year-old Vincent Blanc was found hiding out in a home in the 4400 block of Sherman Church St. SW in Canton. He was arrested without incident and taken to the Stark County Jail.

Blanc and four other inmates, Jaden Miller, Joshua Bingham, Michael Fisher, and Jason Drake, escaped from the facility sometime between 8:45 p.m. on the evening of February 10 and 10 a.m. on the morning of February 11 at the Lesh Road facility, according to a Canton police report.

According to the report, the inmates escaped through a broken first-floor window and fled on foot.

Miller was caught two days after the escape by the Carroll County Sheriff's Office. Bingham was arrested several days later in Canton.

Fisher was captured last week in the 1300 block of Stark Street SW in Canton. He had been wanted on escape charges, as well as for a burglary he allegedly committed following his escape Feb. 10.

Drake was apprehended on Tuesday in Guernsey County.

U.S. Marshal Pete Elliott stated, “The city of Canton and the surrounding area is now safer with all five of these inmates back behind bars, all law enforcement involved worked hard and worked quickly to get these suspects back behind bars.”