Benjamin Eugene Dagley was arrested in Dayton on Thursday. 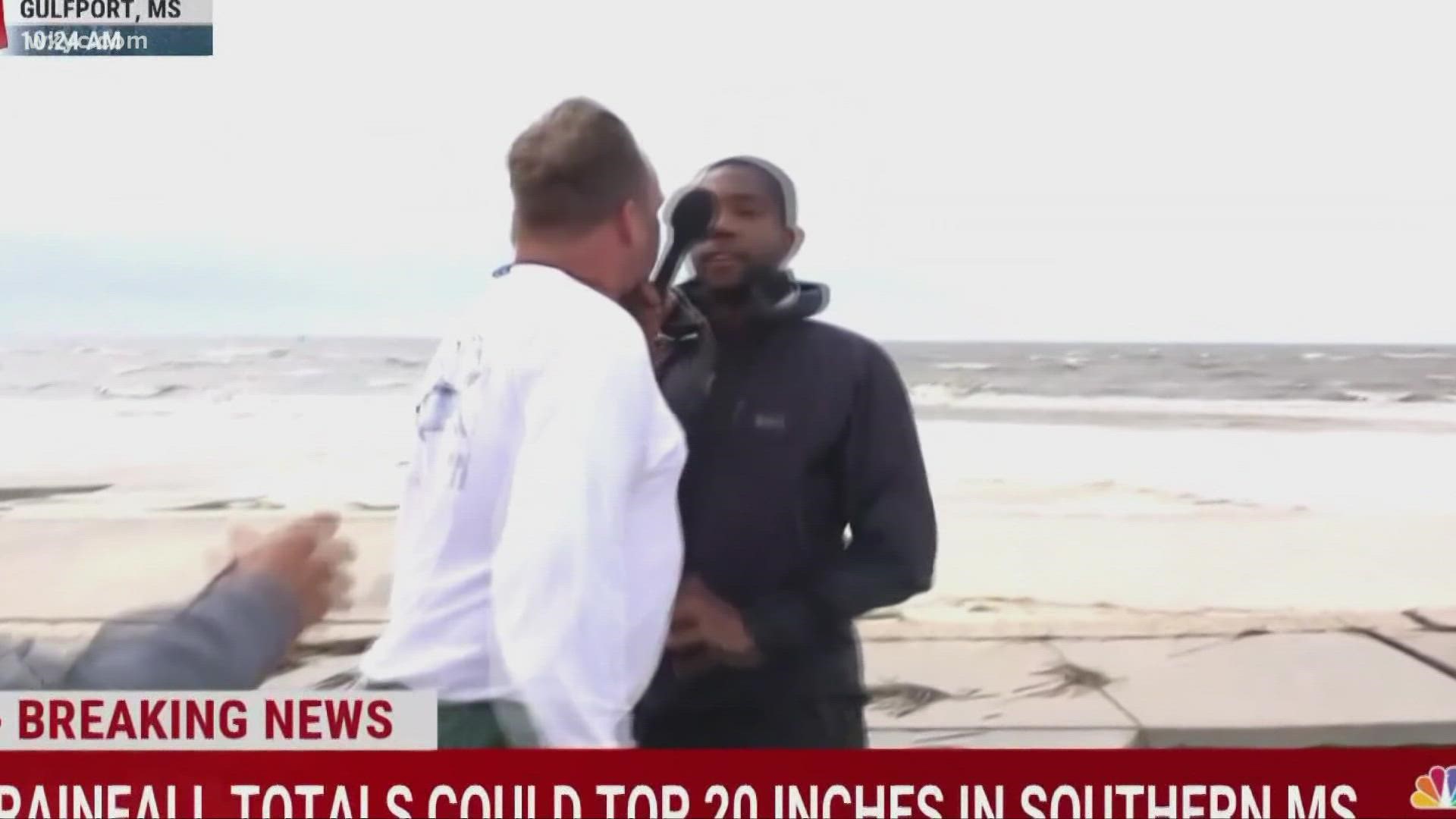 DAYTON, Ohio — Editor's Note: The above video is from a previously published story in this case

A Northeast Ohio man wanted for accosting an MSNBC reporter during live coverage of Hurricane Ida in Mississippi has been apprehended in Dayton.

According to the Gulfport (Ms.) Police Department, Dagley of Wooster, Ohio, can be seen running up to MSNBC Reporter Shaquille Brewster during live coverage of Hurricane Ida and heckling both Brewster and his crew on Monday.

MSNBC video shows a man pulling up to the scene in a white pickup truck and running up to Brewster and his crew. The MSNBC reporter then turns from the man and continues to cover the story until Dagley enters the frame and approaches him.

Brewster responded after the incident, thanking fans for their messages and writing "Appreciate the concern guys. The team and I are all good."

According to Elliott, Dagley was apprehended by members of the US Marshals VIolent Fugitive Task Force at a shopping plaza in Dayton. Task force officials received information that Dagley was driving his white truck with an Ohio license plate. The truck was located in the plaza's parking lot and task force members arrested Dagley after spotting him exiting a store.

Dagley has been charged with two counts of Simple Assault, one count of Disturbance of the Peace, and one count of Violation of Emergency Curfew.

Additionally, a press release from Gulfport police says that Dagley is currently under probation in Cuyahoga County and that he broke the conditions of his probation by traveling.

"Due to assistance provided by the Wayne County Sheriff's Office, our task force members were able to track this fugitive from Mississippi to his arrest location in Dayton," Elliott added in a release. "This violent fugitive was attempting to flee from his charges in Gulfport, but the swift work of our task force members resulted in a timely arrest."