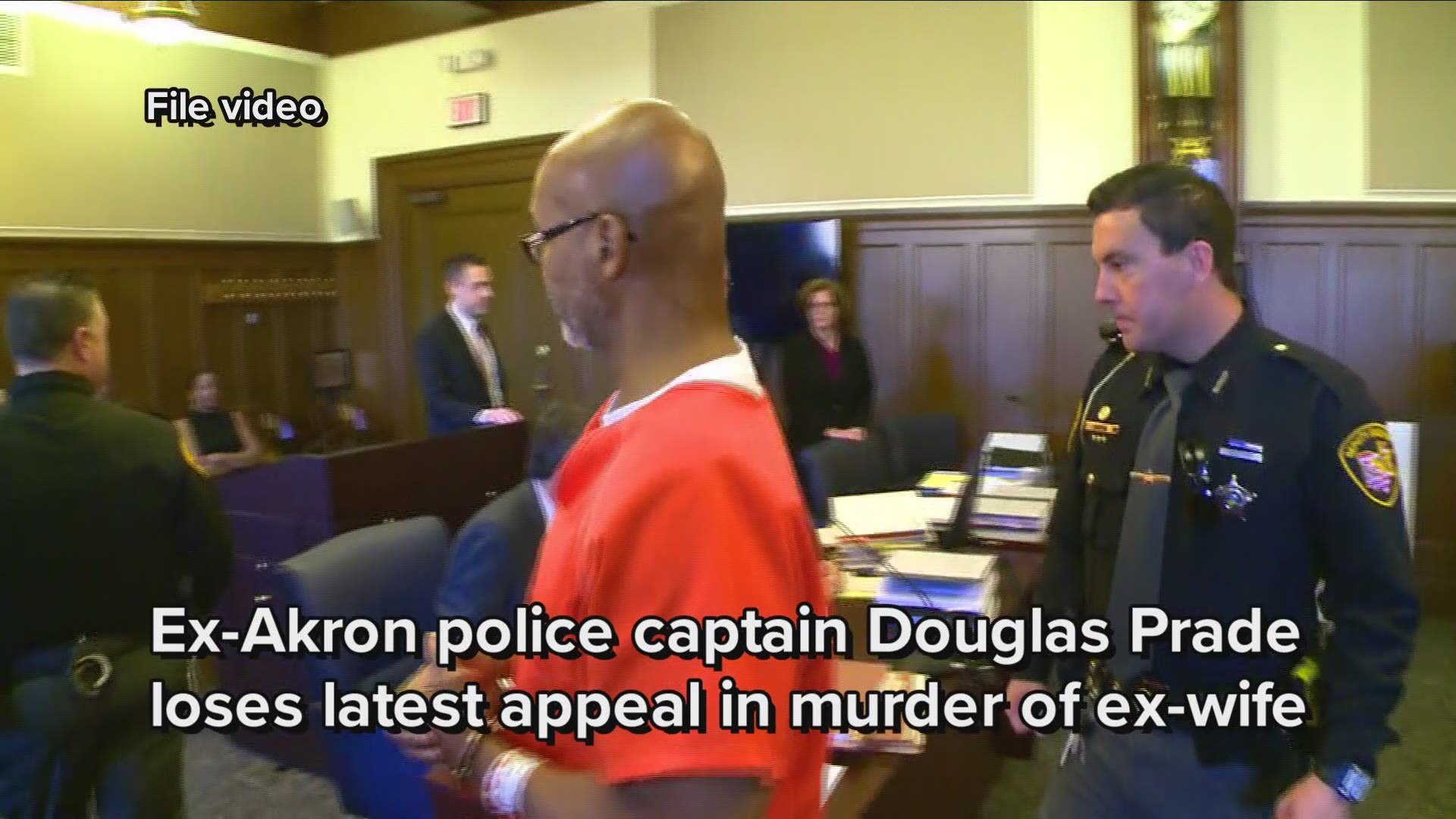 AKRON, Ohio — The U.S. Supreme Court says it won't consider an appeal filed by a former Ohio police officer who is seeking a new trial for the 1997 slaying of his ex-wife.

The court's Monday decision marked the latest setback for former Akron officer Douglas Prade, who is serving life in prison. His ex-wife, Dr. Margo Prade, was shot and killed.

That judge exonerated Prade in 2013 after experts testified that male DNA from a bite mark found on Dr. Prade's lab coat wasn't his.

Prade was sent back to prison after prosecutors successfully appealed the ruling.

Prade's attorneys told the Akron Beacon Journal they're considering other appeal options and continue to believe in Prade's innocence.