Watch: Bodycam video shows the moment former Cuyahoga County Judge Lance Mason was arrested for the murder of his ex-wife

Mason is currently serving 35 years to life in prison for Aisha Fraser's death. 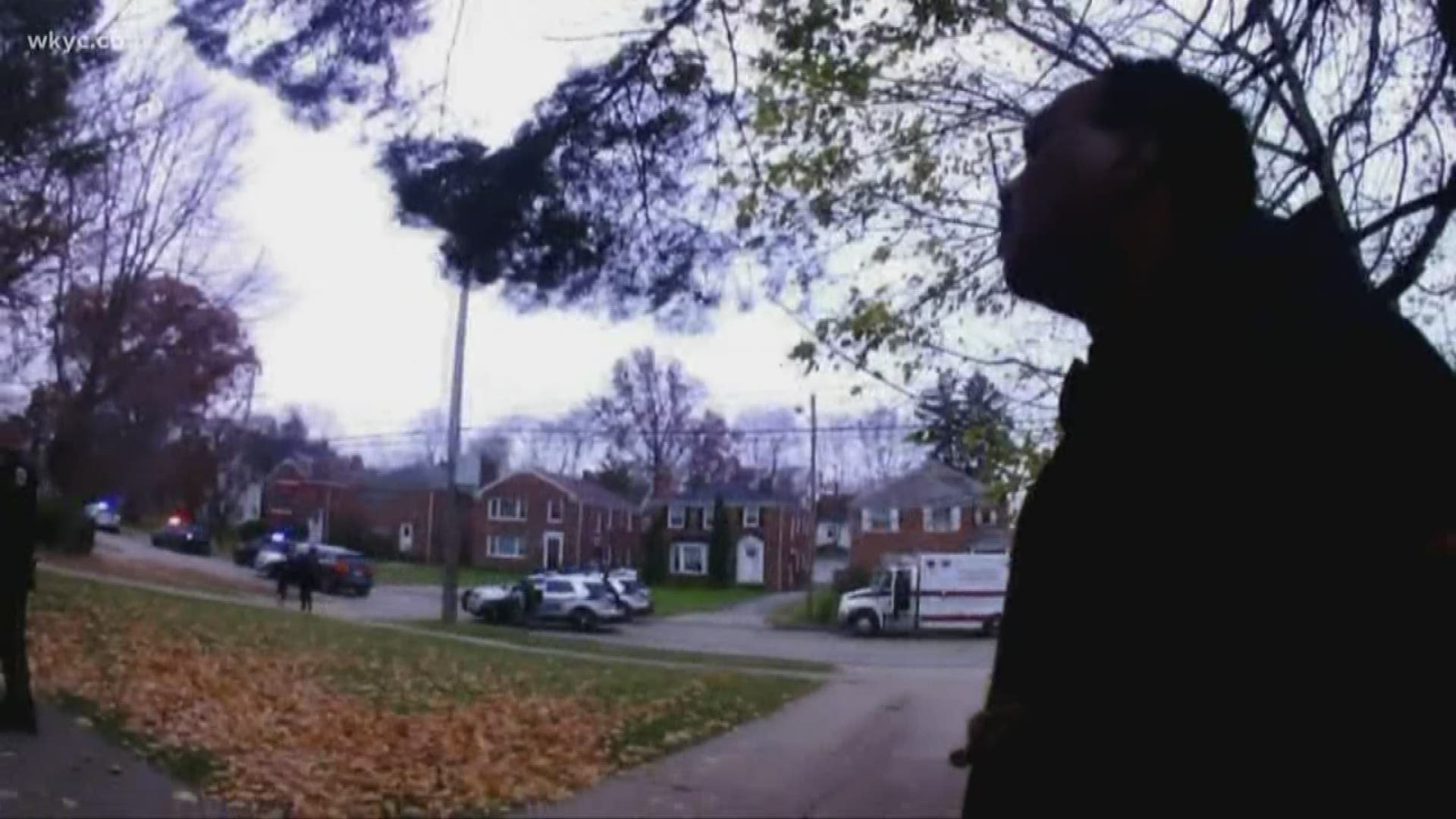 SHAKER HEIGHTS, Ohio — WARNING: Some of the video shown above and below may be difficult to watch; viewer discretion is advised

For the first time, the public is getting a look at the chaotic moments that say former Northeast Ohio lawmaker and Judge Lance Mason arrested for the murder of his ex-wife.

The Cuyahoga County Prosecutor's Office on Friday released bodycam footage from Shaker Heights police officers, showing both the immediate aftermath of the killing and Mason himself being taken into custody. The incident itself occurred nearly a year ago on Nov. 17, 2018.

You can watch the full bodycam video of Mason's arrest in the video below. (Note: A portion of the video has been edited and removed to protect Fraser's children.) 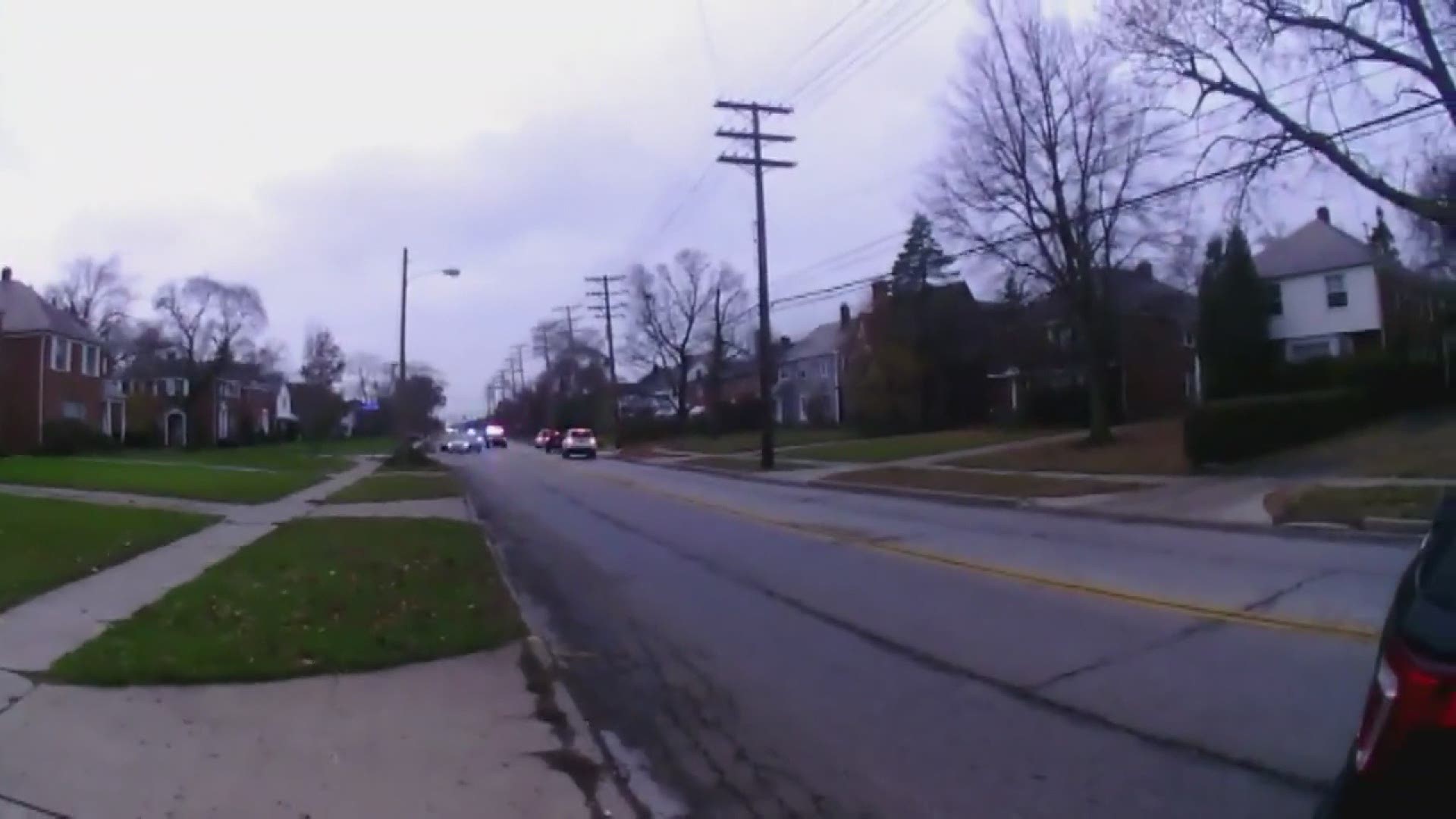 The first moments captured on video show several officers on the 17000 block of Chagrin Boulevard following a report of a fatal stabbing, with the victim later turning out to be 45-year-old Aisha Fraser. Seconds later, a loud crash can be heard, which was Mason slamming Fraser's SUV into a Shaker Heights police cruiser.

Officers can then be heard shouting at Mason to get his hands up, even threatening to shoot him if he did not do so. While this did not occur, Mason fled back into his sister's home, while police followed him and eventually put him in handcuffs on his steps. This portion of the video is a bit too dark to see, but officers and Mason can clearly be heard.

Mason was then taken outside the house, and told officers his daughters and another woman were both still inside but unharmed. Blood can be seen covering Mason's hands, and one of the officers said blood was gushing from one of the former judge's wrists. Mason and a police officer were then taken to the hospital.

After he was arrested, authorities later confirmed Mason had been accused of stabbing Fraser to death while she was dropping their daughters off at his home. Her body was found in the driveway, and the young girls apparently witnessed at least part of what happened.

Mason was charged with aggravated murder and pleaded guilty this past August, saying he didn't want to put his daughters through a trial. He was sentenced to life in prison with the possibility of parole after 35 years, at which time he will be 87.

A former state representative and state senator before becoming a Cuyahoga County Common Pleas judge, Mason was forced to resign from the bench in 2015 after pleading guilty to brutally assaulting Fraser, an attack that apparently saw him smash her face against the dashboard of their car multiple times. Mason served less than a year behind bars for that crime, and was suspended from practicing law.

At the time of Fraser's murder, Mason was working for the city of Cleveland as Minority Business Development Administrator under Mayor Frank G. Jackson, a position he was fired from immediately after his final arrest. Jackson faced public criticism for his hiring of Mason, but the mayor refused to apologize for doing so.

Fraser, a popular teacher in Shaker Heights, was remembered as "an extraordinary mother, daughter, [and] friend."

RELATED: 1 of 10 city of Cleveland workers are felons

EXCLUSIVE: Boyfriend of Aisha Fraser tells 3News 'She was a gift and to me... the love of my life'