A preliminary investigation reveals the victim was sitting on the patio at the Graduate Hotel and was not the intended target. 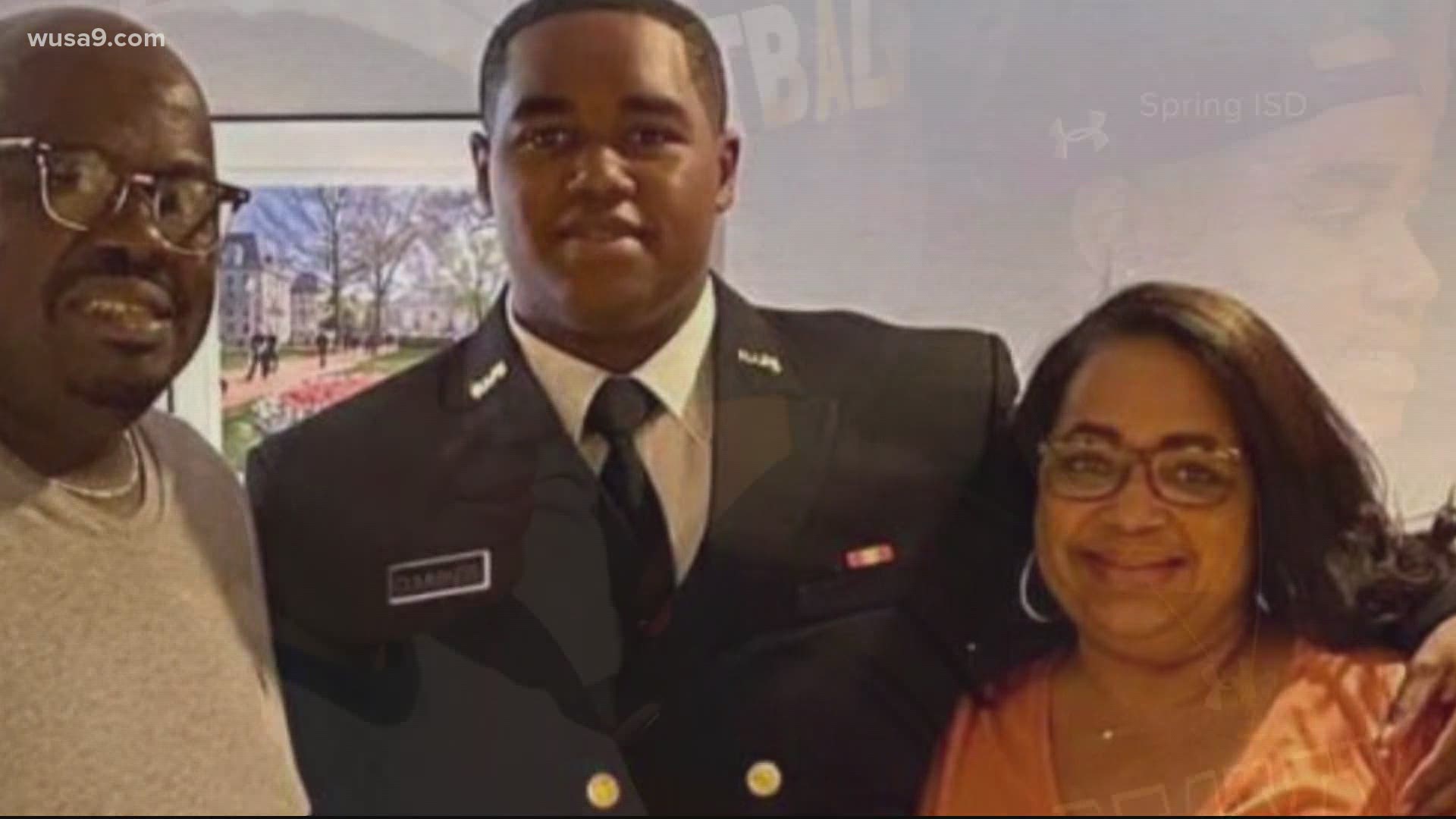 ANNAPOLIS, Md. — Annapolis Police say they are investigating the fatal shooting of a mother killed in a drive-by while sitting outside on a hotel patio. Michelle Jordan Cummings was visiting from Houston with her husband to drop off her son at the U.S. Naval Academy, according to police.

According to police, officers were called to the Graduate Hotel on West Street just before 12:30 a.m. Tuesday morning for reports of a victim suffering from a gunshot. Upon arrival, police discovered 57-year-old Cummings suffering from a gunshot wound. Police said officers and EMTs attempted life-saving measures, but she was pronounced dead on the scene.

Cummings's son, according to authorities, is a football prospect at the United States Naval Academy. He is a graduate of Westfield High School in Houston, who confirmed in a statement that Cummings's son is Leonard "Trey" Cummings III, who attended the Naval Academy Preparatory School in Newport, Rhode Island last year. The high school also shared in its statement that Michelle Cummings was the president of the football booster club when her son played for the team during his senior season.

"We are devastated to hear about the passing of Michelle Cummings," the school statement said. "Ms. Cummings was a very engaged parent at Westfield High School where her son Leonard 'Trey' Cummings III graduated in 2020. She served in 2019-20 as the president of the Westfield High School Football Booster Club and was always ready to support our student athletes. Our hearts and prayers go out to the Cummings family during this time of sorrow."

Trey Cummings III posted a reaction to his mother's death on his social media asking one simple question: "Why?"

A preliminary investigation reveals that Cummings was sitting on a patio at the hotel and was not the intended target. At this time in the investigation, police tell WUSA9 that it is believed that the shots were fired on Pleasant Street, but ultimately struck and killed Cummings on West Street.

"As members of our Naval Academy family, we will do all that we can to support Leonard, his father and the entire Cummings family during this unfathomable time," Superintendent of the Naval Academy Vice Adm. Sean Buck said in a statement. "My wife, Joanne, and I, on behalf of all of us here in Annapolis, offer our deepest sympathies."

Buck confirmed that Trey Cummings III was an incoming plebe (freshman) for the Naval Academy Class of 2025. 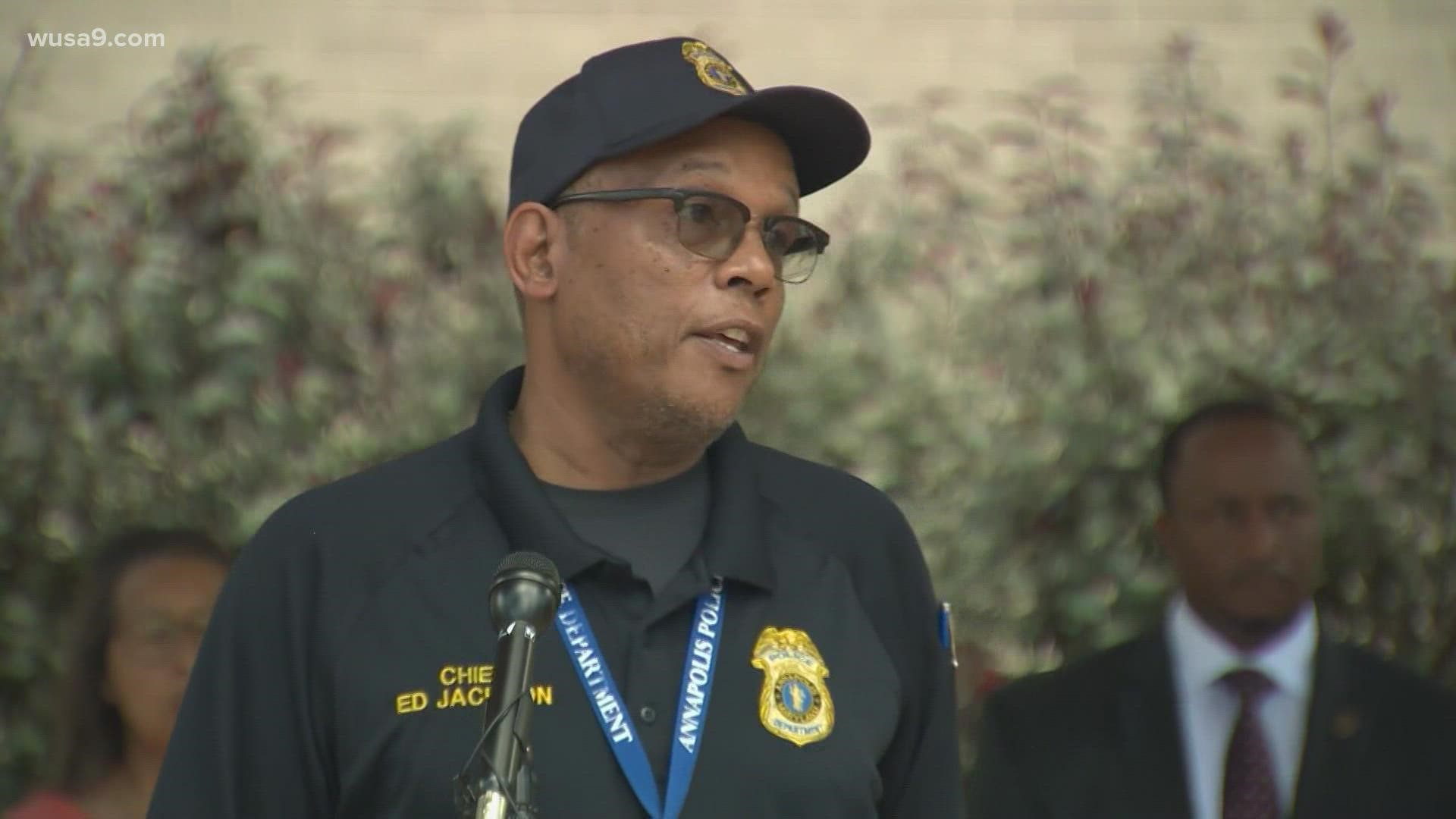 “There is no circumstance where this can be tolerated. My sympathies go out to the family. We are focused on getting guns off the street but it only takes one criminal with a gun for the results to be tragic. This was a horrific outcome for the kind of everyday gun violence that many cities across America see. Annapolis is sadly not immune.

We have deployed our crisis intervention team to assist the victim’s family. Police Chief Jackson is updating me regularly on the status and every resource is being deployed to solve this case. The perpetrator will be found and held to account.”

Annapolis Police said the investigation is "fluid." Anyone who might have information that could help their investigation, contact authorities at (410)-260-3439.

There has been a GoFundMe set up for the family of Michelle Cummings, which can be accessed here.