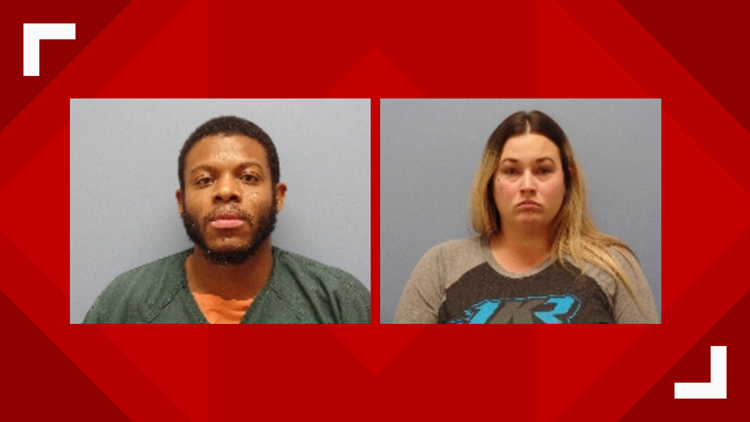 SANDUSKY, Ohio — Police have released the identity of an employee who was fatally stabbed at a Sandusky area Golden Corral restaurant Sunday night.

Witnesses say a customer and employee, identified as 32-year-old Cevin Stanley, had an argument shortly before closing time at the Milan Road restaurant.

Other employees and witnesses helped escort Stanley outside the restaurant to calm down before the argument could escalate.

When the customer involved in the argument left the restaurant, he approached Stanley and stabbed him before fleeing southbound on U.S. 250 in a white SUV.

Police say Stanley managed to walk back inside the restaurant, where he collapsed. First responders say he died at the scene.

On Monday afternoon, Perkins Township Police announced that a pair of suspects were apprehended in Sandusky County for the fatal stabbing.

Demetrius T. Hall, 28, will face murder charges, while 33-year-old Tausha Patch will be charged with complicity to murder. The investigation is still ongoing.

"We are deeply saddened that a co-worker at our restaurant in Sandusky, Ohio, was killed Sunday night. We are very grateful to the Perkins Township Police Department for their quick response and are cooperating fully with their investigation. The restaurant is closed temporarily while we provide grief counseling and support at this time of need."