The actor and game show host raved about his city. 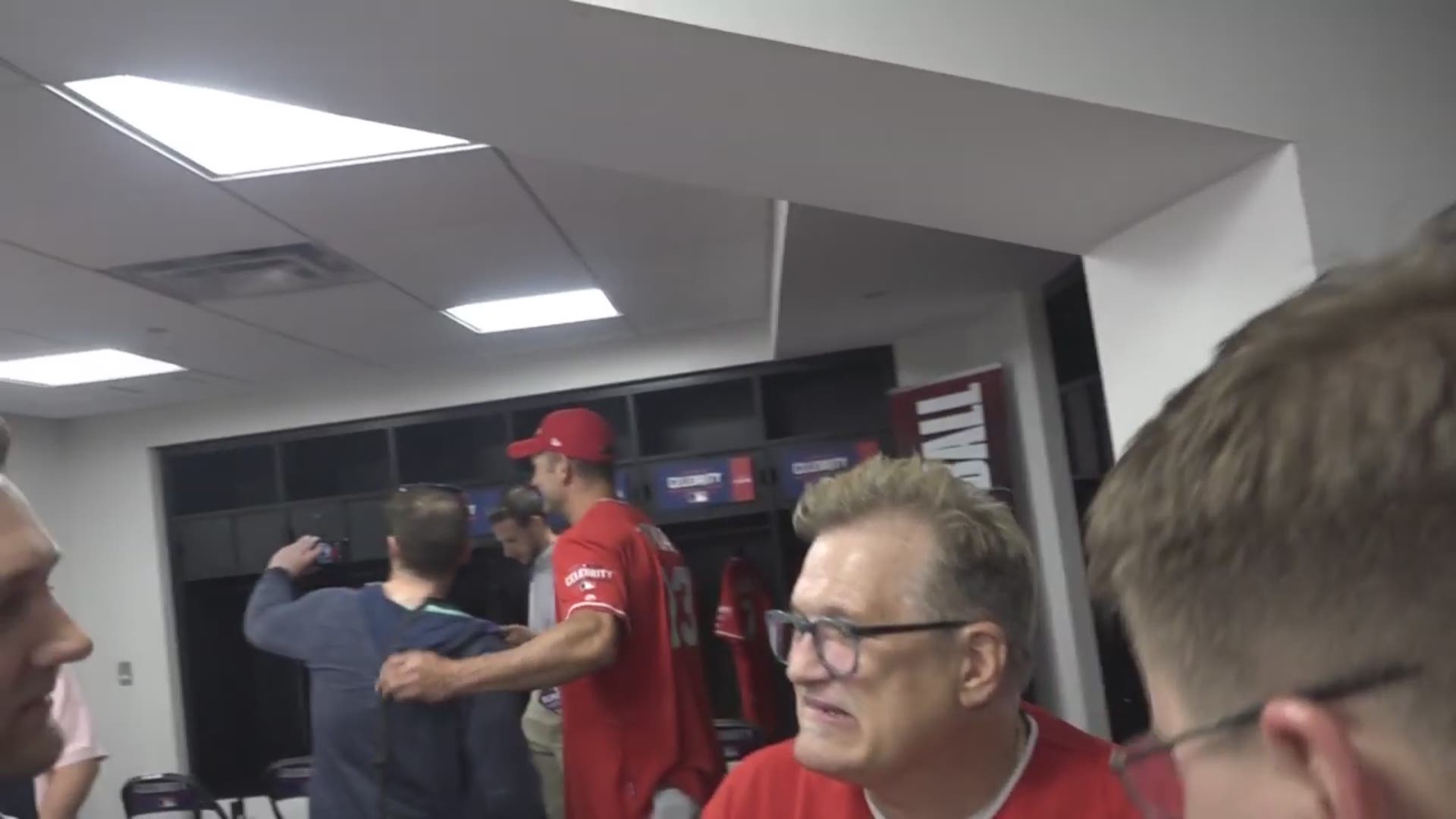 CLEVELAND — Drew Carey played a big part in crafting Cleveland's reputation as the city that rocks.

Now, the home-grown actor and game show host is celebrating the city's success and progress during MLB All-Star Weekend, in which he participated in the "Cleveland vs. the World" Celebrity Softball Game on Sunday.

Carey said he wasn't too focused on his performance on the field, considering all the star power and pro athletes that would be sharing the field with him.

"I'm not taking this seriously at all, are you kidding me?" he said before the game. "First of all, I'm not a good athlete. Second of all, I'm 61 years old and a game show host. ...If I touch the ball, if I get any kind of aluminum on the ball, I'll be so happy."

Instead, Carey was excited to simply marvel at his hometown's achievements, adding that his own success didn't happen until later in life, which has kept him humble.

"I have to pinch myself, because I wasn't famous until I was in my 30s," he explained. "So I had like, a whole life growing up here in Cleveland, being broke, not being famous, not being able to afford anything. To have this second kind of life happening where I'm like, oh, I get to be down there doing this thing and being a celebrity in Cleveland and seeing all these people, it's crazy to me."

Cleveland has changed drastically since Carey's pre-celebrity days, and he raved about its growth. He noted that Cleveland hosting the MLB All-Star Game is just one among many big events planned for the city, with the NFL Draft and NBA All-Star Game scheduled for 2021 and 2022, respectively.

Carey also praised the bustling atmosphere downtown, something that couldn't always be said about the area.

"I never thought I'd see a Heinen's downtown," he marveled. "Are you kidding me?"