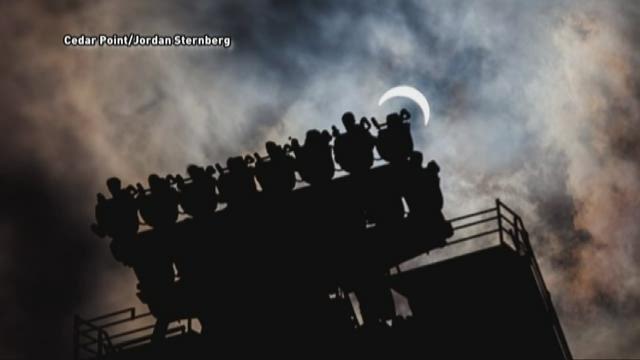 People traveled far and wide to catch a glimpse of the 2017 Solar Eclipse.

We've received tons of photos from viewers all over the country, but the best one just might be from Northeast Ohio.

When you're not in "totality," but can still capture an amazing pic. Cred to #InternJordan! #SolarEclipse2017 #Valravn pic.twitter.com/emlOK4LjZE

Cedar Point released this photo Monday after the Eclipse.

It shows riders on Cedar Point's Valravn roller coaster hanging over the edge, preparing to take a 214-foot dive straight down to Earth while the sun disappears behind them during the 2017 solar eclipse.

The Valravn is the tallest, fastest and longest dive coaster in the world with three inversions and a top speed of 75 mph.