Third graders at Charles Dickens Elementary are reading below state standards. The "Dickens Reads" program aims to change that. 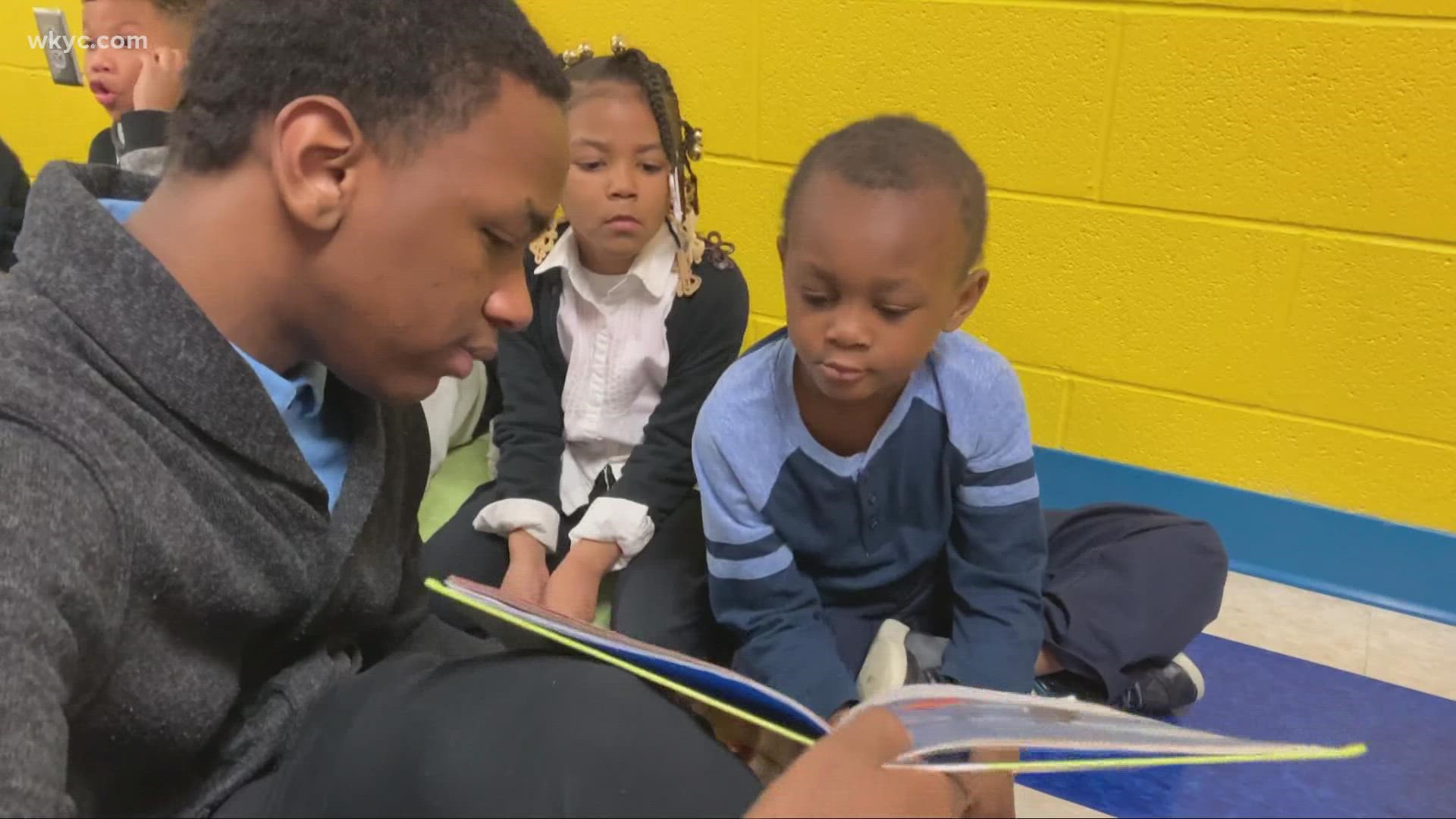 CLEVELAND — 3News has launched a new community initiative, Education Station, focused on giving you all the information you need to help your children succeed in school. And we’re bringing back a program that was helping address a heartbreaking statistic at a Cleveland school before the pandemic shut it down. Dickens Reads is back!

Back in early 2020, 3News partnered with Charles Dickens Elementary School after finding out that none of its 3rd graders passed Ohio's Reading Guarantee -- a state proficiency exam that tests the reading levels of kindergarten through third graders.

"Students in the 3rd grade are very nervous about taking the state assessment. Teachers were also more focused on books in the curriculum, as opposed to books the children would be interested in, with people and characters who look like them. Books are an opportunity for you to be able to escape, to be able to dream big," said Dickens Principal Jocelyn Foster.

3News stepped in and helped the school create Dickens Reads – a twice-weekly afternoon program where community volunteers tutored the students in literacy, played educational games, and helped parents with reading. The intention was to track the 3rd graders’ progress throughout the school year.

"We wanted to create a program that would create a love of reading again," said Foster.

"The first book was The Unstoppable Garrett Morgan. The second book was Feed Your Mind: The Story of August Wilson. The third book, we never got to because the pandemic shut the program down," said Crowder.

Fast-forward to the 2021-2022 school year. Children are back in school, the fall proficiency test is about a month away, and the Dickens Reads program is back. Charles Dickens Elementary also became one of CMSD’s “Say Yes” schools this year - one of only three in the district.

Hollins says the "Say Yes" program helps with everything from college tuition and clean clothes for students, to mental health care, even rent & utility money for parents.

RELATED: 3News is proud to be your 'Education Station'

"Research shows that if a student has what they need, they perform better at school. We’re here to just bridge that, to make sure families and students have exactly what they need," says Hollins.

3News is a proud sponsor of Dickens Reads, and Education Station will keep viewers updated on the students’ progress, as well as tell stories from other schools.

If you’d like to volunteer to read with the children at Charles Dickens Elementary, contact Margaret Bernstein at mbernstein@wkyc.com.

Editor's note: The video in the player above is from a previously published broadcast related to this story.