A graduate of East High School, Fowler-Mack has worked in education for over 20 years and currently holds a top administrative position in the Cleveland district. 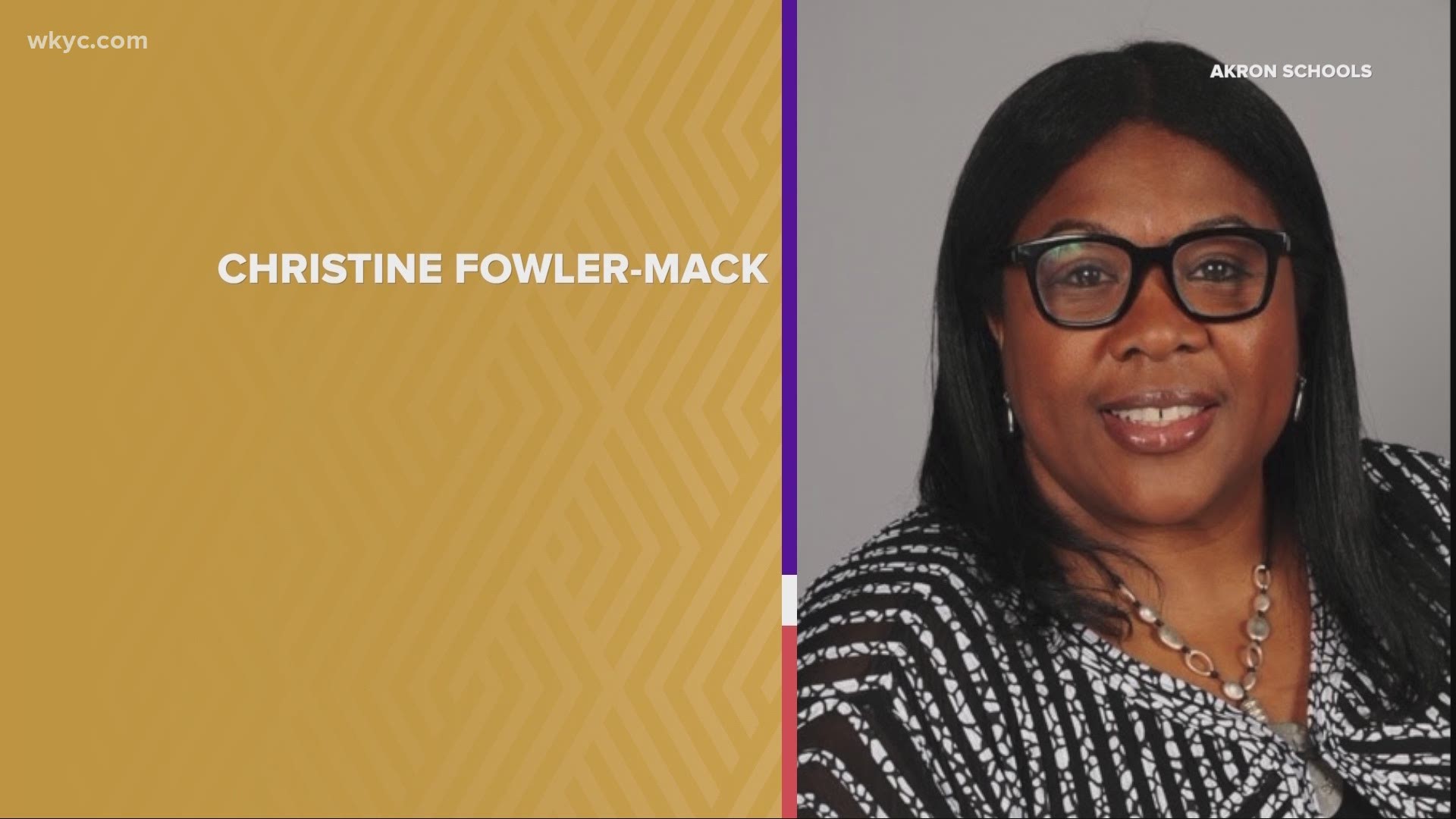 AKRON, Ohio — Akron Public Schools has a new superintendent, with Christine Fowler-Mack being named to the top job on Friday.

The school board voted to offer Fowler-Mack the position during a meeting late Thursday night, making her the first female superintendent in APS' 174-year history. The 55-year-old will replace Dr. David W. James, who is retiring in June after 13 years leading the district.

"Education is not just my craft, it is my life’s passion, and expanding opportunity is what has driven me every day of my career. I started my career in Akron, and I am elated to return home and lead a district in a community that means so much to me. I have served in nearly every role in public school systems and continue to approach leadership with the heart and mind of a coach. I am ready and eager to work with the community to build on Akron’s strengths and turn challenges into opportunities."

A graduate of Akron East High School, Fowler-Mack began her career as an APS teacher back in the 1990s before becoming an assistant principal and principal in both Kent and Cleveland Heights-University Heights. She spent nearly a decade as a top administrator in the later district and even served as acting superintendent in 2009 before leaving for the Cleveland Metropolitan School District a year later.

Since 2013, Fowler-Mack has been CMSD's Chief Portfolio Officer, overseeing roughly $124 million in funds while also leading the district's COVID-19 response. During her tenure, pre-kindergarten enrollment and high school graduation rates have seen sizeable increases, while chronic absenteeism is down.

"Christine is a dedicated educator and a steady leader," Mike Magee, CEO of Chiefs for Change (which recently named Fowler-Mack a "future chief), said. "She doesn’t allow anyone to make excuses for her schools or her students. That focus and approach has helped produce clear results: higher graduation rates, increased enrollment in high-quality pre-K, and student improvement trends that outpace comparable districts."

Fowler-Mack takes over at a time of immense change and growth for APS, which opened LeBron James' I PROMISE School back in 2018 and is currently in the midst of an $800 million initiative to upgrade facilities across the district.