Fowler-Mack had been serving as Chief of Portfolio Planning, Growth & Management for the Cleveland Metropolitan School District. 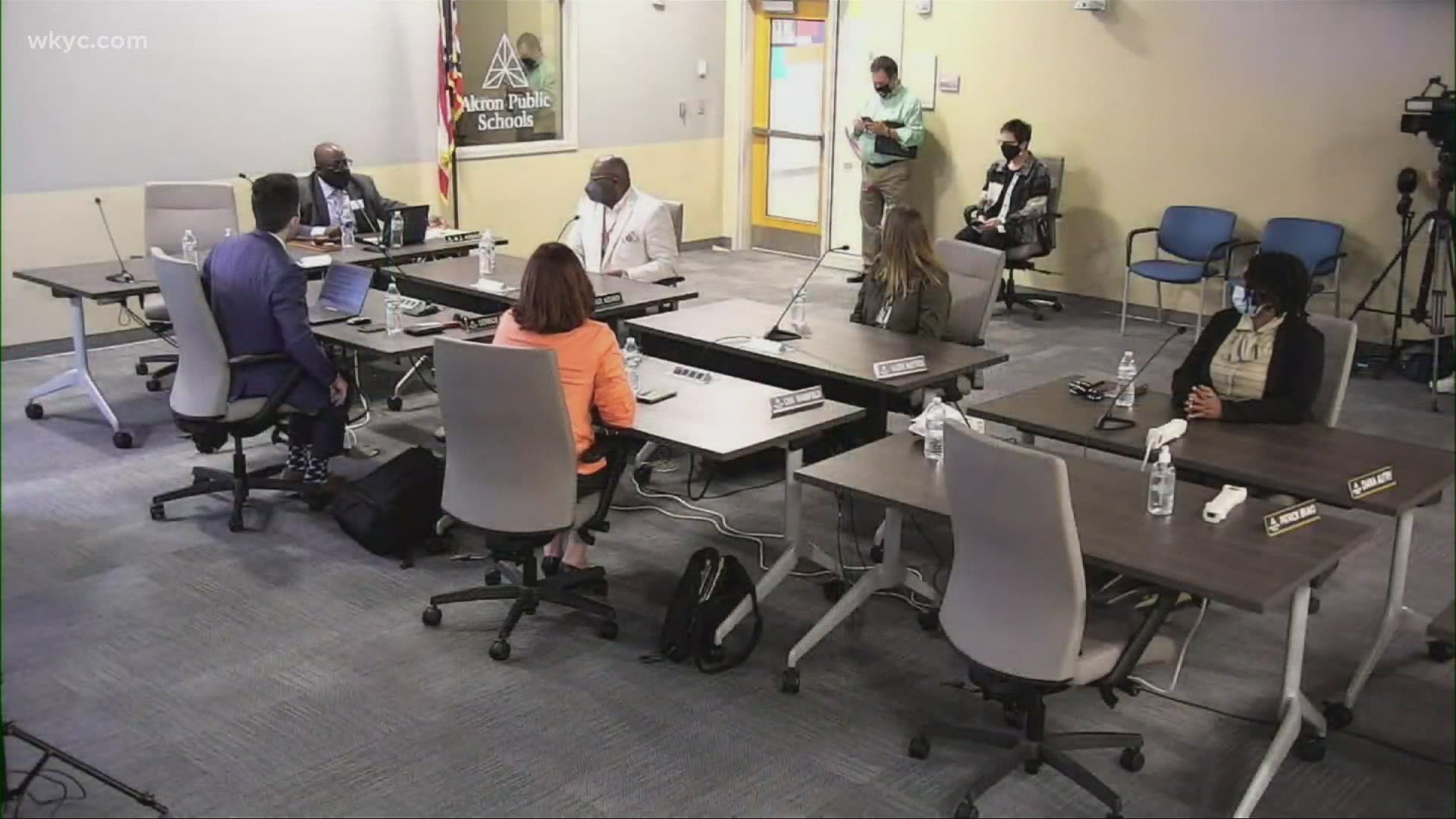 The Akron Public Schools Board of Education approved Fowler-Mack's contract during a midday special school board meeting Tuesday, before introducing her as the new superintendent.

Fowler-Mack, 55, is the first female and first woman of color to hold the superintendent position in APS' 174-year history. She will replace Dr. David W. James, who is retiring in June. Dr. James has led the district for 13 years.

"I just can't let this moment go past without celebrating the fact, first of all, that we have Christine as our superintendent, but second, that we are hiring the first woman to ever, in the history of Akron Public Schools, to hold this position,"  said School Board Member Lisa Mansfield. "That has great meaning, not just to me as someone who graduated from Akron Public Schools, but hopefully to all the children in Akron Public Schools who are watching today."

"I've already seen a quote from a young girl who was so excited that Christine looks like her," said Mansfield.

"I am deeply humbled and extremely excited to be here today," Fowler-Mack said. "It is both an honor and privilege to be able to return to a system where my hopes and dreams began."

Fowler-Mack graduated from Akron East High School and started her career in the 1990s teaching for the district. She then served as an assistant principal and a principal in the Kent and Cleveland Heights-University Heights school districts. Fowler-Mack then served as a top administrator in the Cleveland Heights-University Heights district for almost a decade before moving to the job in Cleveland.

Since 2013, Fowler-Mack has been CMSD's Chief Portfolio Officer, overseeing roughly $124 million in funds. Her position also saw her leading the district's COVID-19 response. During her tenure, pre-kindergarten enrollment and high school graduation rates have seen rather large increases, while chronic absenteeism has fallen.