Black River Local Schools says some staff members are pulling double-duty as drivers to keep up. 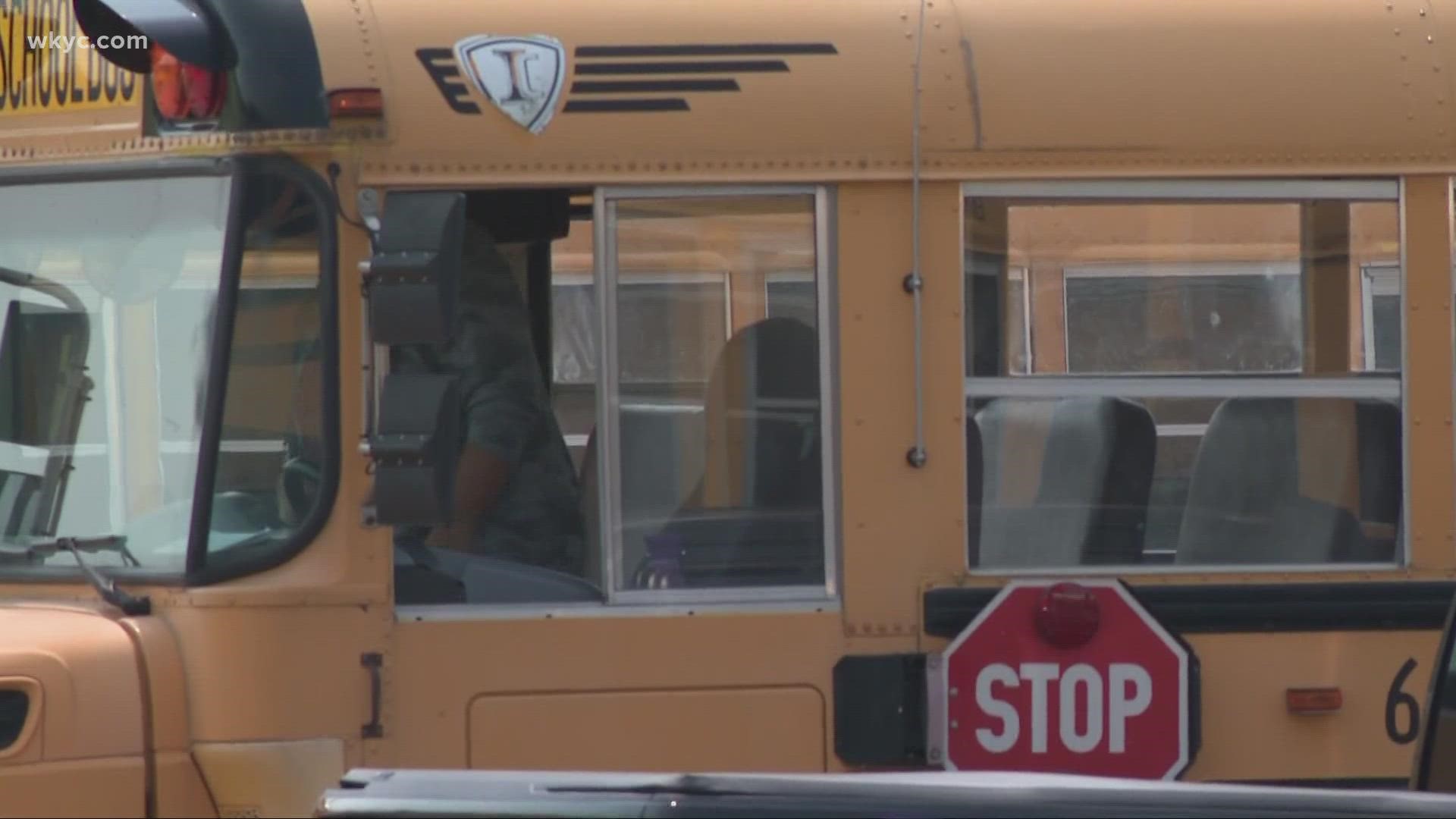 SULLIVAN, Ohio — Nationwide, schools are seeing a shortage in bus drivers, creating a concern for families relying on them to save millions of driving miles each year.

Without enough drivers, local school districts are having to get creative.

"We're sometimes having to double up on our bus routes," Black River Local Schools Superintendent Chris Clark told 3News. "We're also having to cancel field trips, cancel athletic events because we don't have the buses."

Clark says when they're short drivers, some kids are forced to stay on the bus for hours due to doubling up on routes.

"I work with the athletic director pretty closely, so if I need to pull him actually and have him do like a van route, I can pull that van driver and put that person into a bus," Berry explained.

Clark and Berry say a number of factors are steering people away from bus driving.

"I think the problem is that it's such a process in order to get the [Commercial Driver's License] and to get licensure, to get trained to drive a bus and how to deal with the kids," Berry said. "People just kind of shy away from that."

Clark says Black River trains its own drivers, and that folks considering the career should think of the benefits and know the position is valued.

"The bus driver is the first person to greet the students in the morning, and they're also the person to say goodbye to the students at the end of the day," he noted.

Unfortunately, he adds the district is also hurting for other positions.

Another issue? Some find it difficult to find time to complete preservice classes for bus driving. To help with those struggles, the Ohio Senate introduced SB 319, allowing parts of those classes to be completed online. The bill has not yet been passed.

RELATED: Could the end of federal unemployment benefits close the gap on the worker shortage?