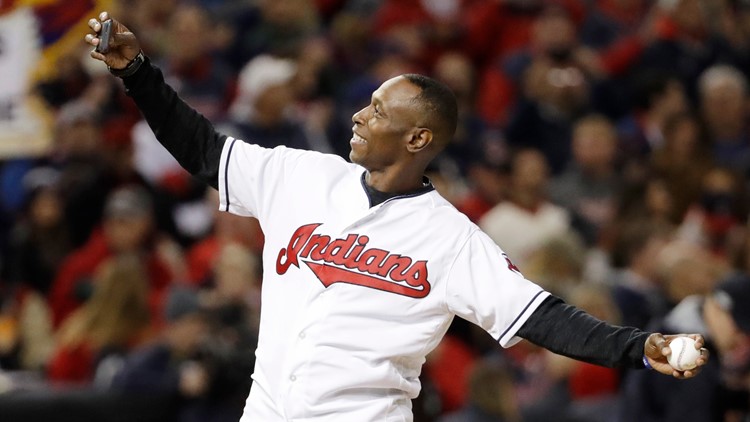 CLEVELAND — One of the greatest players in Indians history is returning to his "home away from home" to help give back to the city's children.

Legendary Tribe center fielder Kenny Lofton was in Cleveland this morning to present a $15,000 gift to the Cleveland Metropolitan School District. The money came from the Still Got Game Foundation (of which Lofton is a board member), and was raised during a fundraiser poker tournament at MGM Northfield Park this past July.

Lofton played 11 seasons in the big leagues, including parts of 10 with the Indians. During that time with the Tribe, he hit .300, made five All-Star teams, won four Gold Gloves, and became the franchise's all-time leader in stolen bases with 452. He also helped Cleveland win the 1995 American League pennant, its first in 41 years.

LET'S BE CLEAR: An open conversation with Kenny Lofton