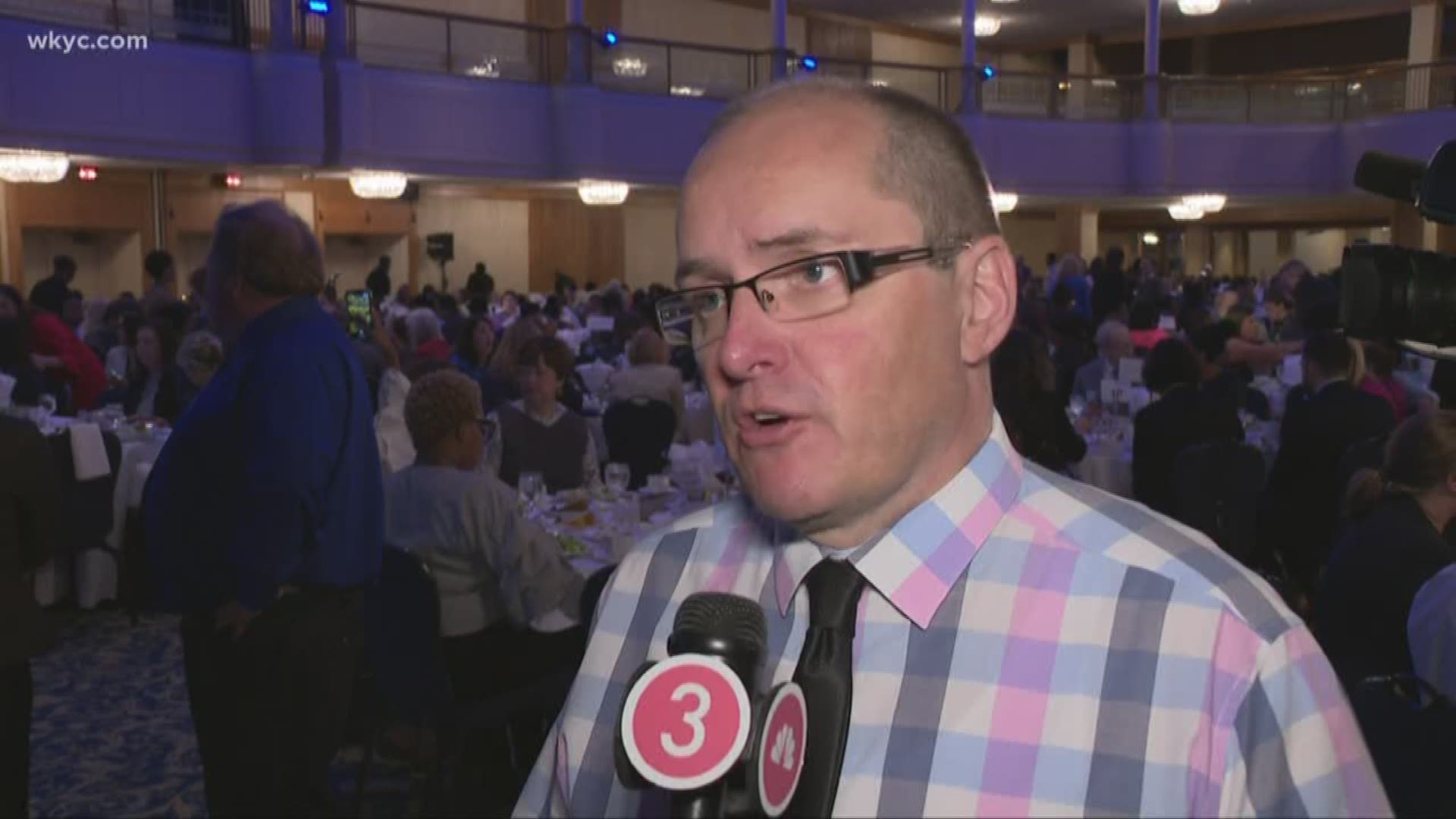 He noted that graduation and literacy rates of students continue to improve despite the district’s ‘D’ grade on the state report card.

"We earned a D -- we're not celebrating that, that’s not where we want to be," Gordon told 3News before his speech at the Renaissance Hotel before more than 800 people.

Gordon said the grade, which is up from an ‘F,” doesn’t reflect what’s students are doing in the classroom.

In his speech, he cited numerous examples of classroom projects and success stories at top performing schools. (You can read the speech by clicking here.)

"We will not succeed as a city or a region if we don't have strong school systems, not only the Cleveland ones but the first ring and second ring,” he said in the interview. “We are not going get all of our talent to move here to solve our talent challenges because every city is looking for nurses, is looking for those IT professionals, is looking for those construction people. We have to train our way to success and the schools are where that starts."

That point was underscored by the audience that filled the room to hear Gordon and included business and civic leaders who have partnered with the school district.

"I want to be a lawyer to help people out so they can live their best lives,” Sapphire Walker, a 7th at Wade Park School. “I want to stay in my community because they are very helpful, and they engage us."

Toward the end of the speech, Gordon said progress will need continued support from Cleveland taxpayers.

“We must, for example, keep in mind that the 15-mill levy supported by District taxpayers for the past seven years expires next year,” he said. “Without the continued trust and support of taxpayers, all the momentum we are gaining can be lost.”