Cleveland schools CEO Eric Gordon says all students will remain in a remote learning plan for the week of March 1. 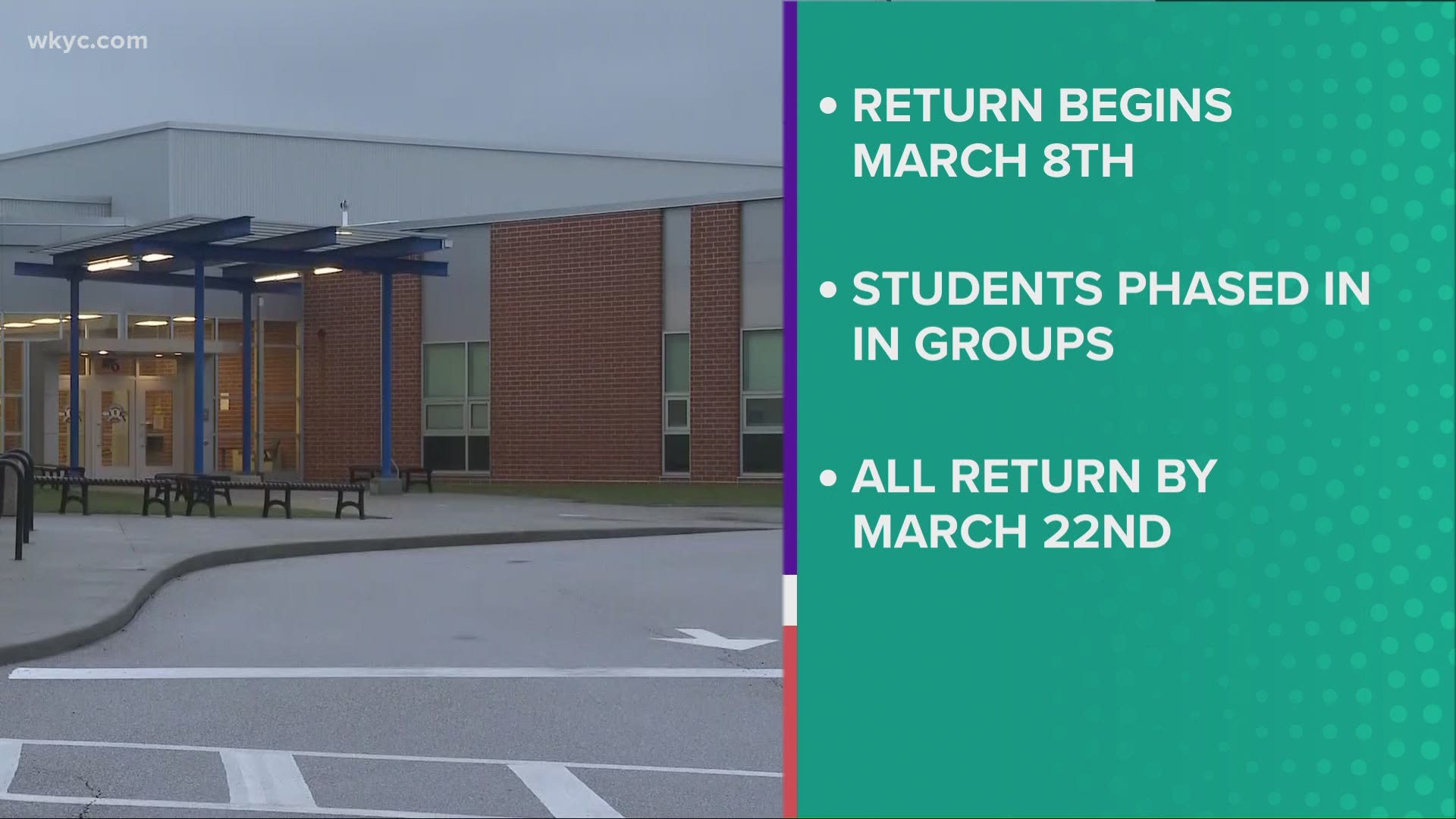 CLEVELAND — Students in the Cleveland Metropolitan School District will have to wait an extra week before shifting to the recently released hybrid in-person learning schedule. CMSD CEO Eric Gordon notified parents of the changes in a letter Thursday morning in which he said there are a "number of important things that must be in place in order for us to ensure a transition that is not only safe, but is also as smooth as possible for both students and educators who will be returning to school in both an in-person and remote learning mode."

This change means all CMSD students will remain in a remote learning environment for the week of March 1, Gordon said.

The delay comes less than a week after CMSD released its reopening plan. Gordon says the extra week will enable the district to make sure each family has received their child’s back-to-school mailers with the opportunity to opt out of the hybrid-learning plan.

Gordon says he’s confident they can complete these transitions throughout the month of March.

“In this way, when our students and educators return from spring break, CMSD will operate in a full hybrid learning model for both in-person and remote learners for the full fourth quarter of the school year.”

The district also said that due to COVID-19-related changes, students who live less than two miles from their school will not be eligible to ride a yellow bus to school. Students within the two-mile radius will be given daily RTA tickets to get to and from school.

Within recent weeks, Ohio Gov. Mike DeWine expressed his disappointment that a handful of districts -- including Cleveland -- may not meet the state's goal for a return to in-person learning by March 1.

"We said to our school districts that we would take some of the precious vaccine allotted to Ohio and vaccinate teachers and other staff as long as they'd be back in school full-time or in a hybrid model no later than March 1," DeWine said earlier this month. "We've learned there are a handful of schools that have said they will break that commitment. Not just a commitment to me, but also to the children of their districts. This is simply not acceptable. This is about the kids."

CMSD is in the process of vaccinating its staff. Gordon received his first dose of the vaccine on Feb. 9, saying second doses for CMSD staffers will be administered March 10-20.