CSU signed a 40-year lease for the school, which is on the sixth floor of the Idea Center in Playhouse Square. 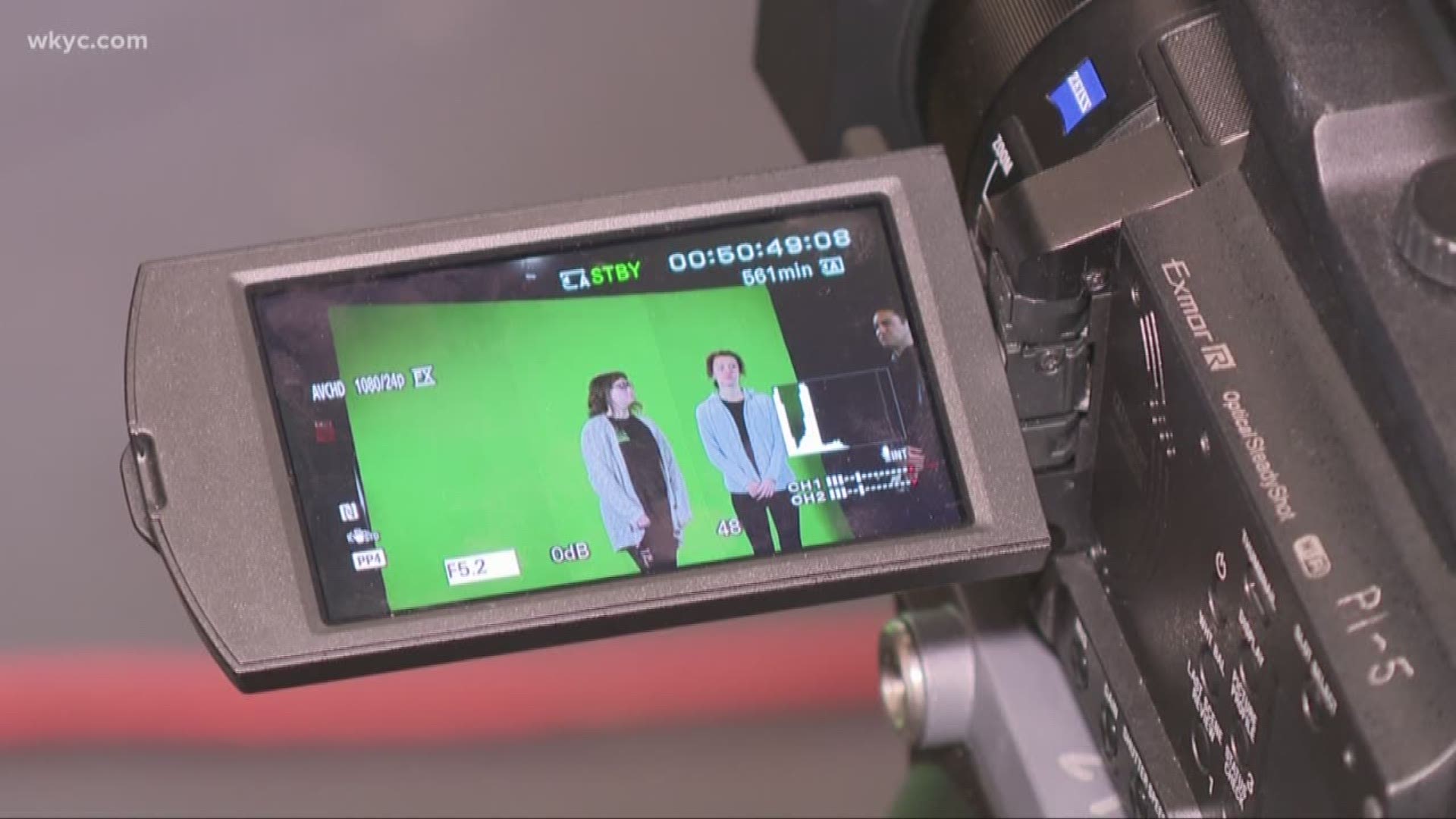 Student Meghan Short is originally from California, and says it was the local filming of The Avengers that first opened her eyes to the filming that can happen here. She now feels prepared to soon meet the demands of the industry.

“Everybody’s going to be ready to go into the workforce,” she said.

It marks the first free-standing film school in Ohio, and faculty believe they are poised to take on the NYU’s and USC’s, which have long been well-respected.

"Those schools cost $60,000 a year," Program Director Frederic Lahey pointed out. "That only serves a very limited portion of the population. And so what we’re about is democratic access to the means of expression."

CSU signed a 40-year lease for the school, which is on the sixth floor of the Idea Center in Playhouse Square. It includes soundproof stages, rehearsal space, and state-of-the-art labs for digital editing.

"And it’s ours!", CSU senior Haylee Bryars said while gleefully touring the space. "It’s so nice. We won’t have to share it with anyone else."

.@wkyc Getting our first look at some of the space in the new film school @CLE_State on the 6th floor of the Idea Center. Goal is to become the “North Coast Hollywood.” pic.twitter.com/nICQYjqQ8Y

Ivan Schwarz, President and CEO of the Cleveland Film Commission, believes this school was a missing link needed to attract new business.

“We are primed to be a player in this industry if we choose," said Schwarz, who also believes the Ohio Motion Picture Tax Incentive should be more than doubled from $40 million to $100 million.