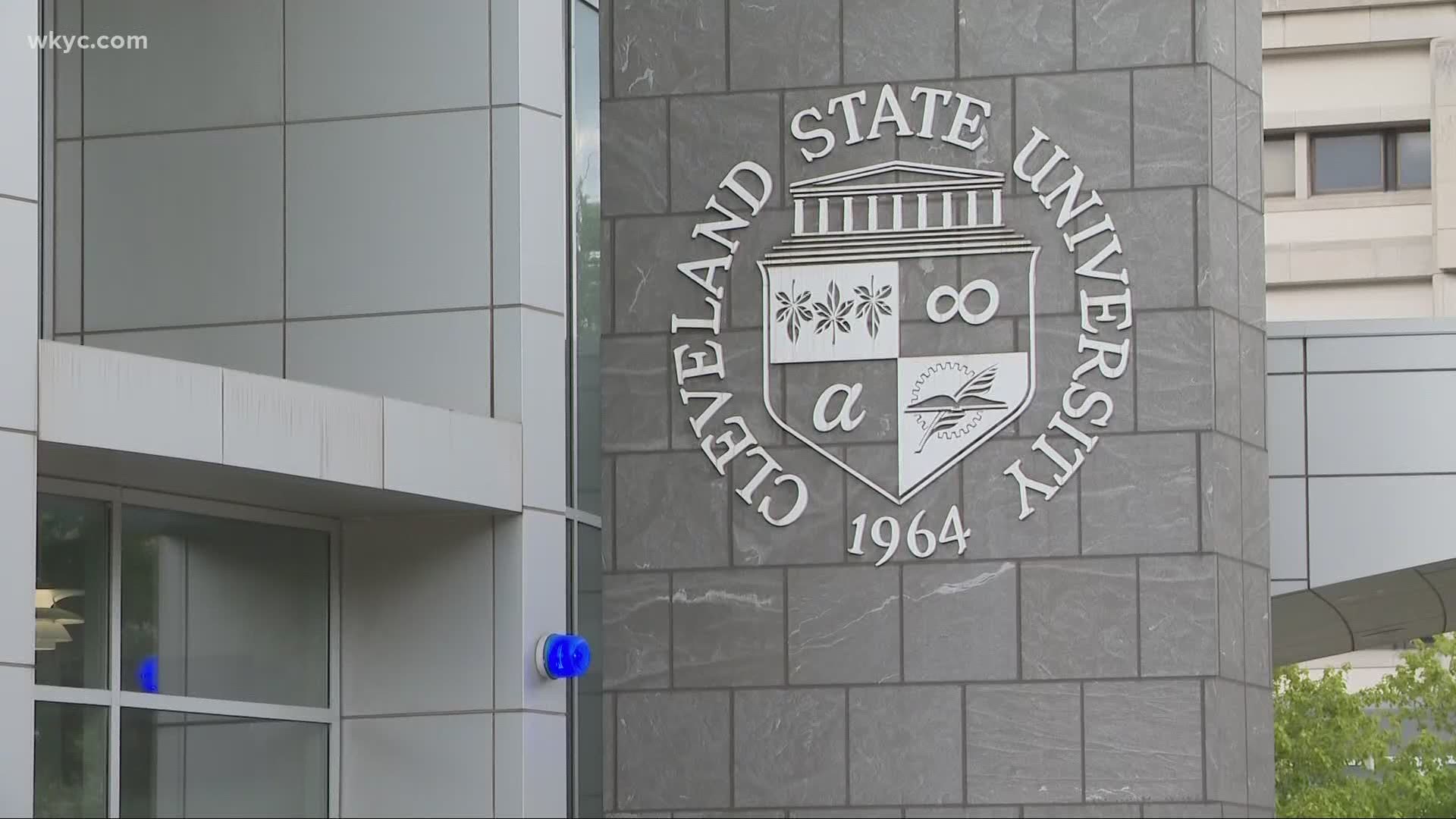 CLEVELAND — Cleveland State University, which has already announced plans to bring students back to campus in the fall amid the pandemic, was busy making changes Wednesday.

“My first reaction is whatever number you have, double it,” Sands said in an interview with 3News. “Same with signage. Anything that is encouraging folks to behave in a way that is consistent with our desire to stay open, double it.”

A new college requirement awaits the student body of around 17,000: Masks. Sands said this will be challenging for some.

“For us to be able to have this type of robust campus environment, we intend to have all students, staff and faculty join us,” he said (while wearing a mask). “And you will see me on campus with my mask and you see senior administrative teams, the deans, faculty. We have an incredible amount of support for this.”

He said teams of students and staff will try to get students to comply with the requirement.

Though daily commuters fuel downtown campus life, it has a growing live-in population. The university manages 3,000 beds. So, this year, every student will be offered their own dorm room - at no extra charge, Sands said.

While some colleges are cutting more than 50 percent of their courses, CSU plans to offer more than half (or 52 percent), thanks to its 62 buildings and 85-acre footprint. But some classes will convert to online instruction only or become a hybrid of sorts.

“We have some ability to spread out and that’s allowed us the ability to be little more aggressive with the number of courses that we are going to offer,” Sands said.

Some aspects of college life, though, are still on hold, including reopening of the campus rec center. Sands also said he’s not ready to discuss the future of men’s basketball. The school’s soccer, cross-country and volleyball teams have the green light to resume.

CSU and other universities are planning for a possible resurgence of the virus but won’t say publicly what number of infections will trigger a shutdown of the campus.

“[Positive cases] are something all university presidents across the state are planning for,” he said. “We have very a robust testing and tracing protocol in place, so if we get positive case on campus, we have the ability, because we have cordoned off sections of residence halls, for students that need to be quarantined.”

He said planning is key but “as much as I am talking to you today about our plans, we understand that we have to be flexible.”

CSU also plans to require students to submit a daily health assessment through a phone app before heading to campus. The school is still working out the details.

RELATED: Ohio marks 100 days since 'Stay-at-home' order changed us all

RELATED: Face masks are becoming as divisive as politics

RELATED: Real talk about the importance of wearing masks as COVID-19 cases increase