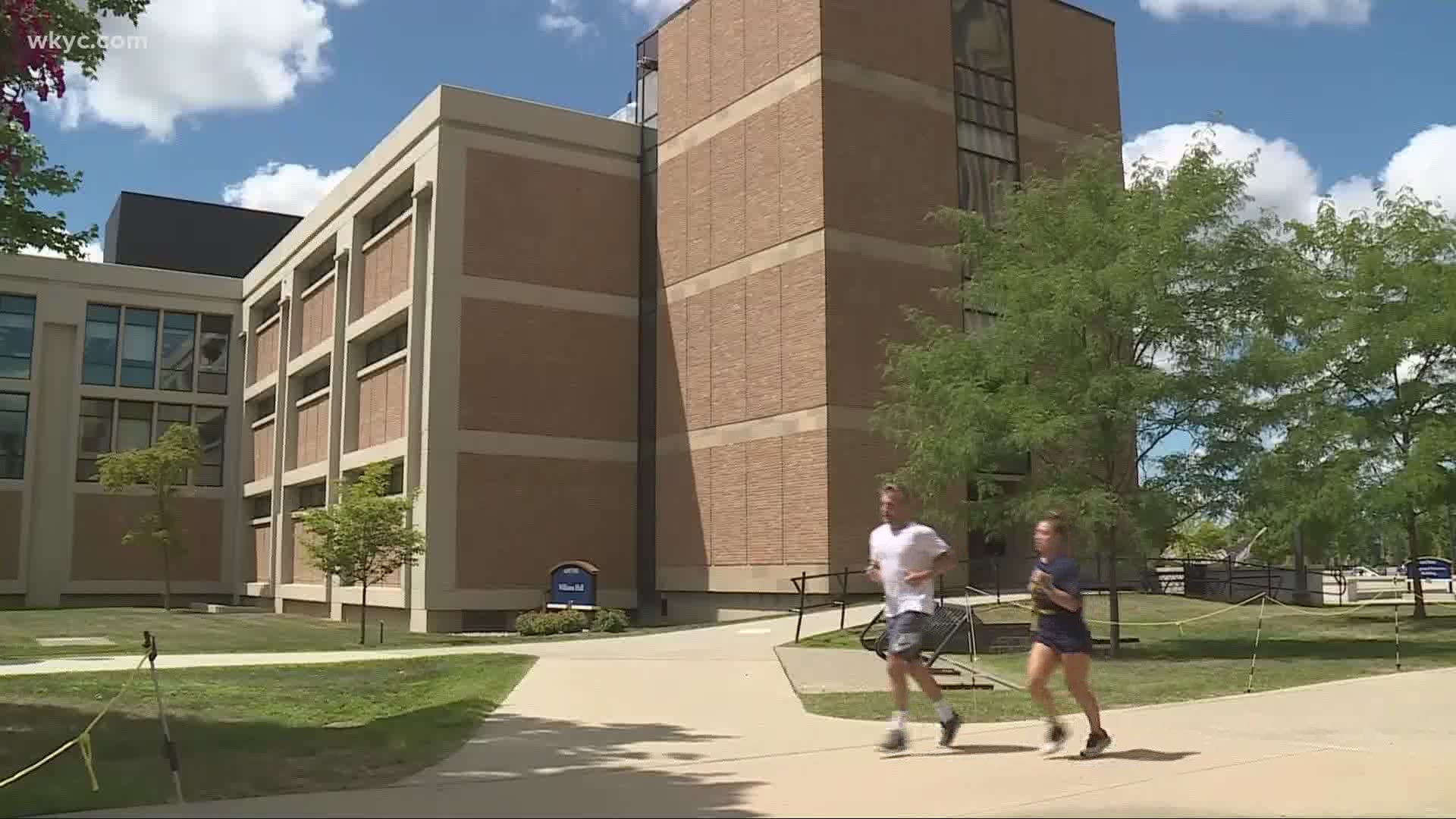 CLEVELAND — As students are returning to college campuses in Ohio and around the country, the number of COVID-19 cases among students are rising, disrupting months of planning for a safe return.

Miami University in Southwest Ohio saw a jump of 400 cases in the last week among students and others living off campus, even though in-person classes don’t start for weeks.

“We are seeing a small spike, an anticipated spike at virtually every campus where students are residing,” Bruce Johnson, President of the Inter-University Council of Ohio, told 3News.

The council, which advises and helps coordinate plans among colleges and universities, said schools have plans in place for the spikes.

“Not everyone has exactly the same plan,” Johnson said. “Miami is going to require tests before students come back. Ohio State is doing more testing than some on campus than others.”

The council, following CDC guidelines, isn’t recommending that schools test every student because there is a lack of testing resources. To get around that, the council is researching ways schools can test wastewater from dorms for signs of covid among students.

“Testing is rapidly expanding,” Johnson said. “But it is still not available enough to get everybody tested every day.”

If cases continue to spike, the schools could turn to additional online classes, Johnson said. Kent State has responded to a rise in cases by first limiting groups anywhere on campus to 10 people or less.

“There is really no reason to close,” Johnson said. “The question is will we really do any face-to-face teaching on campus.”

Allowing students to earn diplomas is critical, he said.

“We cannot take a break,” Johnson said. “We cannot fail to graduate 5,000 doctors and nurses this year.”

But he anticipates a decline in the overall numbers.

“Students are going to graduate this year but I wouldn’t be surprised if we had a decline in the total number of graduates, but my hope is 70 to 80 percent of normal.”