Organizations are working to decrease the number of students without technology or internet to resume their studies this fall. 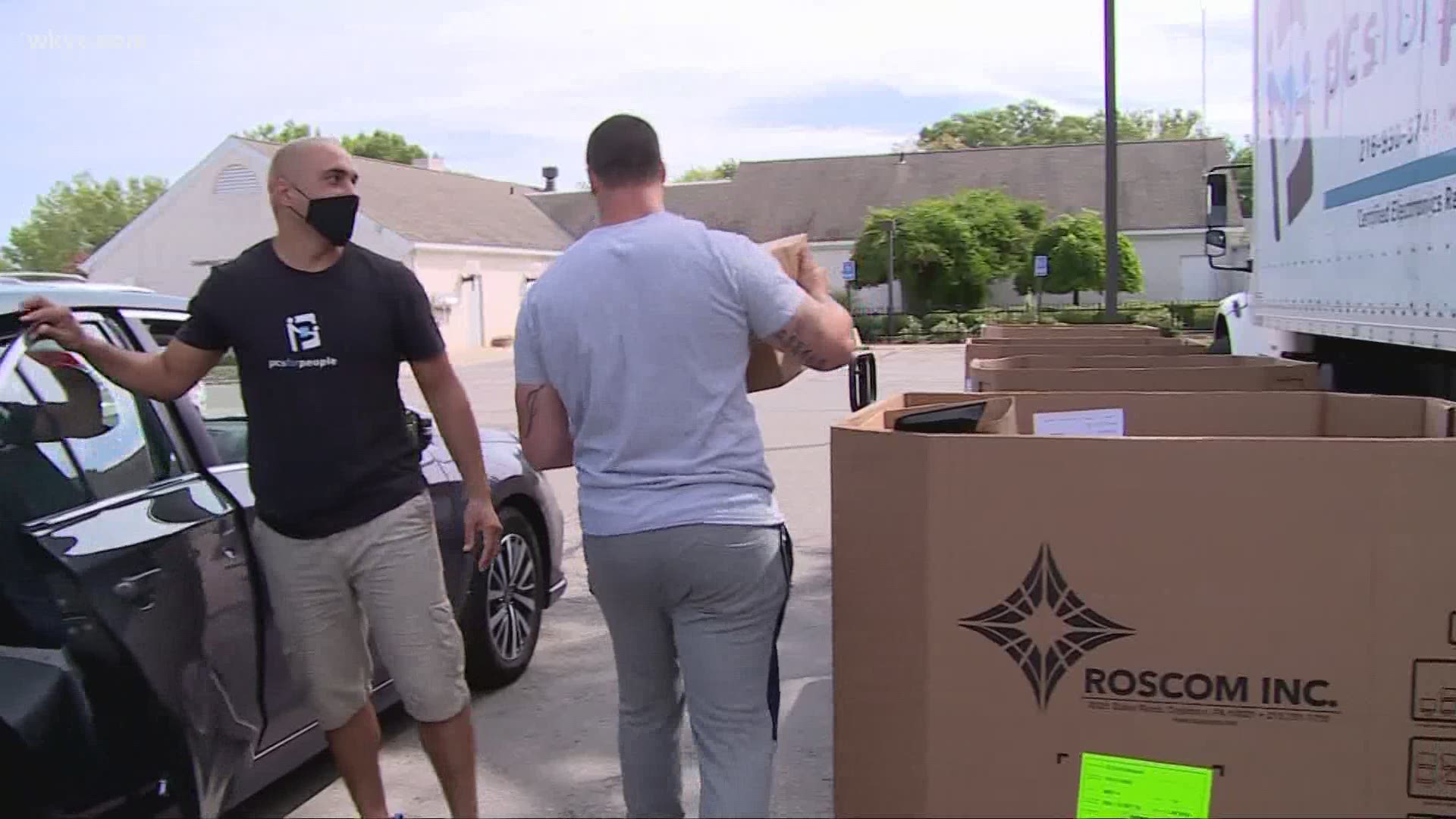 CLEVELAND — The digital divide is not a myth.

As many students prepare to attend school virtually this fall, many are already at a disadvantage without a reliable internet connection or a computer to use.

As part of WKYC’s Computers for Kids collection, dozens of donated computers were collected and are headed to PCs for People to be refurbished and donated to those who need them most. But still there aren’t enough computers to satisfy demand.

There are several organizations and companies that recognize this shortfall and are already working to do something about it.

“We needed to do something that could make a significant impact, it had to be measurable, and able to get done in a reasonable time frame,” said Bill Lacey, President and CEO of GE Lighting, a Savant company.

“Not only are we trying to close the gap on the digital divide, but we’re also trying to dismantle the effects of systemic racism.”

Following the deaths of George Floyd, Ahmaud Arbery, and Breonna Taylor, Lacey wanted to combat circumstances that lead to inequality. The digital divide is one of those circumstances.

Lacey’s plan is for companies in the Cleveland area to donate used computers to PCs for People so they can more quickly satisfy the growing need in the inner city. So far, with help from Eaton Corporation CEO Craig Arnold and Squire, Patton and Boggs Global Managing Partner Fred Nance, trio has pledged to donate thousands of computers in the coming years.

“Eaton has thousands and thousands of computers that come off lease every year,” said Lacey.

“While those computers may be out of date for employees of these corporations, they are still very relevant and good computers, and can satisfy a majority of the needs that the citizens of Cuyahoga County would need.”

This is just the beginning of a long battle against the digital divide – with plans to address access to internet in the works. And the work to fix it will be ongoing.

“The problem doesn’t just end after this year,” said Lacey. “It’s a challenge that has to continue to be met.”