While students are missing key moments in their lives, communities are rallying around them to help bring some cheer. 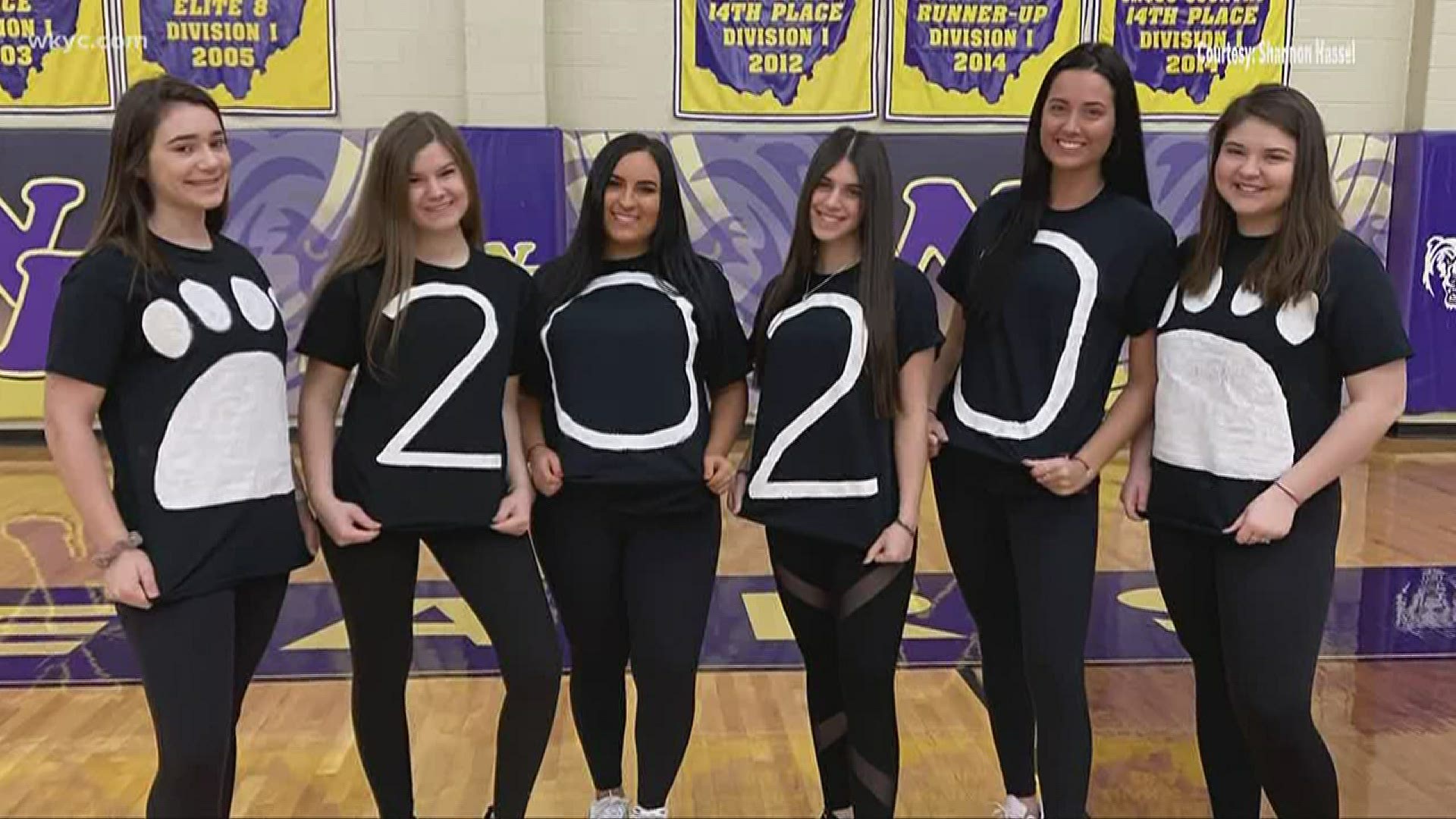 NORTH ROYALTON, Ohio — Since schools all over Ohio and beyond are missing out on things like classes, dances, sports and graduations, some local communities have taken action to try and provide a little cheer.

“I mean, I’ve wanted a prom and commencement all through high school. It was a dream and it just sucks that its all been taken away,” says North Royalton senior, Shannon Hassel.

Hassel is one of many students around the country that is missing out on their last few months of high school.

And while those memories missed, will never be made, some are trying to pitch in and send some encouragement to students in their community.

“The whole idea is just to get students posted and get them sponsored,” says Samantha Fozio, co-owner of Royalton Gifts. “Give them a package that makes them feel important the same way that they would have felt important during these events that they’re missing out on.”

Fozio cataloged and put everything they had in the store on a website. Afterwards, she reached out to North Royalton families with 8th graders and seniors who were missing out on their graduation. She asked for photos and information to then ask for sponsors to send little, thinking of you, gifts.

“I feel like it’s a way for our community to come together and do something nice for our students at a time when they’re missing out on a lot through all of this,” says Dawn Carbone-McDonald, a North Royalton resident who has sponsored both an 8th grader and a senior.

The gift baskets are small, filled with things like picture frames, bracelets and candy, but the impact they’re having on these seniors is much larger.

Carbone-McDonald says, “It’s so comforting to know that there is so much love and support in the community.”

“I’m going through a wave of emotions and getting something nice, it was just a nice box of positivity and it really cheered me up,” says Hassel. “It was a really pleasant surprise,” adds Shannon’s mom, Pam.

“It just put a smile on my face,” says Shannon.

RELATED: Teenagers in band 'Detention' get creative with free time