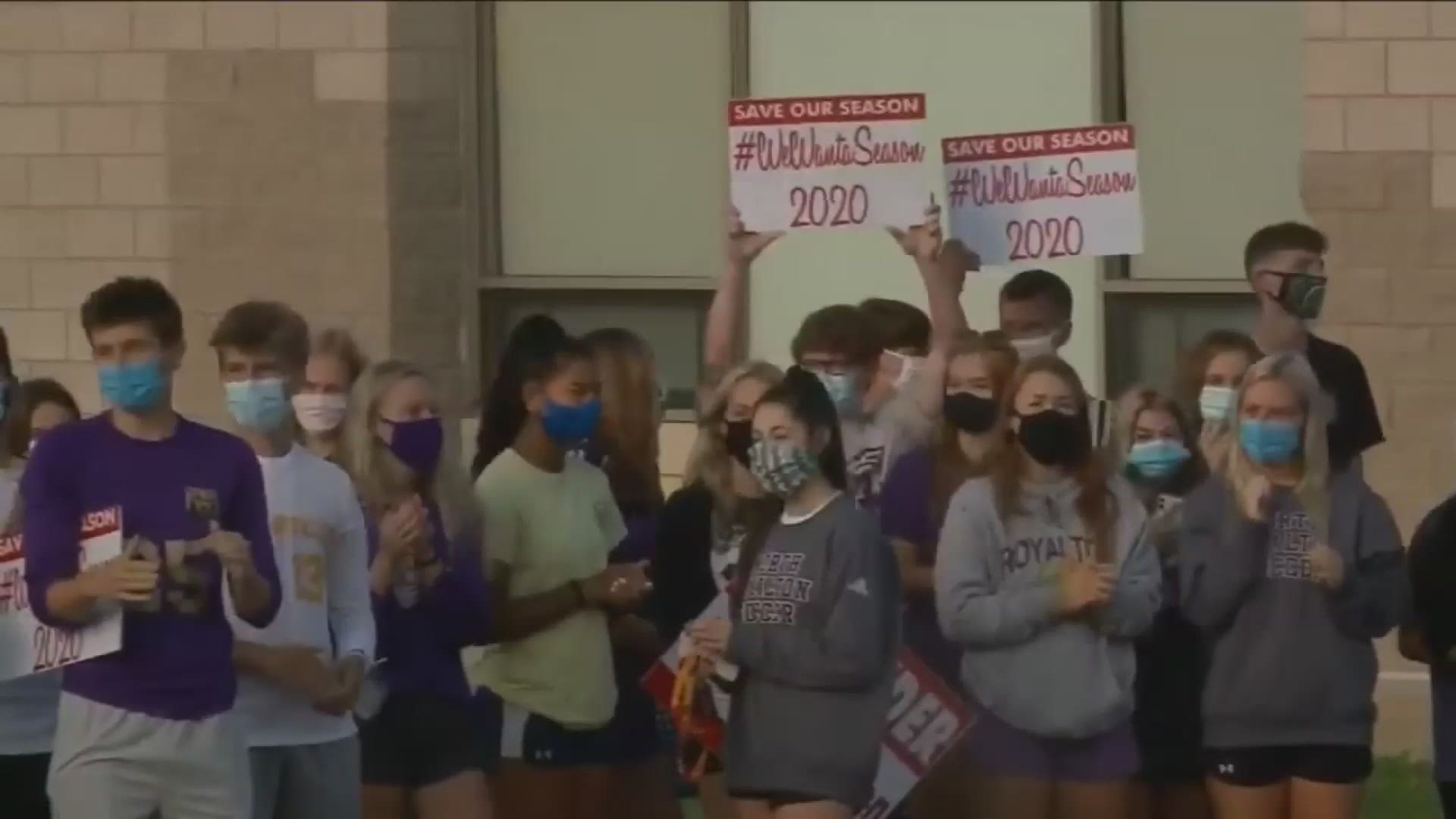 That was one of multiple chants echoing outside of North Royalton Middle School before 8 a.m. Monday as a group of students and parents gathered for an early morning rally.

Their mission was to ask the district to allow classes to resume with in-person learning and for fall sports to move forward. Many students and parents were seen holding a variety of signs throughout the rally. Here are some of the messages our cameras spotted:

3News streamed the rally live as it happened, which you can watch again in the player below.

The rally came just a few days after North Royalton City Schools announced that all student activities and athletics were being paused until a finalized reopening plan was determined. Their decision was revealed following recommendations from the Cuyahoga County Board of Health in which it was suggested that school districts begin school with remote learning and extracurricular activities -- like sports and band -- suspended until further notice.

This North Royalton event is just one of multiple rallies planned throughout Northeast Ohio this week as more districts announce plans to begin the school year with students learning from home.