The blame wasn't placed on the school's leadership, but rather towards the state of Ohio 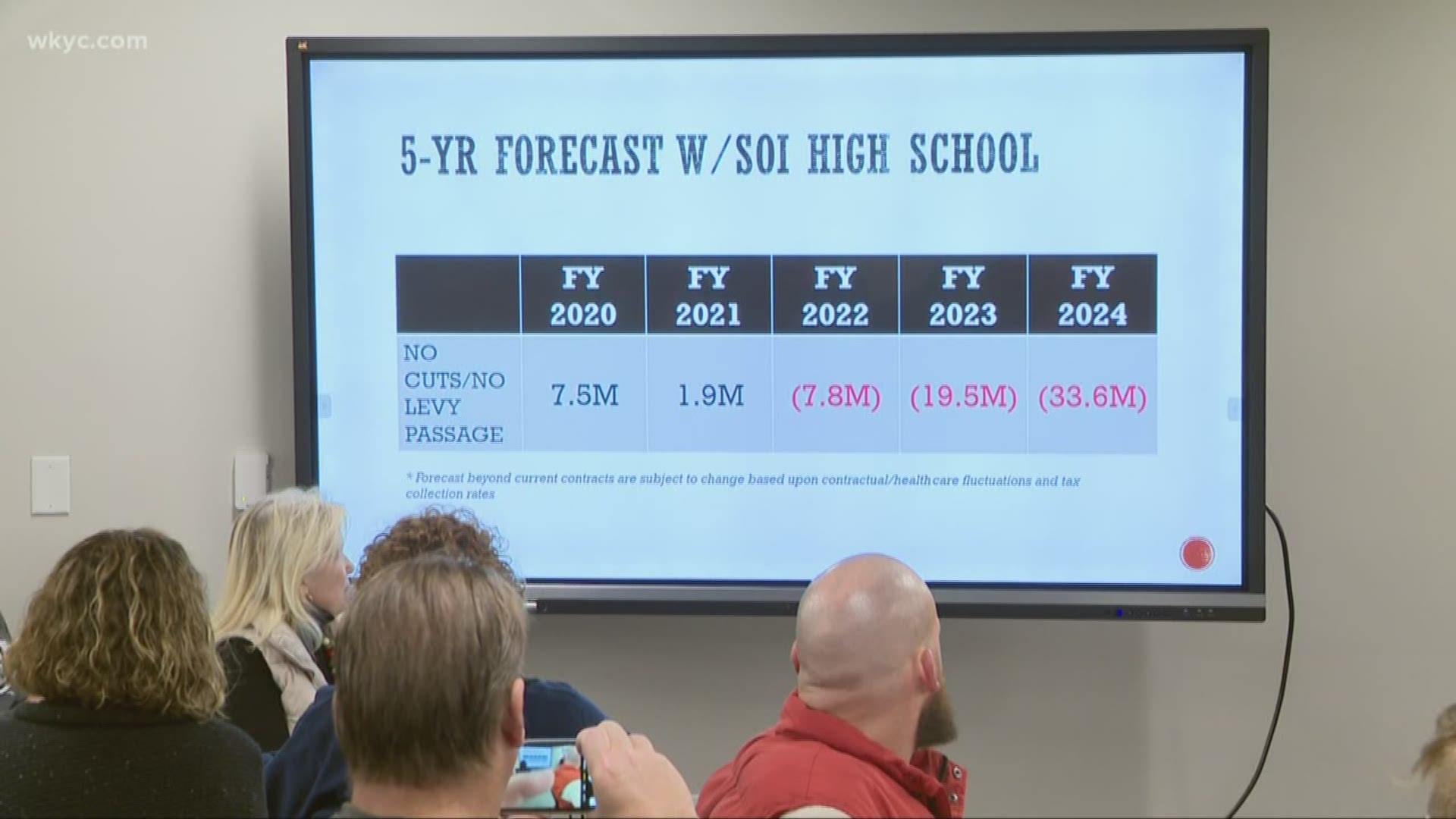 EASTLAKE, Ohio — It’s the repeat of a frustrating story because of another failed levy at Willoughby-Eastlake City School District.

Superintendent Steve Thompson said there wasn’t much the levy committee could do to avoid cutting into student activities.

“There is no low hanging fruit,” Thompson said. “Now when cuts come, man they're hard, they're really hard.”

This time, the committee chased down 2.1 million dollars, which meant cutting out student athletics and some staffing.

At a public meeting on Sunday night, some parents questioned the idea behind some of those cuts.

“They cut all of the non-athletic programs, all of them,” John McClellan, parent, said. “With the athletic cuts, they're much more forgiving. I'm not against sports, but I am for fairness.”

One of the issues discussed was voter turnout, which was less than 80 percent.

While many wanted to see that number increase, parents said they had to give people the confidence to vote on issues that matter.

Because the levy will be back on the ballot in March, the meeting helped parents and students dissect and brainstorm ideas about what could be next.

If the levy doesn’t pass again next year, it will mean more cuts that could have a domino effect on students.

“We're at the point now that if we cut staff, you're talking about cutting programming now so you wipe out music, you wipe out a foreign language,” Thompson said.

Some say the focus should be put on the root issue, the reason schools are struggling with funding: the state.

“This isn't our leadership and the city's fault, the state of Ohio has taken money away from us,” Sandy Conway, parent, said. “It's not just a Willoughby-Eastlake problem, this is a state of Ohio problem and I would encourage people to reach out to their representatives to help solve it.”

For more information on changes parents would like to see, visit the Ohioans for Improved School Funding Facebook page.