'I sat here and cried after I heard the decision by the governor.' 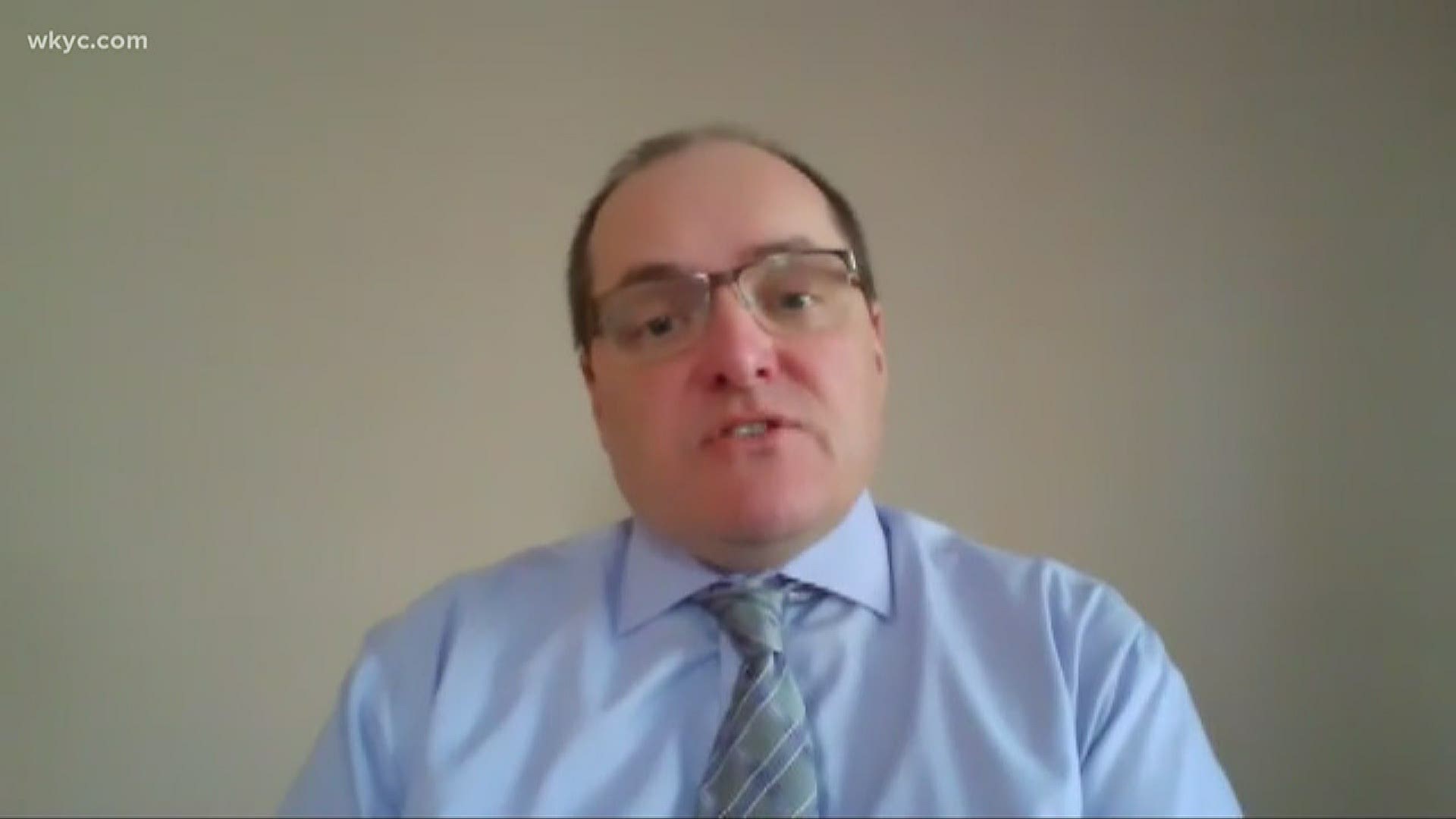 AKRON, Ohio — While there won’t be in-person instruction for the remainder of this school year, there are questions about what’s next and how teachers and students will cope.

“I sat here and cried after I heard the decision by the governor,” says Akron parent Al Gordon. “These kids have worked so hard for so long and to lose out on those experiences those are some you can’t get back.”

Gordon has two daughters in school, including high school senior Vicki and eighth grader Cameron who says this is affecting people mentally and physically.

Akron Public Schools and the Cleveland Metropolitan School District are looking for more guidance from the state to determine social distancing procedures when in-person learning resumes.

Gordon believes Gov. Mike Dewine and Dr. Amy Action have done a nice job taking measured steps and before accommodations can be made in the district, school leaders need to understand the public health rules.

“We just don’t know what August is going to look like yet and so to try to forecast that today, frankly I think could be a bit dangerous and so we’re going to have to be a little patient and watch this unfold and plan against it,” he says.

According to Gordon, nearly have of their community doesn’t have high quality, reliable internet and almost two-thirds don’t’ have a device, so they are finding ways to try to bridge the virtual learning gap.

Literacy in the H.O.O.D. is a community organization committed to increasing reading levels in the community and they’re continuing the work during the pandemic.

“Going to the spots where they’re providing free lunches, pantries and churches just making sure they have books so they can provide them for the children,” explains Founder Chrishawndra Matthews.

CMSD Parent Q’Dera Hood has two students in the district and finds learning opportunities at home beyond school work.  She’s concerned about the future.

Either way say parents and students seem to be ready for more normalcy while following social distancing guidelines.

“For the mental aspect of all these kids, teachers, I think they need to get back to some kind of normal routine to where they can have that structure and that valued time in the classroom,” says Al Gordon.

RELATED: Social media reacts to health officials warning Ohio to not open up too quickly

RELATED: Schools across Northeast Ohio light up their stadiums in honor of the Class of 2020

RELATED: Health officials warn Ohio can't return to normal anytime soon as May 1 approaches: 'We are not through this'