Go inside local rallies to see why students and parents want in-person schooling. 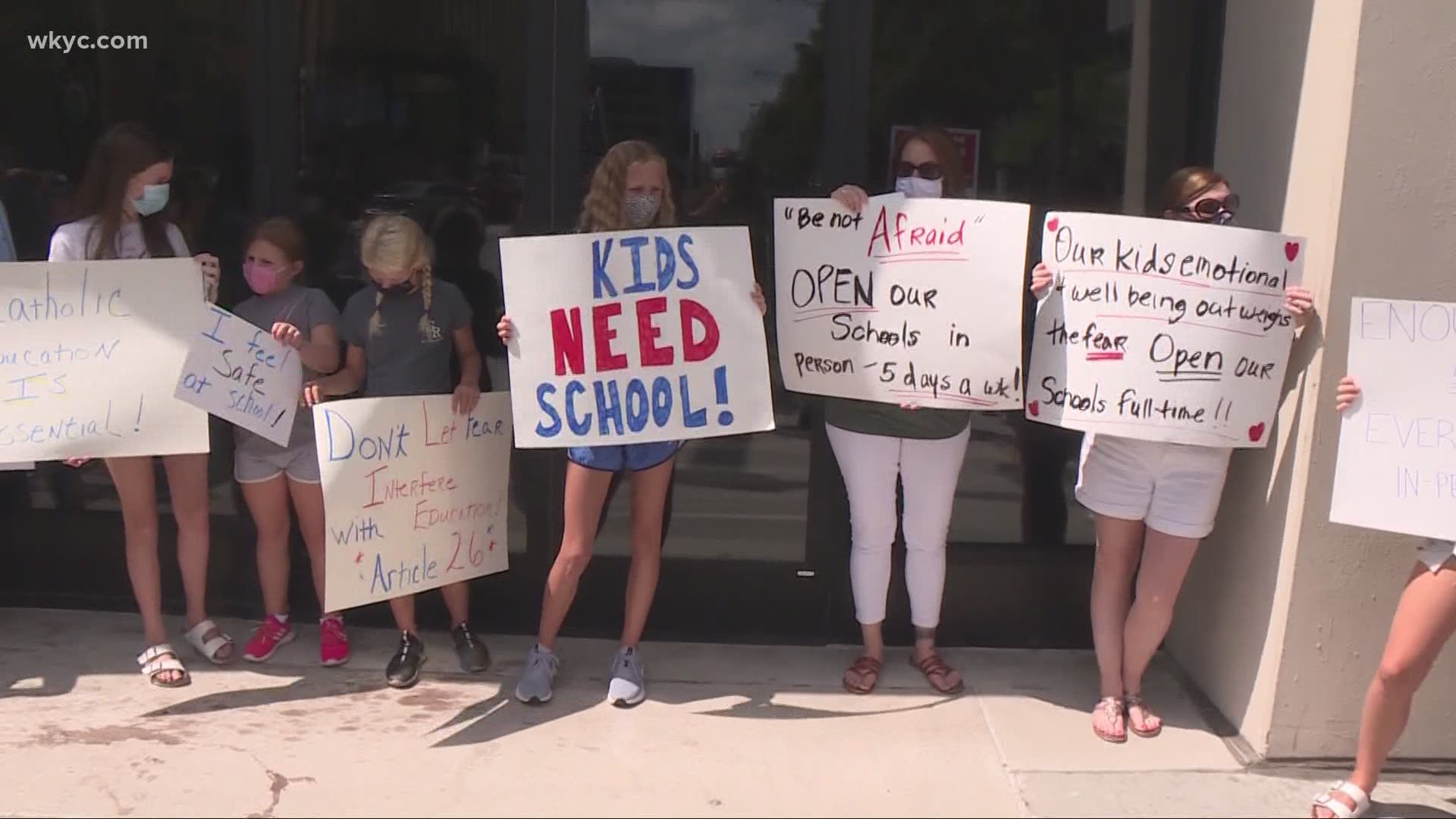 CLEVELAND — In North Royalton Monday Morning, dozens of students gathered to make it known that they want their sports seasons to continue and they want in person school.

The same sentiment was shared downtown by parents of Catholic school students. Erin Lally, a concerned mother says in-person learning is the way to go this school year.

“The majority of kids that I know, my own kids, my family, friends, sports leagues, in my community want to be in the classroom,” says Lally.

Pat Kennedy is an alum of a Catholic school and has a teenage daughter in the Catholic school system. He says he trusts in-person learning and just wants to see his daughter thrive academically.

“I’d like to see things get back to where she can get in person learning. She takes a lot of high-level honors and AP classes and I think she needs in person learning to facilitate doing well in those classes,” says Kennedy.

The Catholic Diocese Superintendent, Dr. Frank O’Linn addressed the crowd, saying they’re closely monitoring the boards of health, and that they are listening to parents as well.

“Our concern is providing as safe as possible environment for our schools and our communities. We are going to be guided by them and continue to listen to them,” says Dr. O’Linn.

Many at the rallies saying they trust the school system, and the safety measures they have in place to have a successful in person school year.

“They will be all wearing masks on campus. There are partitions, there are social distancing guidelines set up and we can absolutely do it for the benefit of the children,” says Lally.

The parents 3News spoke with at the rallies understand that remote learning may be the best for a lot of families in our area. They simply wanted the Catholic Diocese to feel their support for in school learning as other districts decide to go remote the first nine weeks of the school year.