The Cleveland Metropolitan School District and Akron Public Schools both begin their phased return to the classroom. 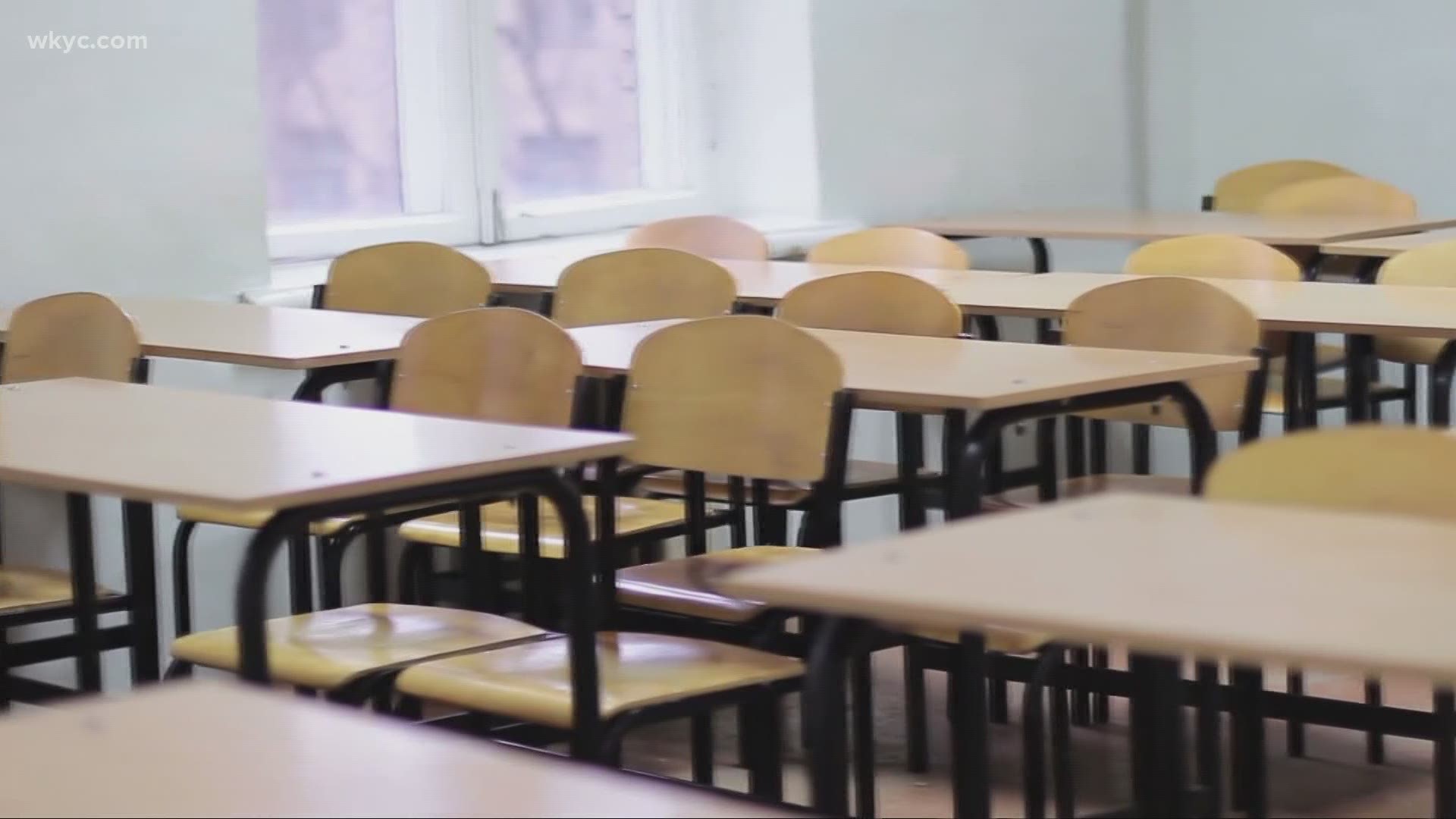 CLEVELAND — It has been nearly a year since thousands of Northeast Ohio students have been inside a classroom because of the COVID-19 pandemic – but that all changes starting this week.

The Cleveland Metropolitan School District will start its back-to-school plan this week as students are welcomed in three different phases starting March 10. The district's return comes a few days after the Cleveland Teachers Union voted to continue remote learning until further notice due to ongoing health concerns.

Akron’s return to the classroom begins with grades K-2 reporting March 8. The remainder of students will be back March 15, including pre-kindergartners.

"There will most certainly be some bumps along the way," Akron Superintendent Dr. David James wrote on the district's site. "We ask everyone to remain patient and understanding as we travel this path together."

Within recent weeks, Ohio Gov. Mike DeWine expressed his disappointment that a handful of districts -- including Cleveland -- would not meet the state's goal for a return to in-person learning by March 1.

"We said to our school districts that we would take some of the precious vaccine allotted to Ohio and vaccinate teachers and other staff as long as they'd be back in school full-time or in a hybrid model no later than March 1," DeWine said last month. "We've learned there are a handful of schools that have said they will break that commitment. Not just a commitment to me, but also to the children of their districts. This is simply not acceptable. This is about the kids."