'While many are excited about the new facility, there are alumni that grieve the loss of their alma mater.' 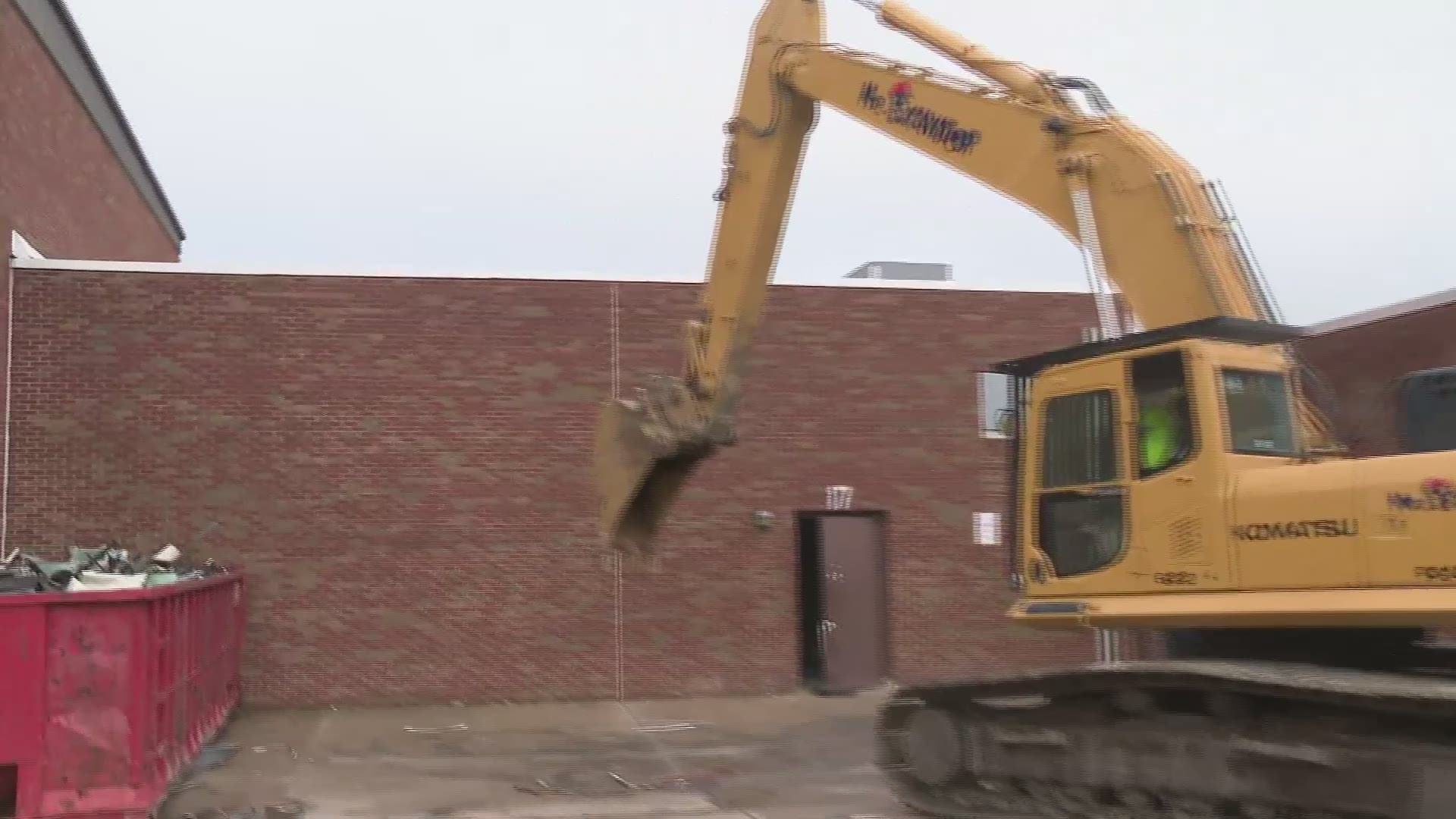 Although there was no actual wrecking ball for the event, an excavator claw began ripping into the building's bricks around 12:15 p.m. The process of removing the old structure comes just a few days after Richmond Heights Local Schools hosted a virtual ribbon-cutting ceremony and tour of its new 21st Century Community Learning Center last week.

“While many are excited about the new facility, there are alumni that grieve the loss of their alma mater,” officials noted in a press release.

The city’s motto is “The City with a Forward Look.” School officials say this step with the old high school is one more step forward.

Editor's note: Video in the player above was originally published on April 10, 2021.