Concerned parents of Rocky River students held a rally outside the board of education ahead of a special meeting to discuss teacher video. 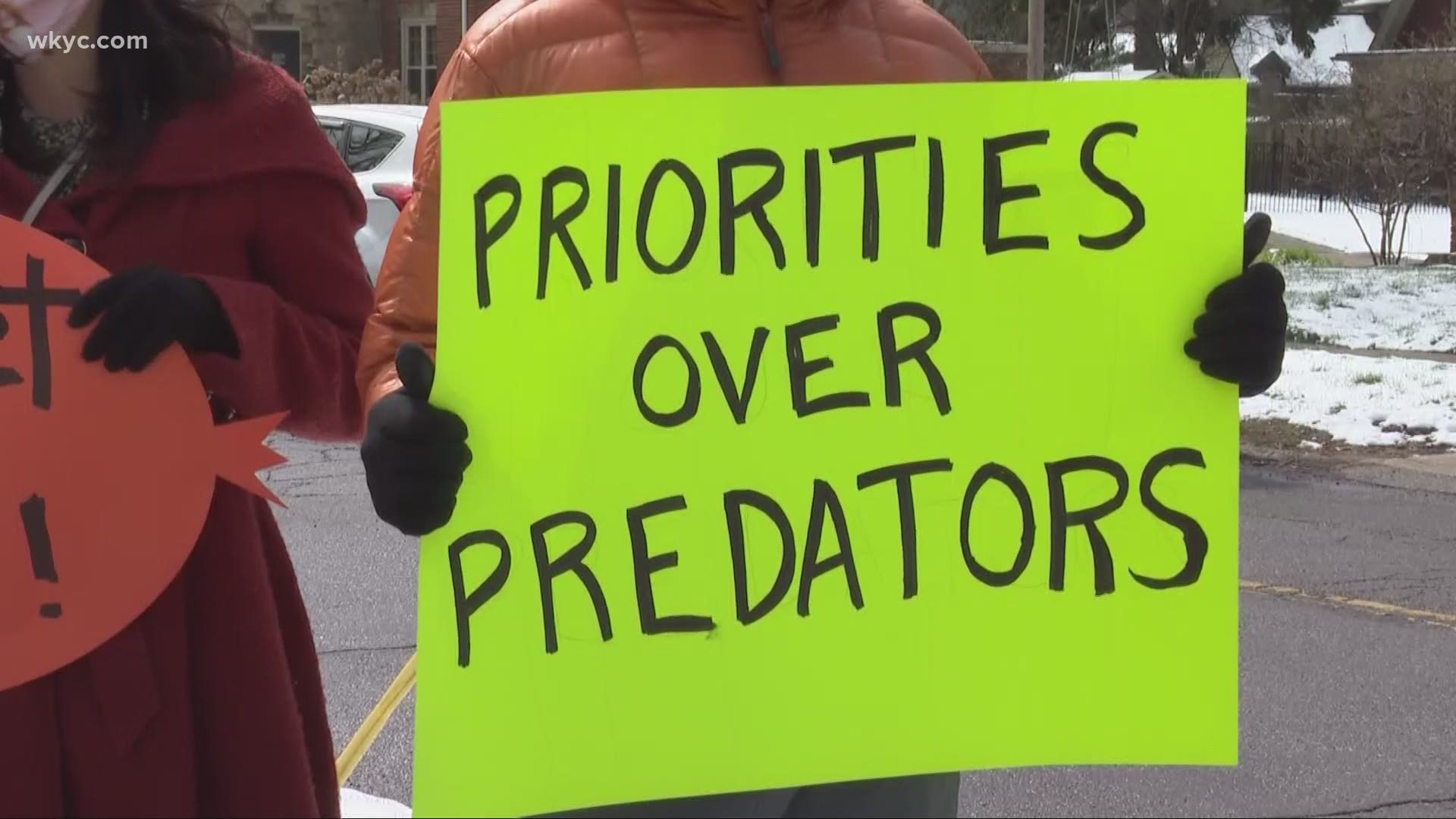 ROCKY RIVER, Ohio — Rocky River parents held a rally Thursday outside of the Board of Education building to voice their concerns ahead of a special school board meeting. The executive session was held by the board to address allegations that several high school teachers were speaking inappropriately about a student.

“We cannot allow this type of behavior to be normalized,“ says Thaddeus Gregory, a parent of a Rocky River student. “That does not belong in a school. That behavior is unacceptable.”

Last month, officials began looking into a filmed video conversation between several teachers, which included inappropriate comments about a student as well as a discussion about an alleged sexually explicit photo taken by one of their colleagues.

April LaRow, the mother of 3 daughters in the district, organized the gathering to make sure the school board knows where she stands.

“This discussion they had and the picture that they, at least thought they received, was very inappropriate and they do not belong in a building with our kids,” said LaRow.

Six Rocky River School District staff members were put on administrative leave after the video was released but last week, Rocky River Police determined there wasn’t sufficient evidence to charge anyone in the incident. The police stated that no photos of students or inappropriate discussions about students were in the text message threads among the teachers.

Then earlier this week, police reopened the investigation after they received new evidence suggesting that undisclosed information may exist that indicates criminal activity.

Shoaf came outside to address the parents, telling them that as a father of a student, he stands with them. He also said they’re sending their findings to the Ohio Department of Education for an independent review. While the board won’t be making any official decisions on the matter during the meeting, Shoaf said it’s important for them to discuss the facts and different ways to resolve the situation.

“I know they have expectations for me to take appropriate action and absolutely, I will,” said Shoaf.

The Rocky River Teachers Association released a statement earlier this week, saying despite the case being reopened, they remain confident the same conclusion will be met again. Parents, however, want to make sure this allegation gets a thorough review.

“It’s damaging to our kids, that type of talk and those types of attitudes,” says LaRow.

“We all want to know that there’s an honorable process in place,” says Patrick Coleman, the parent of several Rocky River students. “The outcome will take care of itself.”

Marisa Saenz had more on Thursday's edition of "What's Next":