A district-wide digital event allowed students to share their thoughts on the chaos at the Capitol as a learning moment. 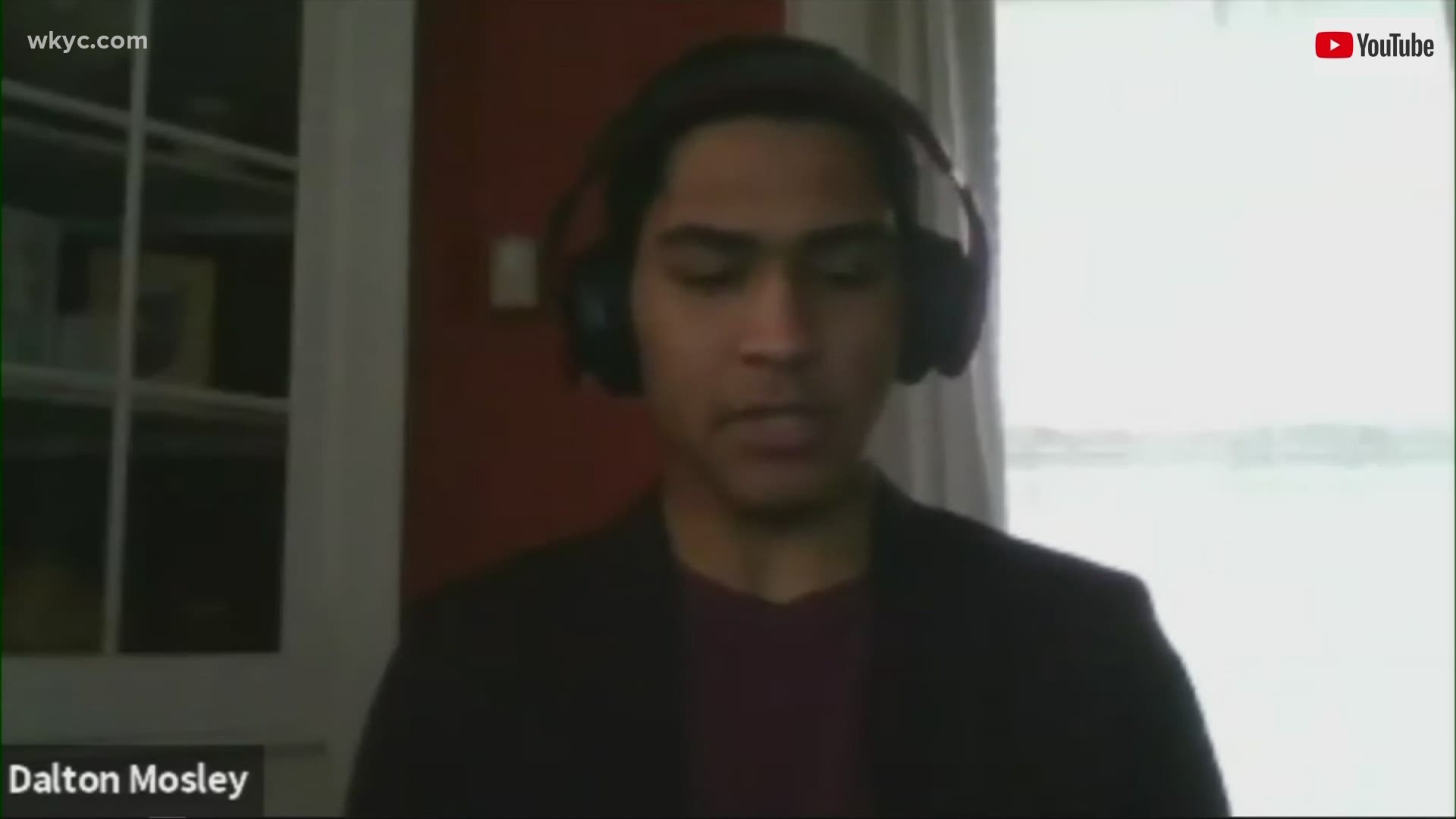 SHAKER HEIGHTS, Ohio — The Shaker Heights School system has had year-round efforts discussing race for decades, but today’s district-wide panel was focused on last week's chaos at the Capitol.

Shaker Heights Schools' Superintendent Dr. David Glaser says it was an important conversation to have.

“That we, as adults and educators provide a safe and instructive space for students to engage talking about they’re seeing,” says Dr. Glaser.

“What would they have done if Black Lives Matter would have stormed the Capitol,” asked Zarders.

“If it was Black Lives Matter who marched on the Capitol, it would be a lot more than four bodies that were dead,” said Joseph.

All students noted the difference in how mostly White crowds were treated compared to mostly Black crowds this summer.

Eleventh-grade student Alina Roach says they’re looking at everything, including the lack of police, the perceived lack of consequences, and what it says about how we react to large gatherings of different races.

“My classmates who are not Black, they have like a general response that they are sad by it and disappointed,  but I feel like since it’s hitting my community the hardest, I feel like there is a difference,” said Roach.

Seventh-grade student Bahji Jenkins says schools can’t shy away from topics that are uncomfortable because it can be a teaching moment.

“Teach about like, what’s happening more in the current events as well as things that have happened in the past,” says Jenkins.

This was not a one-time conversation, Dr. Glaser tells 3News, it will continue for the benefit of all students to understand different points of view.

“We lift up those perspectives and be able to have a broader community conversation about how these current events are impacting our Black students,” said Dr. Glaser.

The school system also had programming about race that was age-appropriate for students in grades 2-5 today as well.