Tyler Wynne suddenly had his $30,000 debt relieved in the blink of an eye! 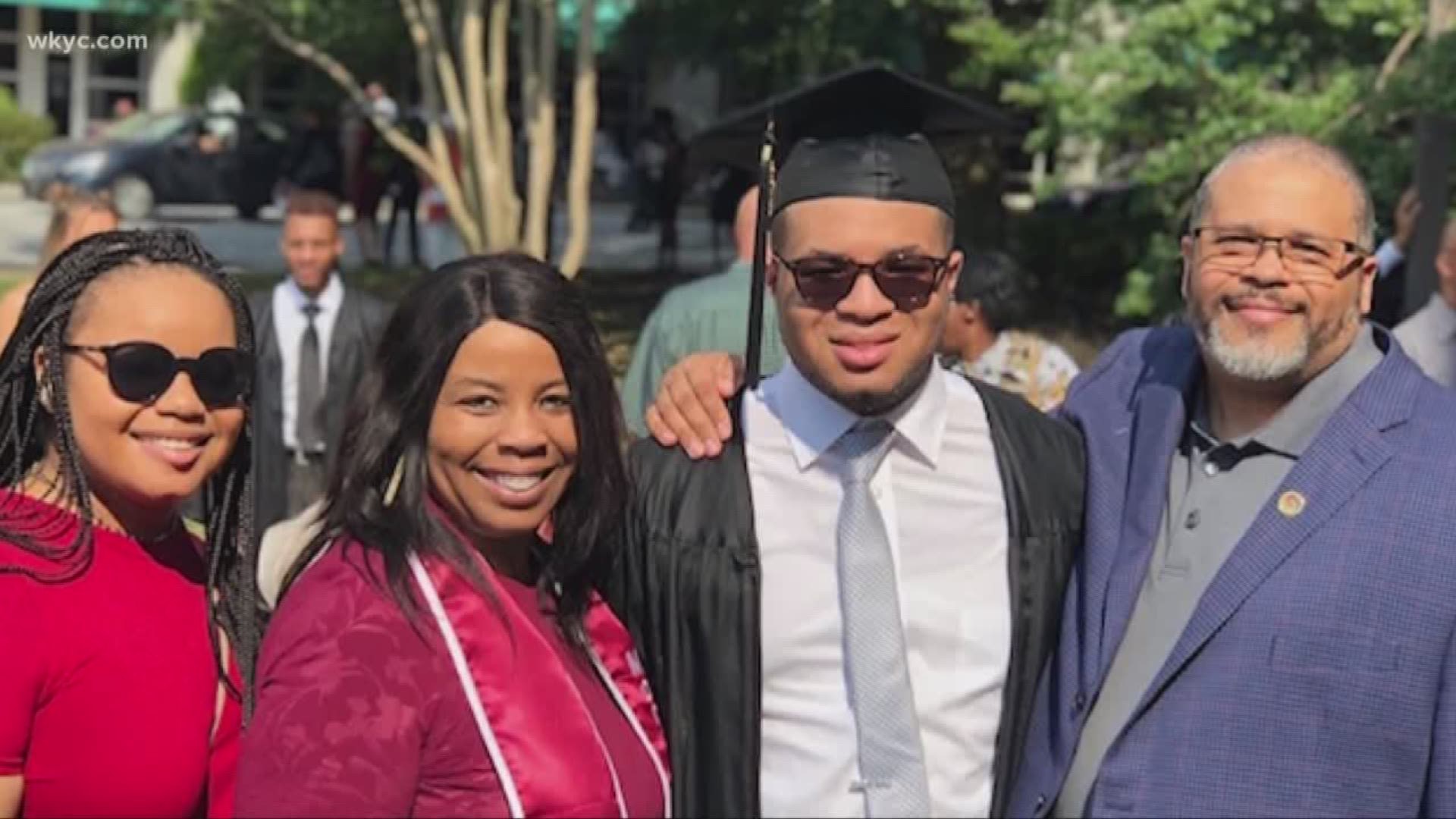 ATLANTA — Billionaire Robert Smith shocked the nation and a class of 369 men on Sunday when he announced he was paying off their student loan debt during his commencement speech at Morehouse College.

One of the graduates is from South Euclid. His family says they never saw this moment coming.

The Wynne's son Tyler suddenly had his $30,000 debut from Morehouse relieved in the blink of an eye.

"I just jumped up and the whole crowd started going crazy," he said.

Mom says she had to ask a woman next to her if she heard right. "I had to make sure I heard correctly. I tapped the lady next to me to me and said 'did he say what I think he said'. And she said yes Lord, loans are paid off".

However, it wasn't just the shocking announcement that made Sunday's commencement so important to Tyler.

Before his first birthday, the Brush High School grad suffered an asthma attack so severe, doctors said he wouldn't pull through.

By a miracle, he survived with only a speech impediment that he would use to propel his success.

Since the 4th grade, Tyler wrote letters and sent his report card to Morehouse's president at the time. He always got words of encouragement back.

It was part of a master plan to convince his parents to let him apply.

His mother can't work due to multiple sclerosis and his father worked multiple jobs to keep the family afloat.

Now Tyler has a Bachelor of Arts degree in history and an enormous relief lifted off his family's shoulders.

"Incredibly thankful," his father tells us. "And I just felt great to say that is my son."

As for Tyler, he will start a job with a major consulting firm in Atlanta this fall.