Filmmaker Conrad Faraj from Avon talked with 3News' Stephanie Haney about his winning moment and getting to meet 1917 director Sam Mendes and producer Pippa Harris. 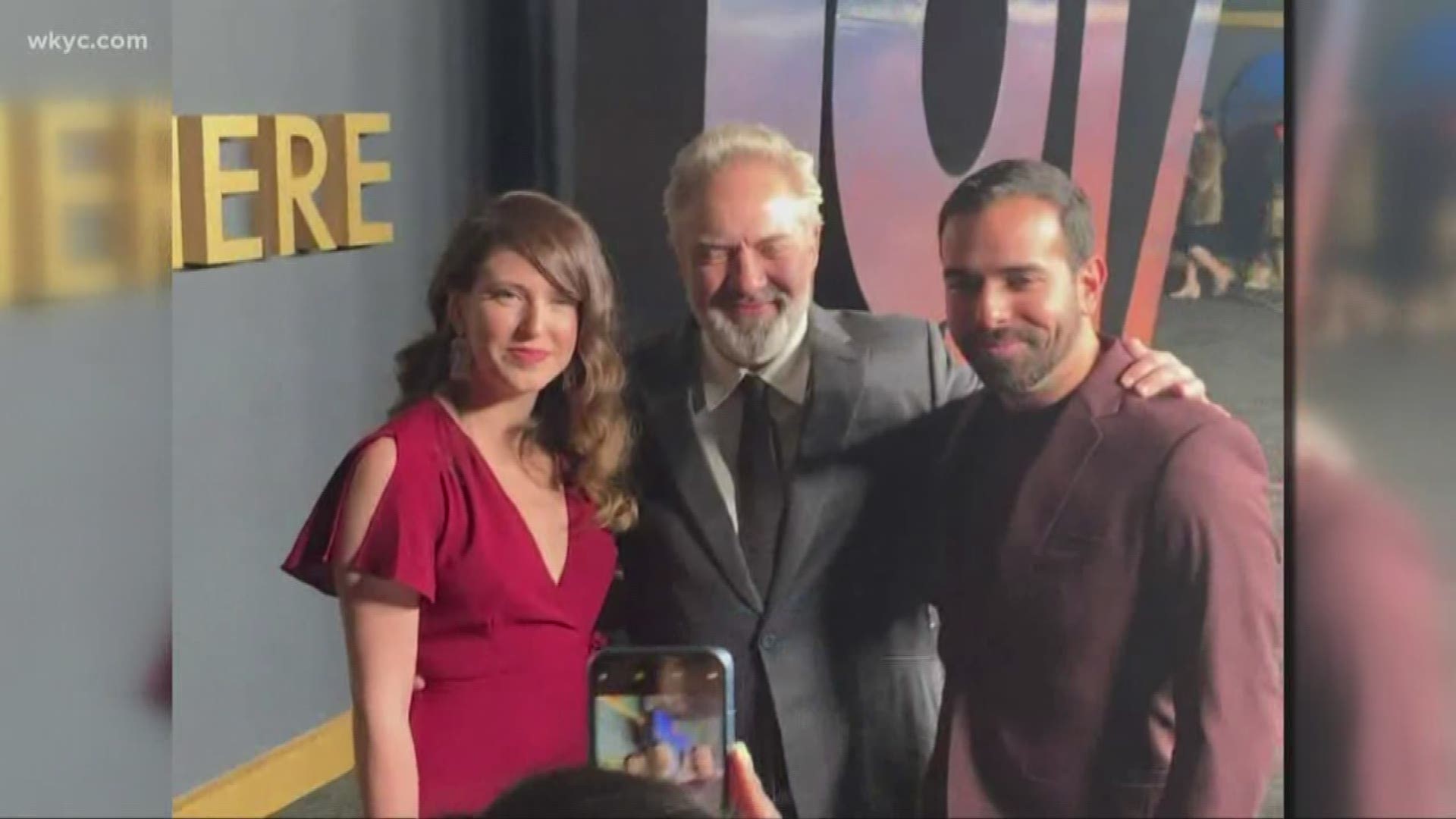 CLEVELAND — Over 100 filmmakers answered the call to submit an original, continuously shot short film from 1917 director Sam Mendes, and Northeast Ohio's Conrad Faraj made the final cut, landing him on the red carpet at the award-winning movie's premiere in Los Angeles.

Faraj, from Avon, won Mendes' "1917 One Shot Challenge" with Wedding Runner, the story of a man rushing to interrupt a wedding before the love of his life says "I do" to someone else.

Faraj sat down with 3News' Stephanie Haney to talk about his winning moment and what it was like to rub elbows with Mendes, who he considers his personal hero, and producer Pippa Harris on Hollywood's big night.

"It was surreal," Faraj said of being hand-selected by Mendes as the winner. "There were so many other good films that were competing for this nationwide contest. When I got the call that Sam Mendes, and Pippa Harris, the producer, had hand-picked my project, it was like something out of a dream."

Faraj was at work when he found out from NBC Universal and Ideas United that Wedding Runner had been chosen as the winner. "They had told me that they were going to interview me that day, but instead they told me that I had won, and I freaked out. I just could not believe it," Farah said.

Faraj said the most challenging aspect of creating the short film was the timing. "The movie had to be under two minutes," Faraj said. "I had a lot of really good assitant directors to help me kind of choreograph everything."

The cast didn't consist of enough extras for people to only show up in one scene, so Faraj and his team had to get the same people you see running close to the beginning of the film into the church to serve as the wedding guests you see near the end of the shot.

"Now you don't see it, it's a little bit of a camera trick, but thankfully all of our coordination paid off," Faraj said. "It took a couple of tries but I think we nailed it."

As part of the prize, Faraj got to attend the Los Angeles premiere of 1917 in December.

"Meeting the cast and crew was unbelievable," he said. "I remember being so nervous, then Sam Mendes came up to me and said, 'Hey, look, I've seen your movie now come and see my movie.' And I though, 'Wow, he's treating me almost like a friend, like an equal,' and that was so heartwarming."

It took about two and a half weeks for Faraj to bring the project to life, from learning about the competition to hitting send on the final edit.

"We spent one entire day filming the whole film and we had one day to edit it, and after that it was off to the races," Faraj said. (Even though the film was shot in one continues take, editors still need to do things like make sure the actors sound right, and the lighting and color show up properly.)

As part of the contest, the continuous film shot without edits was required to be exactly two minutes long, from title screen to ending credits, include a minimum of two characters, feature at least one exterior and one interior location, and center around the delivery of an urgent message (much like the story of 1917).

1917 is the World War I thriller from Mendes, which took home the 2020 Golden Globe Award for best picture among dramas on Sunday.

Watching Faraj's Wedding Runner here, in the player below: