Joe Exotic's team has limo on standby for potential release from prison, confident in possible pardon from President Trump: report

Exotic, whose real name is Joseph Maldonado-Passage, reportedly submitted an application for a pardon in September. 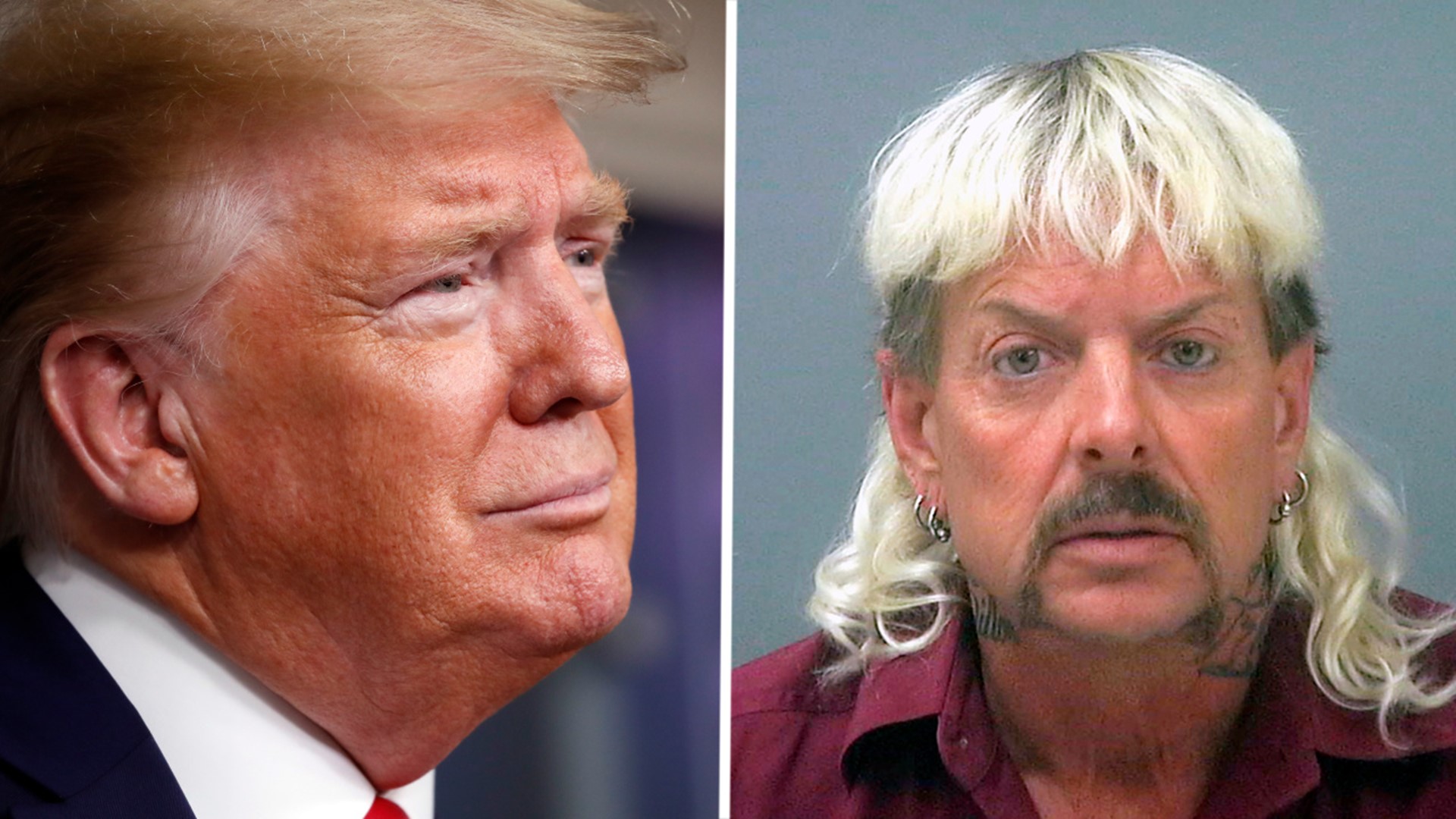 OKLAHOMA, USA — Editor's note: The above video is from April 8.

Joe Exotic's team is apparently so confident that the star of the Netflix series "Tiger King: Murder, Mayhem and Madness" will be pardoned by President Donald Trump and released from prison that they reportedly have a limo waiting at all times to pick him up.

According to a TMZ report, Exotic's team has reached an agreement with a limo company out of Dallas, Texas and they're keeping a Dodge Ram pickup truck stretch limo on standby in case he is released from prison.

The limo is reportedly on standby at all times.

There has been no word from any government source that there has been any progress on a pardon for Exotic, but a member of his team claimed that their legal team has received multiple calls "from Washington D.C." on the subject and says they are confident it will happen.

Exotic, whose real name is Joseph Maldonado-Passage, reportedly submitted an application for a pardon in September along with a handwritten letter where he calls the president his hero and insists he did not get a fair trial.

Maldonado-Passage, a former Oklahoma zookeeper, is currently serving a 22-year federal prison sentence after he was found guilty for his role in a murder-for-hire plot to kill Florida wildlife sanctuary owner Carole Baskin, and for killing tigers in his animal park.

An official Instagram account for Joe Exotic in September asked for letters to be sent to the acting pardon attorney to show support. It said an official pardon request would be made in less than 48 hours.

During an April press conference, Trump said he'd "take a look" when asked if he would consider pardoning Maldonado-Passage. That same week, Trump's oldest son, Donald Trump Jr., joked he would lobby for a pardon for Joe Exotic on SiriusXM’s “Jim Norton and Sam Roberts" radio show.

A change.org petition was launched since the docuseries debuted to get President Trump to pardon Joe Exotic. It currently has more than 59,000 signatures.

In June, a federal judge awarded Carole Baskin ownership of the private Oklahoma zoo run that used to be run by Maldonado-Passage.

Calls for a pardon for Exotic have reached different areas of the country, including in Washington D.C. and even in Harrisburg, Pennsylvania.

A new ad on a digital billboard in Harrisburg is catching the eye of many that drive by.