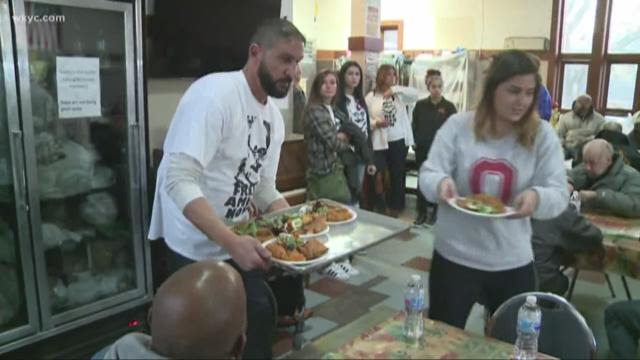 Youngstown businessman Amer Al Adi Othman could soon be deported back to Jordan. He's lived here in the United States for 40 years, but immigration officials made the determination that Othman has no legal basis to be here.

While Othman has been in custody for more than a week, his family is carrying on his legacy of helping to feed the homeless.

The irony of Friday's event was not lost on the Othman family. Al has been on a hunger strike for 11 days since being taken into custody by ICE.

"My husband loves this community, loves this country. He loves to give," said Al's wife, Fidaa Othman. "If you come to Youngstown where we are at and speak to the community there, they'll tell you he's a loving and giving person. This is on his behalf, we can't do anything else."

Citing operational security concerns, an ICE spokesman declined to say how soon Othman could be deported or whether he would have the opportunity to purchase his own ticket.